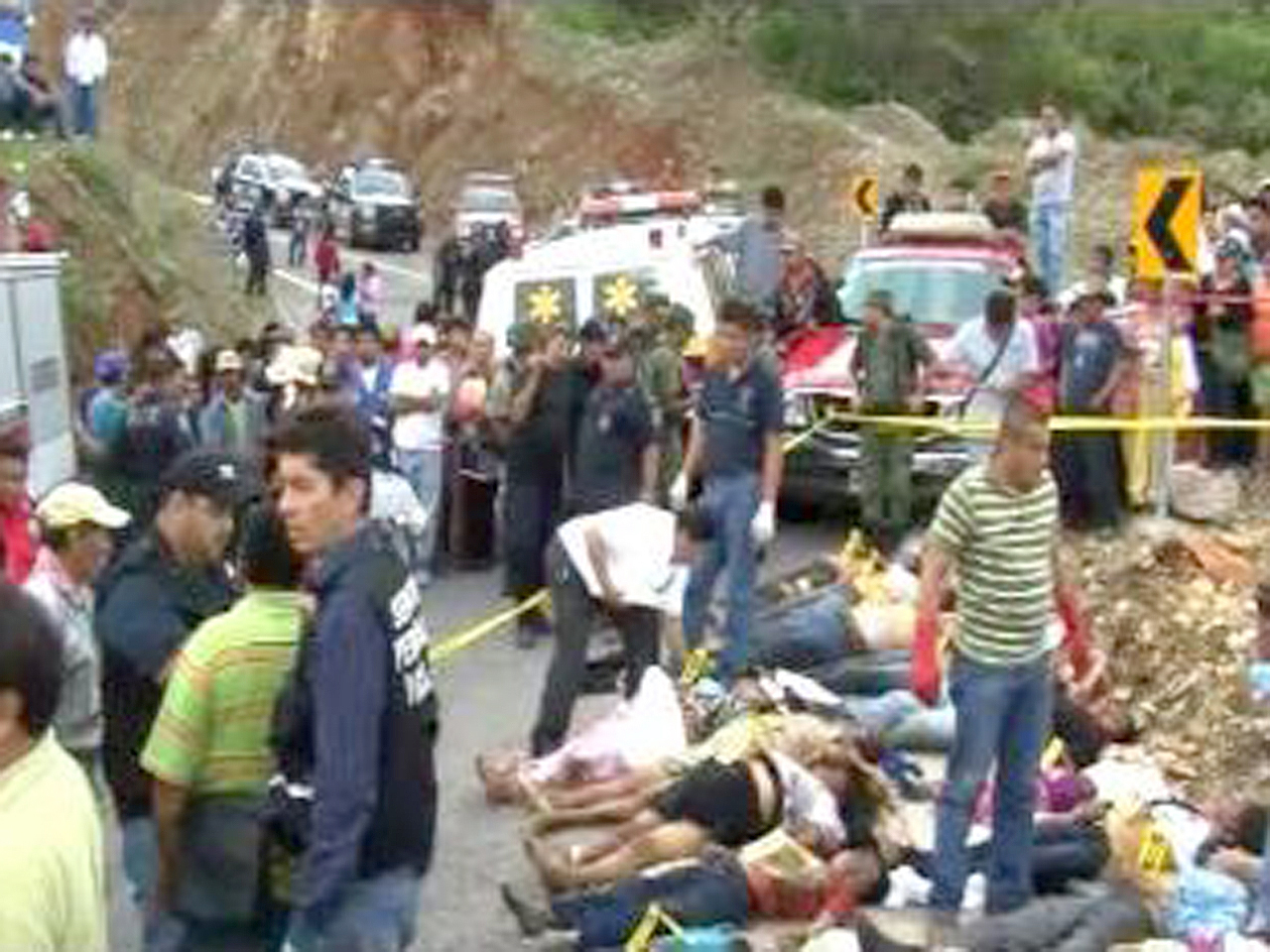 A state government press release says the vehicle was headed to the town of Buenavisa de Cuellar, 83 miles from the capital of Chilpancingo del Bravo.

The statement says the bus' brakes gave out, causing it to skid off the road shortly after noon on Sunday. The bus was carrying people to a political rally.

The leftist Democratic Revolution Party released a statement expressing condolences for party supporters killed in the crash and their families.