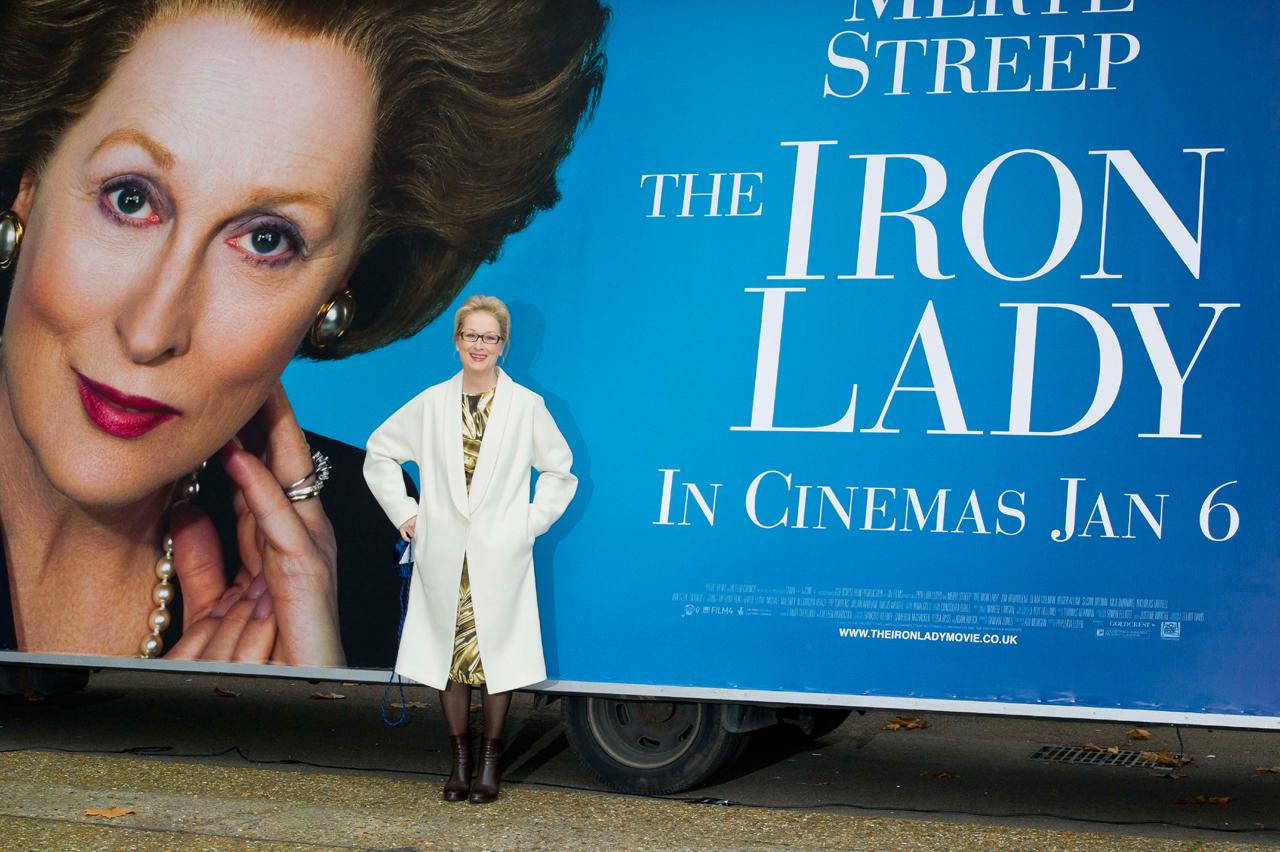 (CBS/AP) Meryl Streep gave a sneak peek Monday at what she will look like as "The Iron Lady." The award-winning star unveiled the official poster for the upcoming film in London. Just from the promo shot, Streep bears a strong resemblance to Britain's first female prime minister Margaret Thatcher.

Streep visited Parliament to research the role of Thatcher, who governed Britain from 1979 to 1990.

The 62-year-old actress told the Daily Mail, "It took a lot out of me, but it was a privilege to play her, it really was."

"I still don't agree with a lot of her policies," added Streep. "But I feel she believed in them and that they came from an honest conviction, and that she wasn't a cosmetic politician just changing make-up to suit the times. She stuck to what she believed in, and that's a hard thing to do."

Thatcher's family has expressed fears the film will be critical, but director Phyllida Lloyd says it is not ideological.

Lloyd said that "when they see Meryl's performance they will understand how much care and attention to Lady Thatcher's dignity she's given it."

Streep has been shooting scenes for her next film, "Great Hope Spring," with Steve Carell and Tommy Lee Jones.