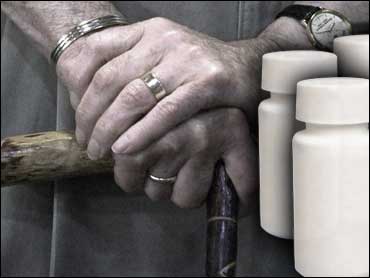 Vioxx, the blockbuster arthritis drug heavily promoted on TV and taken by tens of millions of people, was pulled from the market by its maker Thursday after a study found it doubled the risk of heart attacks and strokes.

Experts advised patients to immediately stop taking Vioxx and talk to their doctors about alternatives.

"Given the availability of alternative therapies, and the questions raised by the data, we concluded that a voluntary withdrawal is the responsible course to take," said Ray V. Gilmartin, chairman, president and chief executive of Merck & Co.

The news of Vioxx's dangers came five years after Merck put the drug on the market with great fanfare. Vioxx has since become one of the world's most aggressively marketed drugs, advertised in magazines and in TV commercials, with celebrity endorsements from former athletes Dorothy Hamill and Bruce Jenner.

The withdrawal marks a serious blow to New Jersey-based Merck, the world's third-largest drug maker. Vioxx accounted for $2.5 billion in worldwide sales in 2003, and has been taken by 84 million people worldwide since its introduction. An estimated 2 million people are now using it.

Merck stock plunged $12.07, or nearly 27 percent, to close at $33 in extremely heavy trading, wiping out $28 billion in market value. Merck also dragged down the Dow Jones industrial average, which was off by more than 55 points.

Vioxx, which is also prescribed for acute pain and disorders such as carpal tunnel syndrome, is seen as a potential cancer-prevention medicine as well. In fact, the recall was prompted by a three-year study aimed at showing that the drug could prevent the recurrence of potentially cancerous polyps in the colon and rectum.

Participants taking Vioxx for more than 18 months were found to be twice as likely as those given dummy pills to suffer a heart attack, stroke or other heart complications.

CBS News Correspondent Sharyl Attkisson reports experts flagged a heart issue as far back as 1999, when Merck's own pre-trial study of Vioxx revealed significantly more heart attacks and strokes than a competitor.

The Food and Drug Administration said there were early signs of potential problems with Vioxx. A Merck study led to warnings about heart risks being placed on the drug's label in 2001, and the FDA has been monitoring problems that have been reported since then.

"This is not a total surprise," said Dr. Steven Galson, acting director of the FDA's Center for Drug Evaluation and Research.

It's not the first time the FDA has been accused of foot-dragging, reports Attkisson. Congress just blasted the agency for sitting on studies showing most antidepressants weren't proven to work in the millions of kids taking them, and they can increase suicidal behavior.

Vioxx is part of a class of anti-inflammatory drugs called cox-2 inhibitors that have been heavily touted by the pharmaceutical industry as being more effective and having fewer side effects, particularly on the stomach, than older drugs. Pfizer's Celebrex and Bextra are also cox-2 inhibitors. But so far there has been no evidence that these other drugs pose any dangers to the heart.

Officials do not yet know how Vioxx may be causing the increased risk.

Alternatives to Vioxx include generic pain relievers such as ibuprofen and aspirin, as well as Celebrex.

"There are very few patients for whom there won't be a good alternative drug," said Dr. Steven Abramson, director of rheumatology at New York University Hospital for Joint Diseases.

Abramson said there is no reason for those who used Vioxx in the past to panic; he said there is no evidence that the elevated risk of heart attack persists after a patient has stopped taking the drug.

In the study that was halted, 45 of the 1,287 people taking Vioxx had heart attacks or other cardiovascular problems versus 25 out of the 1,299 who got dummy pills, Merck reported. That translated to 3.5 percent of patients on the drug and only 1.9 percent on placebo, according to the FDA.

Personal-injury lawyers have already begun circling Merck, with at least one announcing plans for a class-action lawsuit. Another claimed he already represents 58 patients around the country allegedly harmed by Vioxx, including people who suffered a heart attack, stroke, internal bleeding or kidney failure.

"It's a disaster for Merck, coming at the worst time," said health care analyst Hemant Shah of HKS & Co. in Warren, N.J.

Merck said patients with leftover pills can mail them back to the company for a refund. Vioxx is costly, with a 30-day supply costing about $100, far more than generic pain relievers.

Vioxx was the 20th-best-selling drug in the United States last year, accounting for $1.8 billion in sales. But sales dipped 18 percent in the second quarter of this year to $653 million, partly because of increasing concerns about the drug's safety.

Merck also is faced with the 2006 expiration of its patent for Zocor, a cholesterol drug that is its best-selling product. Sales are expected to plunge when generic competition begins.

Merck's announcement stands to benefit rival Pfizer, the world's biggest drug maker. The two companies have been battling for market share, with Pfizer's Celebrex dominating the market with about $5 billion in U.S. sales alone last year.

Vioxx's removal also will be a blow to hopes that it and other cox-2 inhibitors could be used to prevent cancer in people at high risk of developing it. A landmark study in 2002 showed that small, daily doses of aspirin could prevent colon cancer, and studies hinted that cox-2 inhibitors might do the same, perhaps without aspirin's side effects.

The FDA on Sept. 8 approved the use of Vioxx for rheumatoid arthritis in children as small as 2 years old and 22 pounds. FDA officials said Thursday that no safety problems have been found among children using the drug. 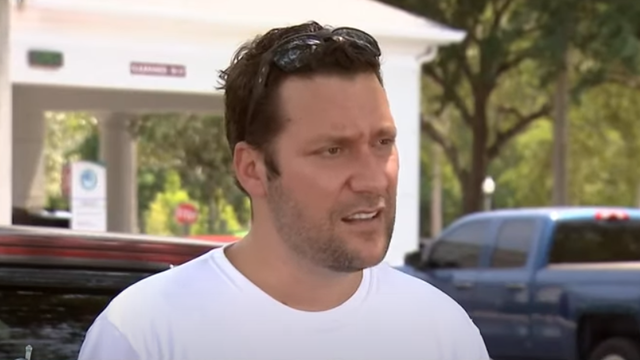 The agreement includes a clause stipulating that Greenberg will cooperate with the U.S. government in other investigations.