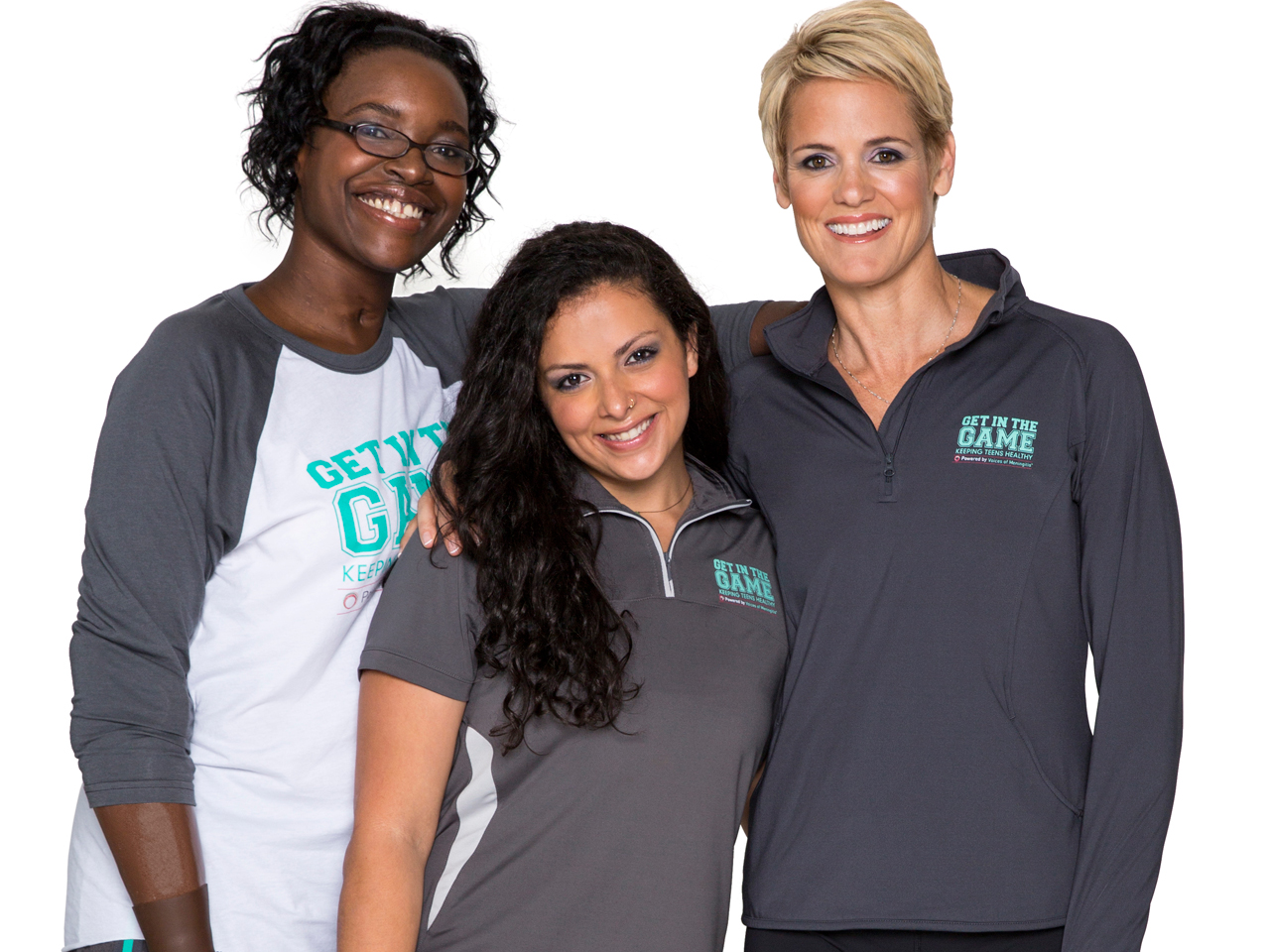 A trio whose lives have been impacted by athletics is warning young people that a preventable disease they may never have heard of may derail their dreams.

Meningococcal meningitis survivors Rayna DuBose and Jamie Schanbaum have teamed up with five-time Olympic swimmer Dara Torres for the Get in the Game campaign for Voices of Meningitis. The campaign aims to spread awareness about the dangerous infections and urge young people to get a vaccine.

Voices of Meningitis is a collaboration between the National Association of School Nurses (NASN) and Sanofi Pasteur, the maker of the Menactra vaccine, one of three-approved meningitis vaccines.

"I was definitely one of those parents who didn't know what meningococcal meningitis was," Torres, a 12-time medalist and mother of a 7-year-old daughter and 13-year-old stepchildren, said to CBSNews.com. "I didn't know it could kill a healthy child within 24 hours."

Meningococcal diseases are infections caused by a bacterium called Neisseria meningitidis. If contracted, a person may develop meningitis, a serious swelling of the tissue that lines the brain and spinal cord. People with the diseases may rapidly develop potentially-lethal bloodstream infections.

About 10 percent of people will carry the bacteria in the back of their nose and throat without showing symptoms. Neisseria meningitidis can spread through respiratory secretions like saliva, and as such, can transmit through seemingly-innocent actions like kissing, sharing drinks or living in close quarters.

That means increased risk for teammates on a school sports team and college roommates, Torres, a paid spokesperson for the campaign, pointed out.

"You see Rayna and Jamie," said the Olympian. "They were the lucky ones that survived, but...they've been through hell and back with contracting that disease."

Rayna DuBose recalled to CBSNews.com, "The thing about meningitis is, it strikes so quickly."

DuBose was a top recruit when she arrived in 2001 on the Virginia Tech campus in Blacksburg to fulfill her athletic destiny and play NCAA basketball.

"As soon as my dream started it pretty much came to an end," she said.

That April, shortly after the Maryland-native got on the bus home for Easter break, DuBose started to feel sick. She dismissed her symptoms as flu and dehydration, and laid around her home for a few days.

But as she describes it, DuBose soon fell into a coma she wouldn't wake up from for three weeks.

Initial symptoms of a meningococcal disease include sudden onset of fever, headache and stiff neck, often accompanied by other problems including nausea, vomiting, light sensitivity and altered mental status, or confusion.

A common outcome of the disease is a bloodstream infection, namely septicemia or bacteremia. In the case of septicemia, which is especially deadly, bacteria enter the bloodstream and multiply, damaging blood vessels and causing internal bleeding in the skin and organs. A coma can ensue. For those that survive, permanent disabilities like amputations or severe scarring as a result of skin grafts are likely.

DuBose's first memory when she woke up was of a plastic surgeon telling her she needed to have all four of her limbs amputated because lack of blood flow had turned them gangrenous.

"The thing about bacterial meningitis is it will take everything from you," she said.

DuBose realizes she was luckier than others, because many of those sickened die within only one day, and don't show symptoms in advance like she did.

DuBose joined the campaign because college students and athletes -- she was both at the time of her infection -- may think they're invincible, she said, and not realize how vulnerable they are to a disease that can harm otherwise healthy people.

Jamie Schanbaum says she too felt invincible when she was a 20-year-old sophomore at the University of Texas at Austin in 2008.

Then her life changed because of meningitis in a span of only 14 hours.

One night around 8:00 p.m. while staying at a friend's, Schanbaum recalled to CBSNews.com, she started feeling sick and took a nap.

"A couple hours later, it got serious," she remembered.

Her limbs felt sensitive to the touch of the bathroom floor; she couldn't even walk without holding onto the wall to support herself. Schanbaum tried to sleep through the night, but by the next morning, her sister forced her to the hospital.

"I didn't leave for seven months," she said. Initially, she thought she'd be in and out after doctors figured out what was wrong.

Meningococcal meningitis forced doctors to amputate her fingers and both legs below her knees.

Like DuBose, meningitis was not on a list of Scahumbaum's concerns heading into college. Neither knew there was a vaccine.

"I don't want anyone to go through what I did," said Schanbaum of her reason for becoming an advocate.

She sponsored a bill passed in 2009, the Jamie Schanbaum Act, requiring all students living in Texas college dorms to get a vaccine against meningitis.

Mild side effects including redness, soreness and fever may take place following a vaccine. In rare cases, a serious allergic reaction may occur. People who have had allergic reactions to vaccines should speak with their doctor before getting immunized for meningitis, says the CDC.

Schanbaum said she strongly urges the vaccine because meningitis is not the type of disease where a person will get sick, walk over to the doctor or health clinic and get prescribed a pill to get better.

By the time you learn about meningitis from a doctor, she said, it may be because you've been admitted to an emergency room in need of life-saving care.

"If I knew about how quick that disease would set in, I probably would have gotten the vaccine," she said.

Torres recalled while she was in college, an athlete developed the infection, leading to quarantines and preventive antibiotic treatments for other athletes. Even then, the gravity of the situation did not set in.

"I think people don't really understand what actually can happen," she said. "After meeting Jamie and Reyna, it makes it so real."

DuBose said she got through her recovery with the athletic determination she'd use when coming back from any injury. She called her bout with the disease and her subsequent recovery her "greatest learning experience," and now shares her story as a full-time motivational speaker.

"What a lot of people don't understand it doesn't just affect the person going through it," she said, noting friends, family members and the community also suffer. "It's going to snatch everything from you, basically."

Schanbaum turned her plight into a Paralympic career. Prior to getting sick, she only rode her bike to commute to school. But her prosthetist mentioned to her that some other amputees at her rehab center cycled, and she should come ride along. Next thing she knew, she met who would become her coach and enrolled in a national tournament and won. She made the U.S. team for the 2011 Parapan American Games in Guadalajara, Mexico.

With her new prespective on life following her meningitis battle, Schanbaum doesn't take her athletic abilities for granted.

"I thought this is something I wouldn't be able to do," she said. 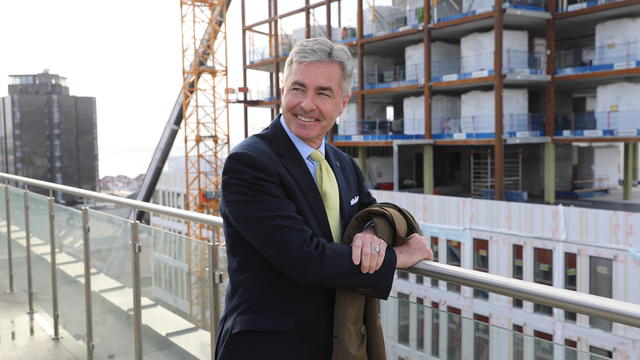 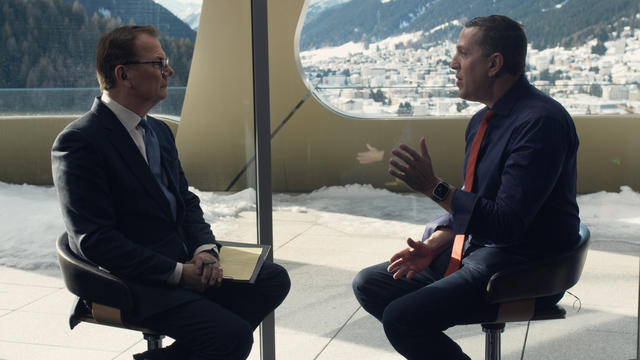 The future of data utilisation 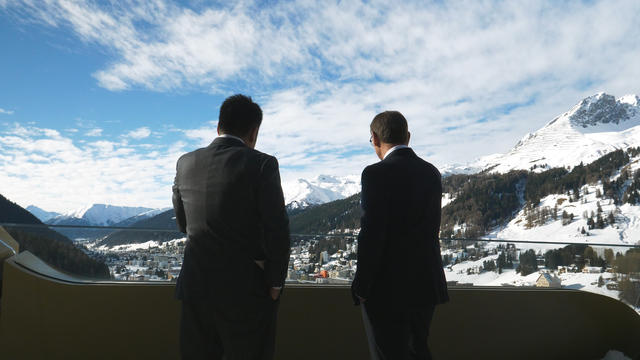 Revolutionize Your Personal Data with the Japan-Estonia Team. 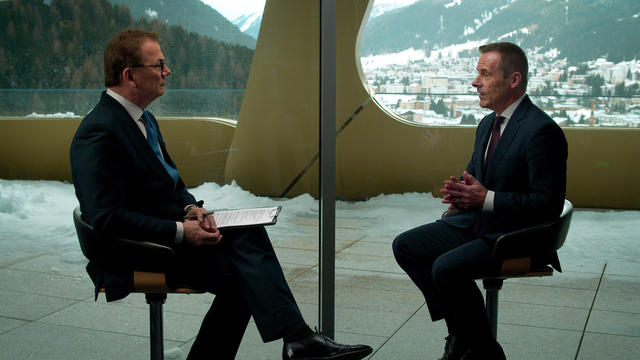 Feeding the world without starving the planet

Bayer aims to help agriculture become part of the solution to climate change. 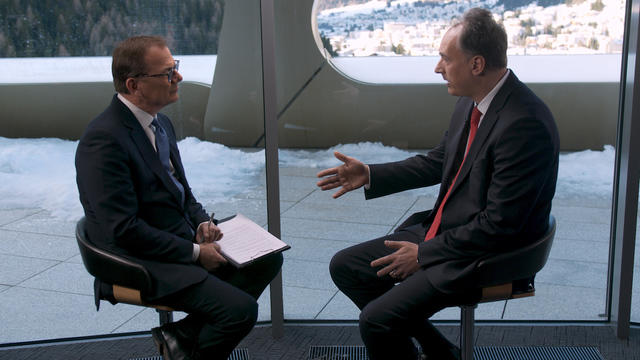 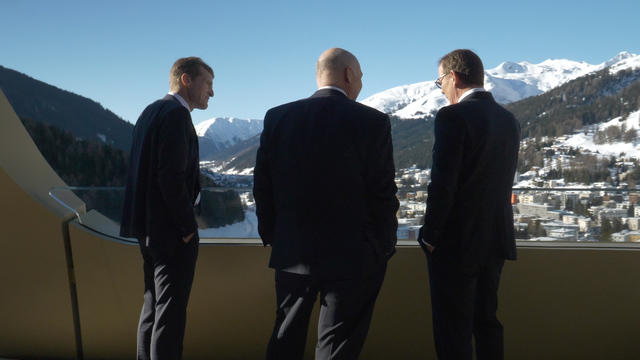 Enhancing Transit for the Future