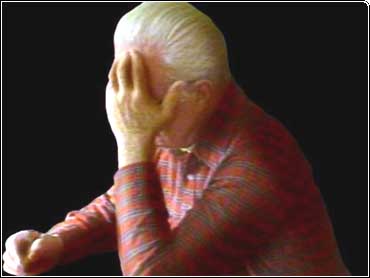 How do married men fare after a divorce?

When it comes to some American men, apparently not well, according to a University of California sociologist who just published a large national study on divorce and suicide.

Augustine Kposowa of the University of California at Riverside, spoke from Los Angeles on his findings with The Early Show's Jon Frankel on Thursday.

"Divorced and separated persons were over twice as likely to commit suicide as married individuals," Kposowa states in his study. In fact, divorced men end up with twice as high a risk of suicide as their married counterparts.

He did not find such a high suicide rate among divorced women, however.

First, he cites "financial obligations," adding that "The courts in the United States are in a position now whereby money is given to the woman, or the man is forced to pay alimony, child support. The man is also asked, in some cases, to vacate the house."

Kposowa also notes familial factors. "If a man loses custody of the children and the woman keeps those children, there are situations whereby she may not allow the man to see the children, and that causes some depression," he says.

And there are the methods used. "Generally the methods that men and women use to commit suicide are different. Men tend to use guns, for the most part, in the United States. In fact, in 60 percent of suicides that are committed are by a firearm, a gun."

"Women are, on the other hand, attempt suicide more often than men," Kposowa says. "Men are more likely to take their own life."

"Women tend to initiate divorce more than men," Kposowa notes. "They do think about suicide. They attempt suicide more often than men do, but men (are more likely to go through with it) because men use more lethal weapons, whereas women use less lethal weapons. If a man uses a gun, he's less likely to survive. If a woman uses drugs, medications,...her chances of survival are higher."

Here are some key points, excerpted from the study's findings, when adjusted for the effects of socioeconomic status:How does Kposowa explain the connection? "It may be marriage confers health and many other advantages which divorced persons lack," he writes.

The different findings by sex occur, he argues in the report, because "Perhaps women form greater supportive networks, such as meaningful friendships at a higher level than men, and regardless of their marital status." So when their marital status changes, women have their friends.

"Although divorce is a crisis and a profoundly stressful life event for many people, men and women react to the crisis and stress differently. Men kill themselves, but women do not," he further writes.