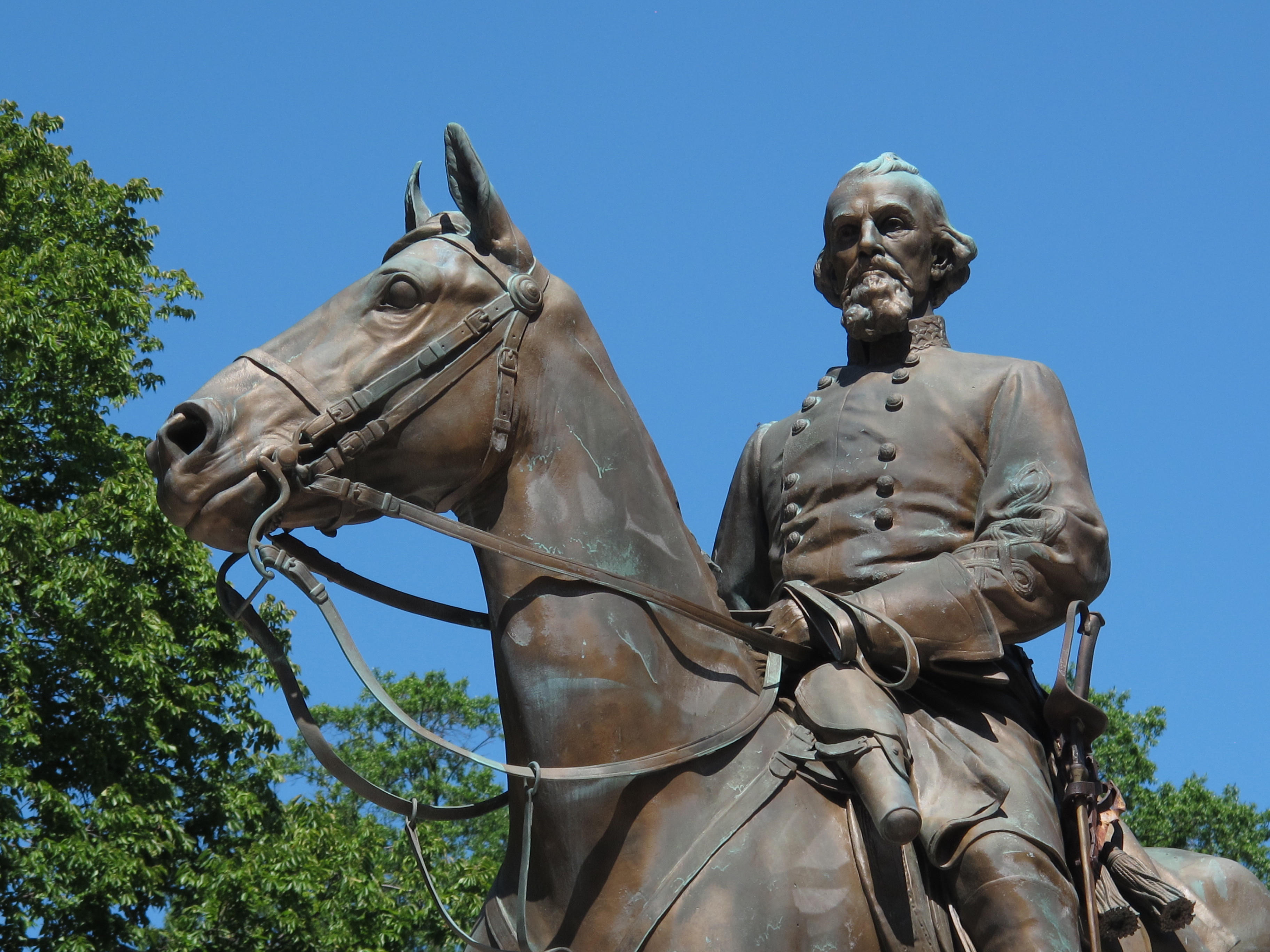 MEMPHIS, Tenn. -- A city attorney says Memphis, Tennessee, and the Sons of Confederate Veterans will enter mediation over the removal of a statue of Nathan Bedford Forrest from a public park.

The Commercial Appeal reports that Memphis City Council Attorney Allan Wade announced the mediation Tuesday. Wade also recommended delaying the unveiling of a plan to remove the statue of Forrest, a Confederate general who was a slave trader before the Civil War and an early leader of the Ku Klux Klan after the conflict.

City leaders have expressed their desire to move the statue from Health Sciences Park. The Sons of Confederate Veterans has fought the city's efforts.

Lee Millar, a spokesman for the veterans group, said it agreed to mediation but will accept no resolution that moves the statue.

Across the country, a legion of Confederate monuments have fallen, some after the 2015 Charleston massacre of nine black churchgoers by a white supremacist. Then, many more after white supremacists used the proposed removal of a Robert E. Lee statue in Charlottesville, Virginia, as pretext for a rally that shocked the nation.

"We're having, once again -- for whatever it is, the 17th time -- a major racial reckoning in America," Yale Civil War historian David Blight told CBS News in September. "And we don't know exactly where this one's going."

According to Blight, most early Confederate monuments were part of an effort to recast the secessionist cause as a noble one -- one that supposedly had little to do with maintaining slavery.

"A sole monument to a Confederate soldier or to his unit is not necessarily a monument to white supremacy," Blight said. "However, the broader process of Confederate memorialization has everything to do with creating a white supremacist society. There's just no doubt about that when you go back and look at the period and look at the relationship between not just monuments but the whole memorialization process of the Confederacy."

The first major Confederate monument of Stonewall Jackson was unveiled in Richmond in 1875.