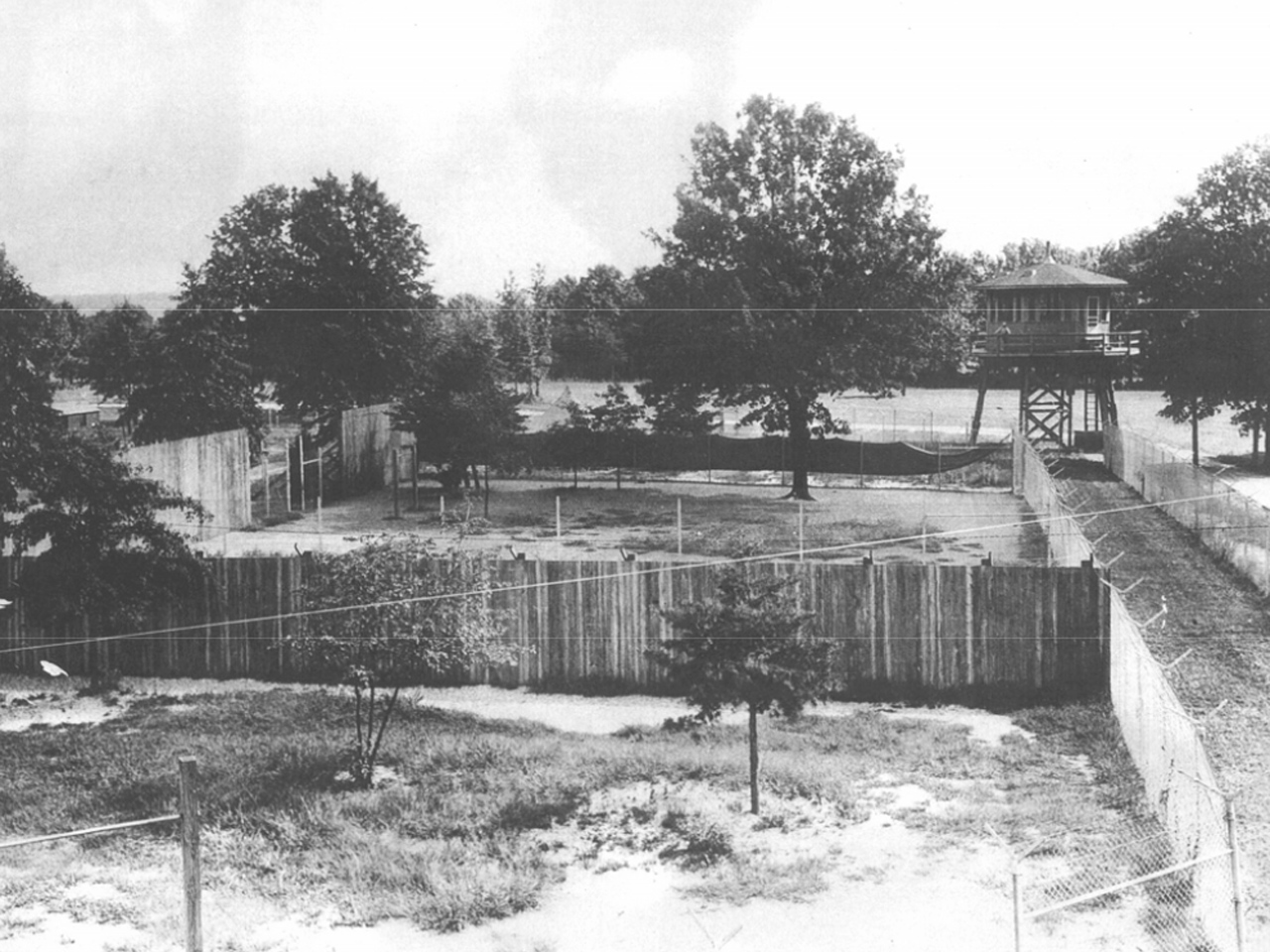 "P.O. BOX 1142" . . . an ordinary-sounding address for a place that played an extraordinary role during the Second World War. Seth Doane has been digging into its past:

It may seem hard to believe, but an open field in Alexandria, Va. -- a mere 13 miles from Washington, D.C. -- was once a top-secret military site.

Now all that is left are some stories and old pieces of cinderblock.

"It was pretty intentionally wiped clean and gotten rid of," said Brandon Bies, a history buff and National Park Service Ranger, who has spent the last eight years trying to uncover the hidden history of this place.

It's a journey that led him into the past -- and to 94-year-old Rudy Pins.

Doane asked Pins, "How was it to live with a secret like that?"

"Well, you get used to it," he replied. "Your fellow soldiers had the same secret."

Today, Pins is finally free to talk about his time as a U.S. Army intelligence officer at this prisoner-of-war camp during World War II.

"It was a secret installation for the interrogation of POWs -- Japanese, Italian and German, but mainly German," he said. He had no idea beforehand that it existed. Very few knew of the classified camp, code-named "P.O. Box 1142," located in Alexandria, even though 3,400 high-ranking prisoners of war were interrogated there between 1942 and 1945.

After the war, buildings were bulldozed, records were sealed, and those who knew anything about P.O. Box 1142 were sworn to secrecy -- including the German-born, Jewish Rudy Pins.

Doane asked, "What did the Nazis, what did Hitler do to your family?"

"Destroyed it. Humiliated it," he replied.

His parents were executed in the Holocaust.

On his balcony overlooking Honolulu, Pins showed Doane pictures of his brother and the family he left when he fled Germany in 1934. As a 14-year-old refugee, he was raised by American foster parents in Ohio.

"It was sad, but I don't know whether I had the full grasp and meaning of it -- and maybe that was good," Pins said.

His first-hand knowledge of Germany and its language made him an ideal recruit for U.S. Army Intelligence. At age 24 he started interrogating German POW's at the camp -- a secret part of Fort Hunt.

"I used to sit across from enemy soldiers who in combat would've killed me, and I probably would've killed them," he said. "My job was to get as much useful information as possible."

"You were face-to-face with the forces that destroyed your family?"

"They were the enemy. They were treated as the enemy. But you can't let your emotions get away from you. You also have a job to do."

Ranger Bies said, "It's an amazing story to try and think about what was going through the minds of these German-born Jewish American interrogators as they were sitting face-to-face, with someone who might have been responsible for interning relatives of theirs in a concentration camp.

Bies' quest to uncover what happened here all started with a chance encounter in 2006. A fellow Ranger had given a tour of the old military base Fort Hunt, and referenced some sort of secret activities that the Park Service thought had happened on these grounds.

"Someone raised their hand and said, 'My next-door neighbor used to be an interrogator here at Fort Hunt, and I'm sure he'd love to talk to you,'" said Bies.

But the veteran wouldn't reveal anything until the Pentagon gave him clearance to talk about what he'd learned.

"Then he began to tell the stories of top secret items that I never thought we would hear about: German rocket programs, atomic bombs, things that seemed like they were straight out of a movie or a sci-fi novel, if you will," said Bies.

Interrogations revealed details about the then-superior German U-Boat technology. That helped the U.S. Navy effectively target the subs and neutralize the U-Boat threat.

The U.S. also learned about the construction of German V-1 and V-2 rockets that rained down on London. The information gathered here helped guide U.S. airstrikes on those Nazi facilities.

Pins said, "You don't get people to talk by beating 'em or waterboarding or anything of that nature."

"Did you ever use coercive measures?" asked Doane.

If a POW wouldn't talk, he could be taken to an old ammunition depot where he might face a soldier dressed up as a Russian officer.

"It was basically the World War II version of 'good cop bad cop,'" said Bies. "And the American interrogator would say. 'This is your last chance; you can tell me the information that we are looking for, or we're going to send you off with these Russian officers.'"

Those stories were never written down. The ones that were -- and have since been declassified -- are housed at the National Archives.

Amid the reams of typewriter-smudged documents are photographs, secrecy agreements, and original interrogation notes.

Among the questions Rudy Pins asked were about "attitude towards Hitler and regime."

Those questioned at P.O. Box 1142 included high-ranking generals, the Japanese ambassador to Germany, and more than a hundred German scientists.

Doane said to Pins, "In one of those interrogation notes you wrote, 'So-and-so is a very stupid Nazi.'"

"He probably was!" laughed Pins.

"Do you think the information you got at P.O. Box 1142 helped turn the tide of the war? Did it make a difference?"

"I would hope so," Pins said. "But, you know, it's like a jigsaw puzzle. You need all the pieces to get the picture, and we got some of the pieces."

Bies and the National Park Service are still trying to piece together the history.

A storeroom holds what one day could sit in a museum: pictures of high level POWS, or a charred book rescued from a burning U-Boat.

"The documents are fantastic," said Bies, "but unless you have the history and voices behind those documents -- and there is so much that isn't written down -- the human element, to talk to the veterans is the only reason we know what we know."

More than three-quarters of the veterans Bies interviewed have since died. If he hadn't uncovered their stories, they could have stayed hidden forever.