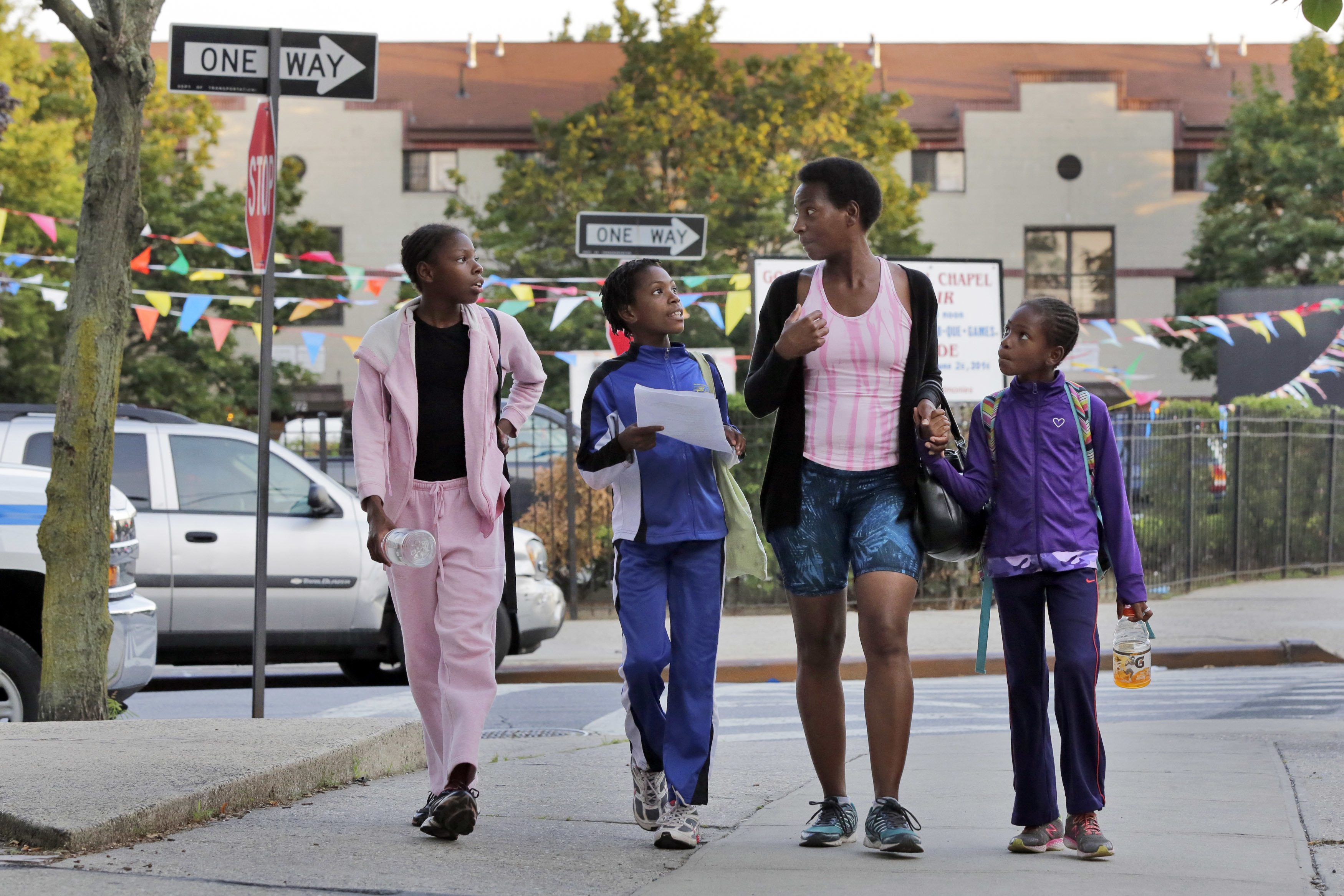 NEW YORK -- The biggest surprise Monday for 10-year-old Rainn Sheppard, competing at the Junior Olympics in Houston and far from the New York City homeless shelter she shares with her two sisters and mother, wasn't the gold medal she won in the 3,000 meters.

It was the arrival of her mother.

Rainn and her sisters, 11-year-old Tai and 8-year-old Brooke, had hoped merely to make their mother proud, since she couldn't afford to make the trip from the Brooklyn shelter herself. But as Rainn was being interviewed by a local reporter Monday at the race venue, Tonia Handy surprised her daughter with a giant hug.

"I couldn't believe she was here," Rainn said in a phone interview. "I still can't believe it."

After The Associated Press wrote Friday about the family's challenges, a New York philanthropist contacted Handy and bought her a plane ticket.

Shortly after the surprise, Rainn went on to win the gold medal in the 3,000-meter race for her age group. Her two sisters compete in their first events Tuesday.

The girls and their mother have been homeless since early last year, when they were evicted from their Brooklyn apartment for failing to pay the rent. Handy, 46, has a job answering phones at a car service, but it hasn't been enough to support the family. She has been raising her family alone for a decade. After a stint in a motel, they wound up in a city shelter.

The girls, who still have their estranged father's last name, started competing in track in January 2015.

Before traveling to Houston, the sisters told WCBS how track and field has changed their lives.

After reading about the family, Ken Smaltz Jr., who runs an Alzheimer's foundation and owns a rare coin business, reached out to Handy and offered to pay for her flight to Houston. Smaltz said he never intended to be public about the gesture, but spoke after the AP tracked him down. "It just feels nice to help someone," he said.

That hasn't been the only offer of help. Other people who saw her story contributed at least $7,000 to a crowd funding website that Handy had set up to raise money for the trip - more than twice the original goal.

Handy said she has since shut the site down and redirected donors to the website of their team, the Jeuness Track Club. Handy said she has also received calls from people asking for her resume with the intention of offering her a better job. The mayor's office, she said, has contacted the family and asked to set up a meeting when they get back to New York. Local track teams sent gifts and cards to the girls' entire team.

For Handy, who had felt like she was burdening the team because she couldn't pitch in financially, the support has been extra meaningful.

"Now it feels like not only can I be on the team, but I can actually give to the team," she said.

Speaking to WCBS, Rainn explained why exactly long-distance running gives her such joy.

"It's better than being in the group. I'm like zoned, I'm thinking about that. It's just peaceful," she said.