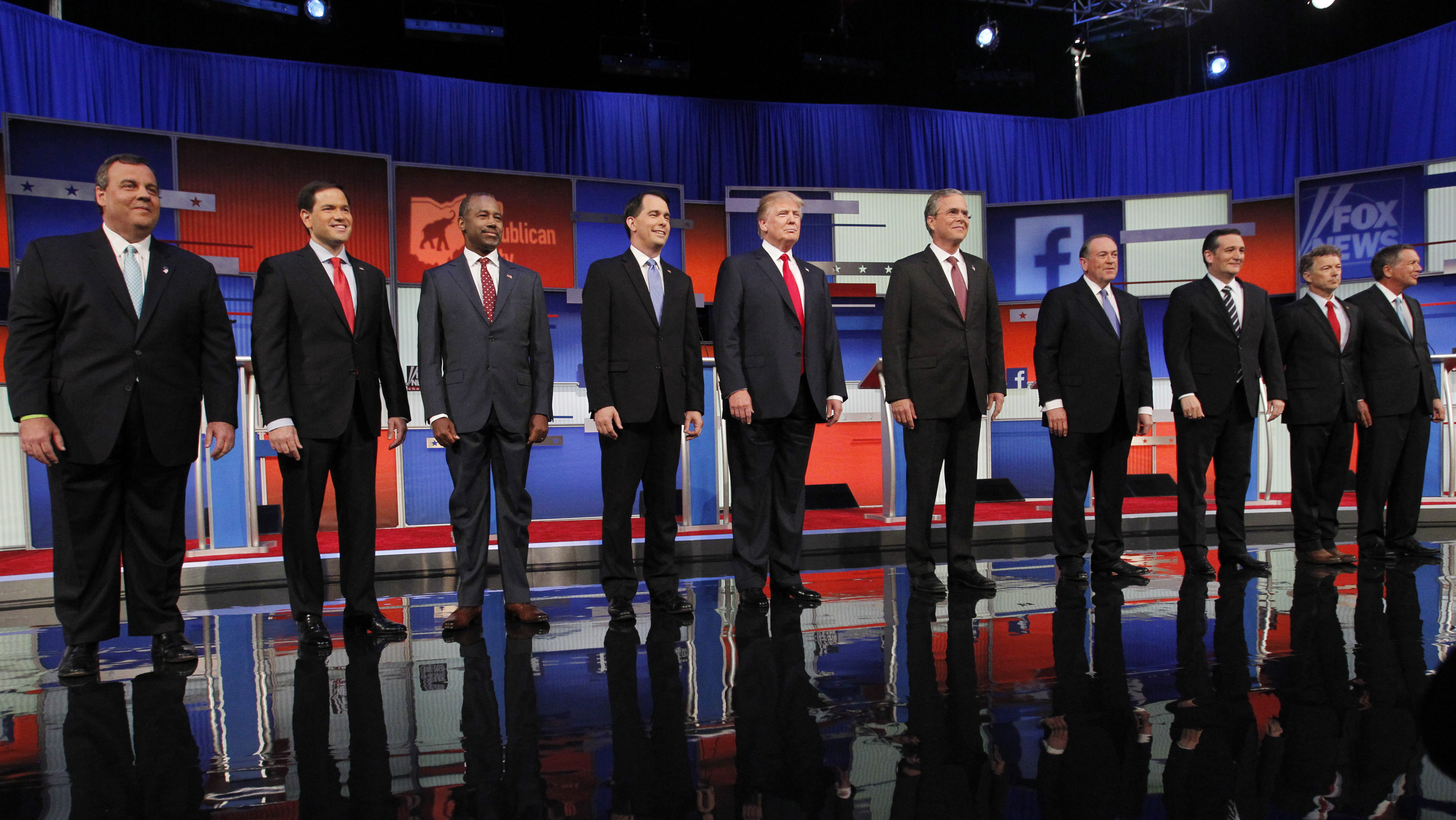 More than 500 people you've never heard of have filed paperwork to run for president in 2016 but just one is appearing alongside Democrat Hillary Clinton and Republican Donald Trump in some polls: Deez Nuts.

Nuts got some national attention when he filed a statement of candidacy back in July. But when he showed up in a survey by Public Policy Polling (PPP), a Democratic-leaning firm, earlier this month, it prompted some questions: Who is Deez Nuts, and how on earth did he make it into an actual poll?

It turns out Deez Nuts is the nom de campaign of Brady Olson, a 15-year-old from a tiny town in Iowa of less than 200 people. He's behind not just the paperwork that was filed with the Federal Election Commission, but an entire campaign website complete with a platform and the outlines for ballot access in each state. Nuts declared himself an independent on his FEC paperwork, but his web site says he would consider running for the nomination of the following parties: the American Populist Party, the Citizens Party, the Independence Party, the Justice Party, the Marijuana Party, the Moderate Party, the Modern Whig Party, the Reform Party, and the Rent Is Too Damn High Party.

"When I heard about the Limberbutt McCubbins story, I realized I could," Olson told The Daily Beast, referring to a 17-year-old high school student from Louisville who filed a statement of candidacy for his friend's cat "Limberbutt McCubbins."

While Olson's campaign name might seem like a joke, he has laid out more concrete policy positions than some of the other declared presidential candidates who get a podium at the debates or appear on television . His views are diverse: On immigration, Olson writes, "I believe that anyone who is found as an illegal immigrant in this country must be deported back to their country of origin and be ineligible for US citizenship in the future."

But on the subject of abortion and gay marriage, he offered this: "I feel that as equal human beings that we should be allowed to choose how to live our lives without being discriminated by one another. At the same time however, I also understand that people believe that Christian religion outweighs government policy. But America is no longer mainly Christian. It is Christian, Jewish, Islam, Hebrew, and many others."

Deez Nuts' campaign also supports the Iran nuclear deal recently negotiated by the Obama administration, wants to end subsidies to oil companies and instead give tax incentives to people and corporations that implement green technology, and give voting rights to people who live in the U.S. territories.

As for the mystery of how he ended up in PPP's latest survey: Olson simply contacted Public Policy Polling with his statement of candidacy and asked to be included.

"When you've got a field with Hillary Clinton against Donald Trump, there's room for something else," Jim Williams, an issue polling specialist with the firm, told CBS News.

Williams said that they would probably keep Nuts in their surveys for a few more weeks, or "until the joke gets boring, I guess." Nuts will get another glimpse of his early-state popularity when PPP polls in New Hampshire this week.

Olson told Rolling Stone that his independent candidacy is, "Half trying to break the two-party system, half frustration with the front-runners." He can't register to vote yet because he's just 15 years old, but he tends to side with the Libertarian Party. If he had to back another presidential candidate, he said it would be either Independent Vermont Sen. Bernie Sanders, who is running for the Democratic nomination, or former New Mexico Gov. Gary Johnson, a former Republican who ran as a libertarian in 2012 and has said he'll do so again in 2016 (though, unlike Nuts, Johnson has not filed a statement of candidacy with the FEC).

As for why Americans should support him rather than Trump, Olson told Rolling Stone this: "Because I'm young and I think I have fresher ideas because whatever decisions I make would have longer effects on me."