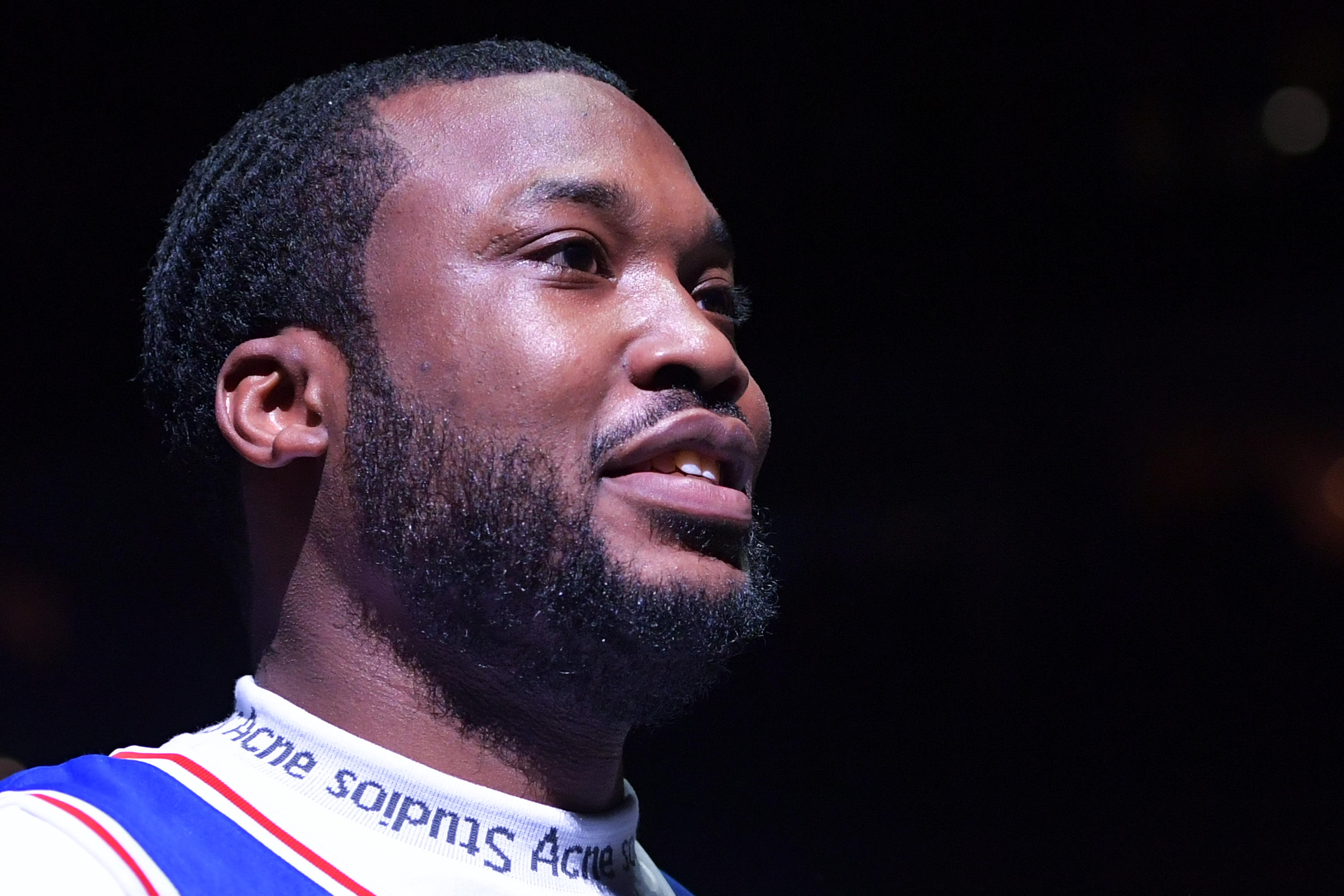 PHILADELPHIA -- Rapper Meek Mill said Wednesday that now that he's out of prison, a lot of people facing similar battles with the criminal justice system are depending on him. "I got a lot of responsibility," he said in an interview with Lester Holt of NBC Nightly News.

The Philadelphia-born rapper rang a replica Liberty Bell at center court of the Philadelphia 76ers' first-round clinching playoff game Tuesday less than two hours after being freed on bail while he appeals decade-old gun and drug convictions.

He was released after the state Supreme Court directed a Philadelphia judge who had jailed him to immediately issue an order letting him out.

Mill had been sentenced in November to two to four years behind bars for probation violations, setting off an all-out battle by a team of lawyers and public relations consultants to get him released on bail. They fiercely criticized the judge as a stream of high-powered figures and celebrities visited Mill in jail in the weeks and days before the Supreme Court ruling.

"Although I'm blessed to have the resources to fight this unjust situation, I understand that many people of color across the country don't have that luxury and I plan to use my platform to shine a light on those issues," Mill said in a statement shortly before his release.

He said he planned to focus on getting his convictions overturned, and that he looks forward to resuming his music career.

The ruling came after prosecutors said they agreed with his lawyers that he should get a new trial because of questions raised about the arresting officer. The now-retired officer was among a list of police officers the prosecutor's office has sought to keep off the witness stand in cases across the city because of credibility questions.

The district attorney's office has not said whether they would seek to retry him if the old convictions are thrown out. But it noted that just last week, prosecutors agreed not to further prosecute three defendants whose cases were tossed because of doubts about the credibility of the arresting narcotics agent, the same officer who had arrested Mill.

Judge Genece Brinkley, who sent Mill to prison and had refused to release him on bail until the Supreme Court ruling, was accused by the defense of waging a vendetta against the rapper. She defended herself, saying she had acted "impartially and without prejudice" in all proceedings since 2008.

Multiple celebrities have come out in support of Mill.

On Tuesday, fellow Philadelphian and comedian Kevin Hart was at the jail to visit him, CBS Philadelphia reports.

"The frustration for me is, why is he still there? I still don't understand why he's still in jail after so much has been pointed out," Hart told reporters after the visit.

Jay-Z wrote an op-ed in the New York Times in November and called the rapper's sentence "just one example of how our criminal justice system entraps and harasses hundreds of thousands of black people every day."

Jay-Z wrote that Mill has been "stalked by a system that considers the slightest infraction a justification for locking him back inside" and said that when he was growing up in Brooklyn in the 1970s and 1980s, he saw that probation became a "landmine" for many. He pointed out that a "random misstep" could bring consequences greater than the crime.