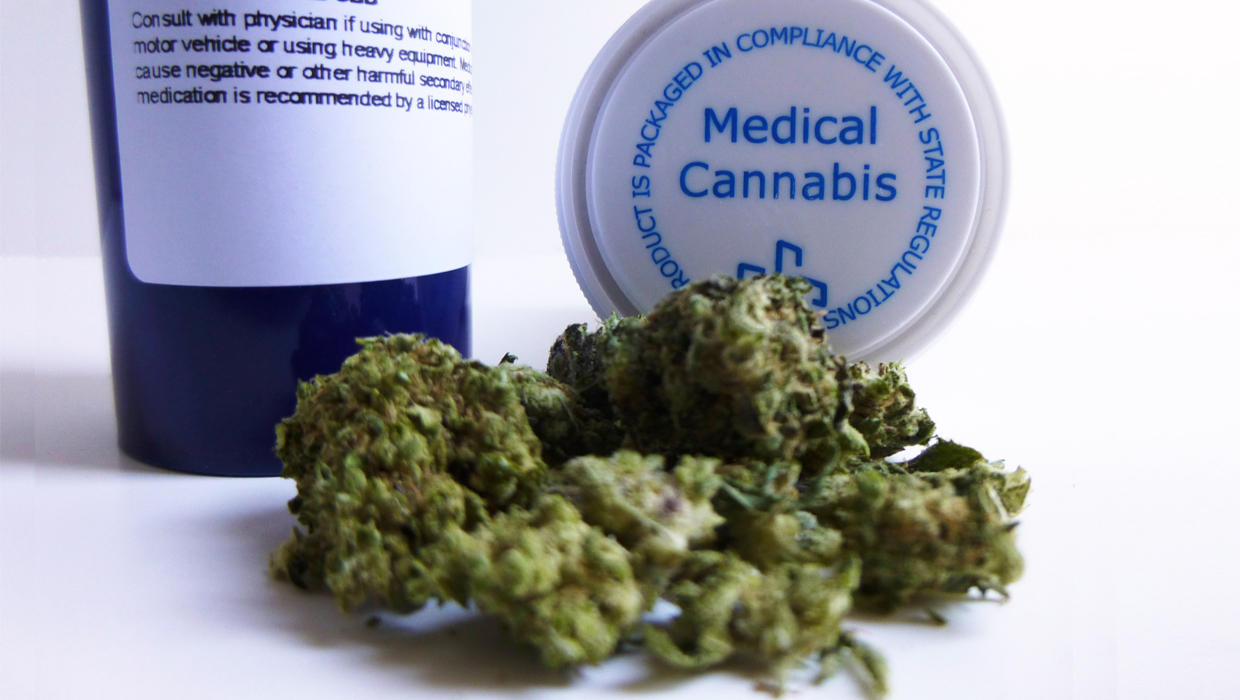 NEW YORK — It was a telling setting for a decision on whether post-traumatic stress disorder patients could use medical marijuana.

Against the backdrop of the nation's largest Veterans Day parade, Democratic Gov. Andrew Cuomo announced this month he'd sign legislation making New York the latest in a fast-rising tide of states to OK therapeutic pot as a PTSD treatment, though it's illegal under federal law and doesn't boast extensive, conclusive medical research.

The increase has come amid increasingly visible advocacy from veterans' groups.

Retired Marine staff sergeant Mark DiPasquale says the drug freed him from the 17 opioids, anti-anxiety pills and other medications that were prescribed to him for migraines, post-traumatic stress and other injuries from service that included a hard helicopter landing in Iraq in 2005.

"I just felt like a zombie, and I wanted to hurt somebody," says DiPasquale, a co-founder of the Rochester, New York-based Veterans Cannabis Collective Foundation. It aims to educate vets about the drug he pointedly calls by the scientific name cannabis.

DiPasquale pushed to extend New York's nearly two-year-old medical marijuana program to include post-traumatic stress. He'd qualified because of other conditions but felt the drug ease his anxiety, sleeplessness and other PTSD symptoms and spur him to focus on wellness.

"Do I still have PTSD? Absolutely," says DiPasquale, 42. But "I'm back to my old self. I love people again."

In a sign of how much the issue has taken hold among veterans, the 2.2-million-member American Legion began pressing the federal government this summer to let Department of Veterans Affairs doctors recommend medical marijuana where it's legal. The Legion started advocating last year for easing federal constraints on medical pot research, a departure into drug policy for the nearly century-old organization.

"People ask, 'Aren't you the law-and-order group?' Why, yes, we are," Executive Director Verna Jones said at a Legion-arranged news conference early this month at the U.S. Capitol. But "when veterans come to us and say a particular treatment is working for them, we owe it to them to listen and to do scientific research required."

Even Veterans Affairs Secretary Dr. David Shulkin recently said "there may be some evidence that this (medical marijuana) is beginning to be helpful," while noting that his agency is barred from helping patients get the illegal drug. (A few prescription drugs containing a synthetic version of a key chemical in marijuana do have federal approval to treat chemotherapy-related nausea.)

Medical marijuana first became legal in 1996 in California for a wide range of conditions; New Mexico in 2009 became the first state specifically to include PTSD patients. States have signed on in growing numbers particularly since 2014.

"It's quite a sea change," says Michael Krawitz, a disabled Air Force veteran who now runs Veterans for Medical Cannabis Access, an Elliston, Virginia-based group that's pursued the issue in many states.

Still, there remain questions and qualms — some from veterans — about advocating for medical marijuana as a treatment for PTSD.

It was stripped out of legislation that added six other diseases and syndromes to Georgia's law that allows certain medical cannabis oils. The chairman of the New York Senate veterans' affairs committee voted against adding PTSD to the state's program, suggesting the drug might just mask their symptoms.

"The sooner we allow them to live and experience the kind of emotions we do, in an abstinence-based paradigm, the sooner that they are returning home," said Sen. Thomas Croci, a Republican, former Navy intelligence officer and current reservist who served in Afghanistan.

"You wouldn't have cancer treatments that aren't approved done to yourself or your family members," and marijuana should be subjected to the same scrutiny, says Dr. Thomas Berger, who heads VVA's Veterans Health Council.

A federal science advisory panel's recent assessment of two decades' worth of studies found limited evidence that a synthetic chemical cousin of marijuana might help relieve PTSD, but also some data suggesting pot use could worsen symptoms.

Medical marijuana advocates note it's been tough to get evidence when testing is complicated by pot's legal status in the U.S.

A federally approved clinical trial of marijuana as a PTSD treatment for veterans is now underway in Phoenix, and results from the current phase could be ready to submit for publication in a couple of years, says one of the researchers, Dr. Suzanne Sisley.