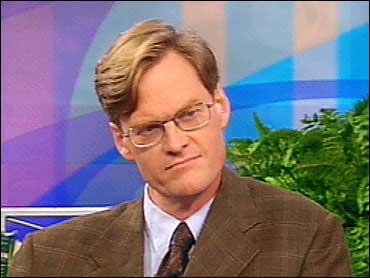 For years, parents have been told that fantasy violence seen in movies, televison shows and video games can negatively affect children in real life.

Jones tells The Early Show that violent media may not hurt children, but also, in many cases, it helps them. Dr. David Walsh, founder of the National Institute on Media and the Family, disagrees. He says that while there may be some merit to the concept, it doesn't play out in the real world.

This past holiday season, The New York Times reported the rise in consumption of violent fantasy toys, such as G.I. Joes and toy guns, in the wake of 9/11. Many parents who previously wouldn't allow their children to play with guns and soldiers have given in to their children's natural desires for these toys.

Children choose their heroes more carefully than most think. From Pokémon to the rapper Eminem, pop culture icons are not simply commercial pied pipers who practice mass hypnosis on our youth. Indeed, argues Jones, even trashy or violent entertainment plays an essential role in the healthy development of children. Rather than dismissing action heroes and video games, Jones calls for parents, teachers, and everyone else who cares about the next generation to learn why this entertainment holds such enormous appeal and how they can help children develop naturally.

Jones argues that young people love fantasy violence not because the media indoctrinates them, but because it gives them coping skills they desperately need. Jones believes these fantasies teach our kids to trust their own emotions, build stronger selves, and withstand the pressures of pop culture.

In his book, Jones says explosive entertainment should be a family affair and scary TV shows can have a bad effect when children aren't able to discuss them openly with adults. What excites kids is usually a sign of what they need emotionally.

Dr. Walsh and numerous prominent medical groups believe violence in media does not help children but harm them. These groups believe media violence leads to the following: