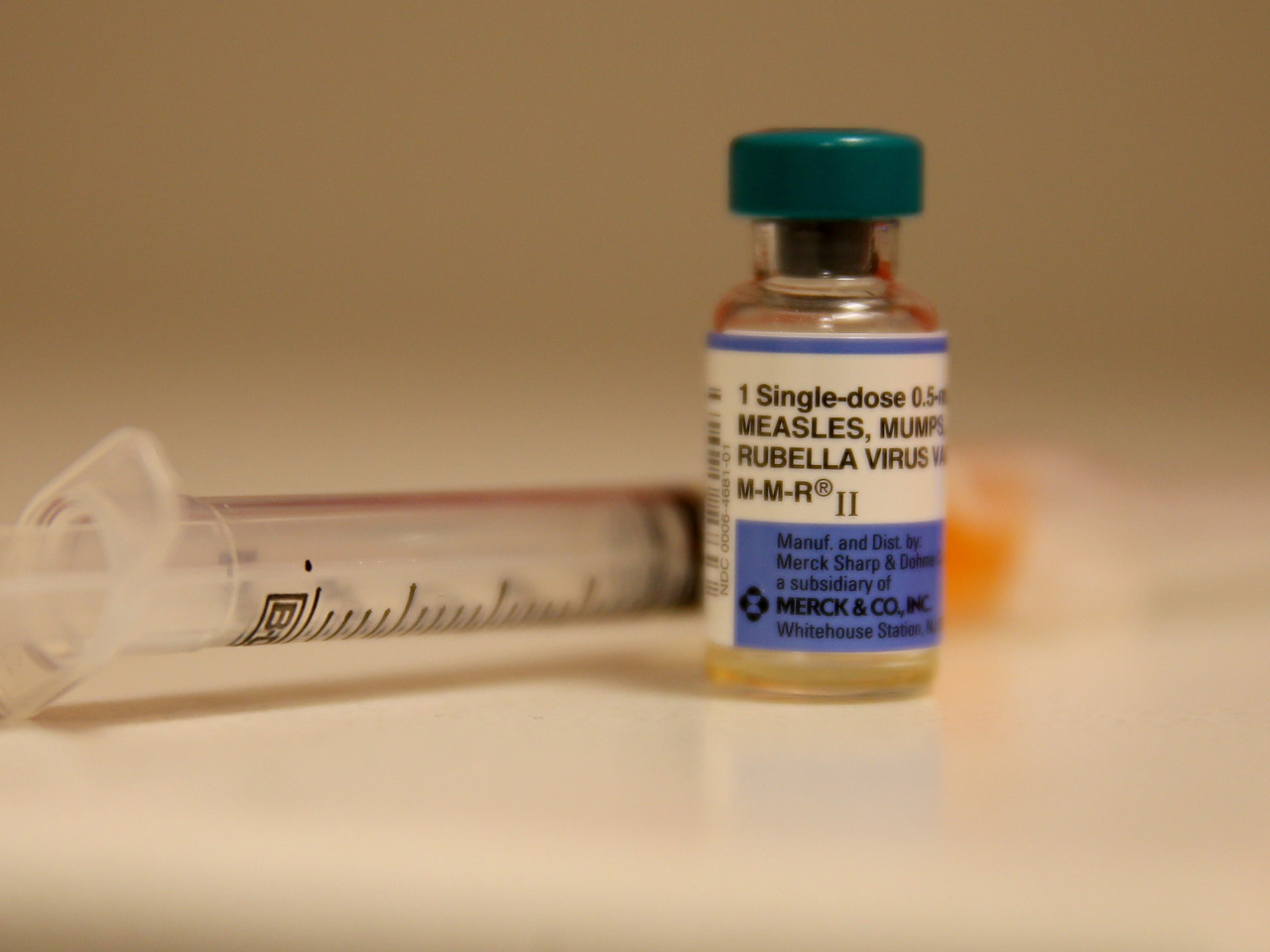 An outbreak of measles in Minnesota has sickened more than 30 children in recent weeks, primarily in the state's large Somali-American community, where many parents avoid the measles-mumps-rubella vaccine because of unfounded fears that it causes autism.

Somalis are just the latest example of a tight-knit community in which the highly contagious disease has gained a foothold in the U.S. in recent years.

"With Somalis, we know that it's a community that's been targeted for misinformation from the anti-vaccine community and so that's a bit distressing," she said.

Medical professionals and state health officials are working to contain the virus, but they expect more measles cases in coming weeks. A look at the situation:

As of Wednesday, 34 measles cases were confirmed in Minnesota. It's the largest outbreak in the state since 1990, when 460 people contracted measles and three died.

Nearly everyone infected is unvaccinated, and all but a few are of Somali descent. So far, 11 children have been hospitalized.

The source of the outbreak is unknown, said Ehresmann. But since measles was declared eliminated in the United States in 2000, outbreaks in the U.S. are typically caused when international travelers are infected overseas and bring the virus home.

Nine other states have seen measles cases so far this year, but none has reported an outbreak of Minnesota's magnitude, according to the Centers for Disease Control.

Somali children are getting sick because the community has a low rate of immunization for measles, mumps and rubella, Ehresmann said. Unvaccinated children from other communities are also at risk.

According to the Health Department, 42 percent of Minnesota-born Somali toddlers had received the MMR vaccine as of 2017. But the community's immunization rate hasn't always been that low.

In 2004, 92 percent of Somali toddlers had the MMR vaccine. The community's immunization rate fell sharply to 70 percent in 2008 amid a perception that autism was becoming more common among Somali children.

A University of Minnesota study that examined 7- to 9-year-olds in Minneapolis in 2010 found no statistical difference between the rate of autism among Somali children and white children, Ehresmann said.

Opting out of vaccines

Minnesota law requires that a child be vaccinated before enrolling in child care, early education or school. But it also allows exemptions for medical reasons or "conscientiously held beliefs."

A 2014 study by the American Board of Family Medicine found 35 percent of Somali parents surveyed believed the measles vaccine causes autism, compared with 8 percent of non-Somalis.

Research that links the vaccine to autism has been widely discredited. But Anab Gulaid, a University of Minnesota researcher who worked on the autism study, said autism is often diagnosed in children around the same age as they receive their measles vaccine, so some fears persist.

"It's an emotional issue for people," she said.

In Ohio, 360 people got the measles in 2014 after unvaccinated Amish travelers visited the Philippines and brought the disease home.

Minnesota health officials say they'd like to see at least 95 percent of the population immunized to protect everyone from measles, a highly contagious disease that can cause respiratory problems, brain swelling, or death.

Dozens of Somali parents attended a recent meeting organized by groups that believe there's a link between vaccines and autism. Some in attendance said they would rather face measles, or a child's death, than a lifetime of autism.

Patti Carroll, with the Vaccine Safety Council of Minnesota, said the goal was to empower parents.

"We did a presentation that helped the Somalis put the measles and the MMR vaccine into perspective," Carroll said. "It's their right to say no."

Sophia Mohamed, a New Brighton mother of two who believes her 16-year-old son got autism after receiving the MMR vaccine as a toddler, said officials need to listen to parents like her.

"We are not against the vaccine, but we want a safe vaccine," Mohamed said. "We have a choice ... I don't need any researcher to tell me. I know. I saw the results."

Evidence-based research has repeatedly shown no relationship between the MMR vaccine and autism, and there should be no hesitations about vaccines, said Patsy Stinchfield, senior director of infection control at Children's Minnesota hospital.

"In medical science, there is no debate about the safety of vaccines," she said.

Stinchfield worked at the hospital during the 1990 outbreak and recalls when an entire floor was turned into a measles ward. Two of the three deaths that year were children at the hospital.

The hospital has taken extra precautions.

On Tuesday, two workers sat at a desk outside the clinic's main lobby, assessing all patients who entered for risk of measles. A negative air filter hummed in the background, sucking away contaminated air, while all the clinic's tiniest patients and parents were told to wear masks.

Anyone with measles' symptoms is ushered in through a back door, away from other patients.

Amira Hassan, 4, came for a wellness check Tuesday and wore a mask in the waiting room. Her father, Mohamud Hassan, said she's been vaccinated, and he doesn't refuse a vaccine if a doctor says it's OK.

Hassan, who is Somali, said rumors about vaccines persist, but it's best to ask a doctor or someone who knows. He chose vaccination, saying: "If your child is going to school, you don't want other kids to be affected too."