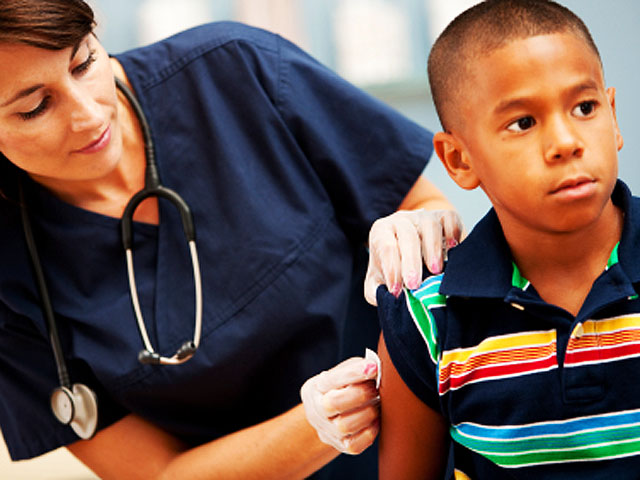 Federal health officials say 2011 is shaping up to be the worst year for outbreaks of the serious infectious illness since 1996. From January 1 through May 21, there were 118 cases of measles across 23 states, according to the CDC. From 2001 to 2008, the median number of annual cases of measles has been 56.

What's behind the outbreaks? Ninety percent of the recent cases were "imported" to the U.S. by unvaccinated travelers from abroad. The outbreaks here echo a worldwide explosion in measles cases. Thirty-three European countries have reported increased numbers of outbreaks, with France topping the list with almost 10,000 measles cases reported through April, the CDC said in a written statement.

But experts say there's another factor in the recent outbreaks - parents' unwarranted fear of the measles vaccine.

"These outbreaks are due in significant part to children not getting vaccinated," said Seth Mnookin, author of "The Panic Virus," an account of the dangers of failing to vaccinate against childhood diseases. "Some parents think the measles vaccine can cause autism, and some just have a general unease about vaccines."

Large studies involving thousands of children have found no link between autism and the measles, mumps, rubella (MMR) vaccine, according to the CDC. And the small risk that vaccination will cause allergic reactions or other health problems pales in comparison to the dangers posed by measles itself.

"I think there is a sense that measles isn't that bad," Mnookin told CBS News. "And that's not true."

Measles is extremely contagious, spreading easily through the air - infected droplets can linger for up to two hours in closed spaces. It typically causes rashes, fever, muscle pain, pink eye, and sore throat . There is no treatment but rest and pain meds can help. The disease can lead to potentially fatal complications like pneumonia or encephalitis. None of the patients died in the recent outbreaks, but about 40 percent had to be hospitalized.

"It's nothing to sneer at," Dr. Peter Wenger, a pediatrician at the University of Medicine and Dentistry of New Jersey, said of measles, the Star-Ledger of Newark reported. "It's a pretty significant disease."