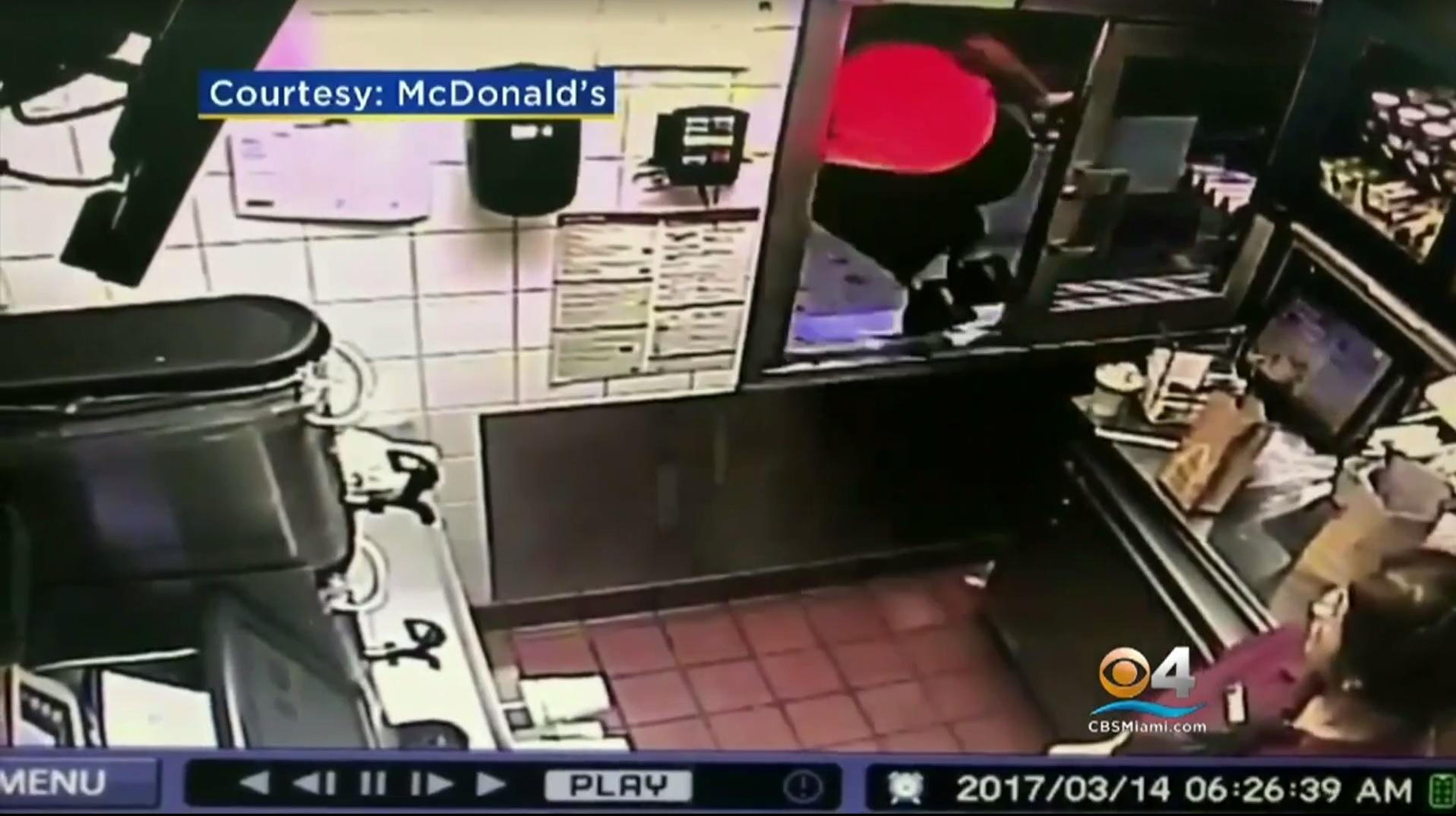 MIAMI -- A McDonald’s employee jumped right through a drive-thru window in order to help save a Miami-Dade police officer, reports CBS Miami.

“I thought, ‘If those kids lose their mother today, that’s going to be tragic,’” said Pedro Viloria.

Viloria was working the window at the McDonald’s early Tuesday morning.

He was serving breakfast to a lady in an SUV along with her children, a boy and a girl.

Viloria noticed something wrong with the mother; so did the kids.

“Her kids were screaming, ‘Mother, mother, stop it, mother what are you doing?’” Viloria recalled.

On surveillance video you can see the SUV start to move. Apparently the woman’s foot was off the brake.

Viloria knew he had to make a move, so he hopped out the service window in pursuit of the SUV and the stricken driver. He did it just as the SUV came to a stop up against the driveway curb.

Viloria said he told the kids to call 911 right away.

The kids did just that as a firefighter walked into the McDonald’s.

The firefighter was unaware of what was happening, but soon enough he headed out knowing something was happening. He and his partner rushed to help; so did an off-duty paramedic.

Within what seemed like seconds, fire rescue was on the scene.

“I was with the kids telling them it was going to be all right,” Viloria said.

“First and foremost, our thoughts and prayers are with the officer and her family during this difficult time. I think I speak for our McDonald’s family when I say how proud we are of Pedro. He is an excellent employee, so it didn’t surprise me that he took immediate action and jumped through a window to help save this woman.  And he was not the only member of the team that played a pivotal role in ensuring she received the medical attention she needed. A second employee, who asked to remain unnamed, assisted with CPR. Their quick thinking and action were everything in that moment.”