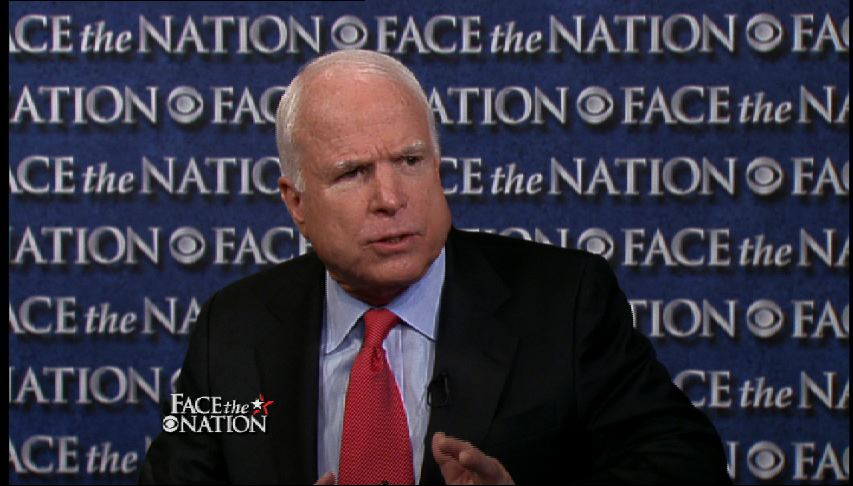 "I would find someone even as high-ranking, frankly, as former president Bill Clinton to go and be the negotiator," McCain said on "Face the Nation" Sunday. "[W]e need a person of enormous prestige and influence to have these parties sit down together as an honest broker."

McCain offered his suggestion as he harshly criticized President Obama for failing to advance talks between Israel and the Palestinians during his first term. He said the president has mishandled the negotiations by laying "preconditions" on the table, including that Israel halt settlement building.

"[W]e have a lot of work to do to regain some credibility because we're crumbling all over the Middle East," McCain said. "I'm not sure how much influence that this administration has."

Five days of airstrikes between Hamas-led Gaza and Israel has escalated the crisis between the two governments, harming the chances that extended peace talks could resume.

During a news conference in Bangkok while on an international trip, President Obama said talks could not continue until Hamas commits to halting all rocket launches into Israel.

"[T]hose who champion the cause of the Palestinians should recognize that if we see a further escalation of the situation in Gaza, then the likelihood of us getting back on any sort of peace track that leads to a two-state solution is, is going to be pushed off way into the future," Mr. Obama said.

"[T]he United States, obviously, should be as heavily involved as they possibly can," McCain said.