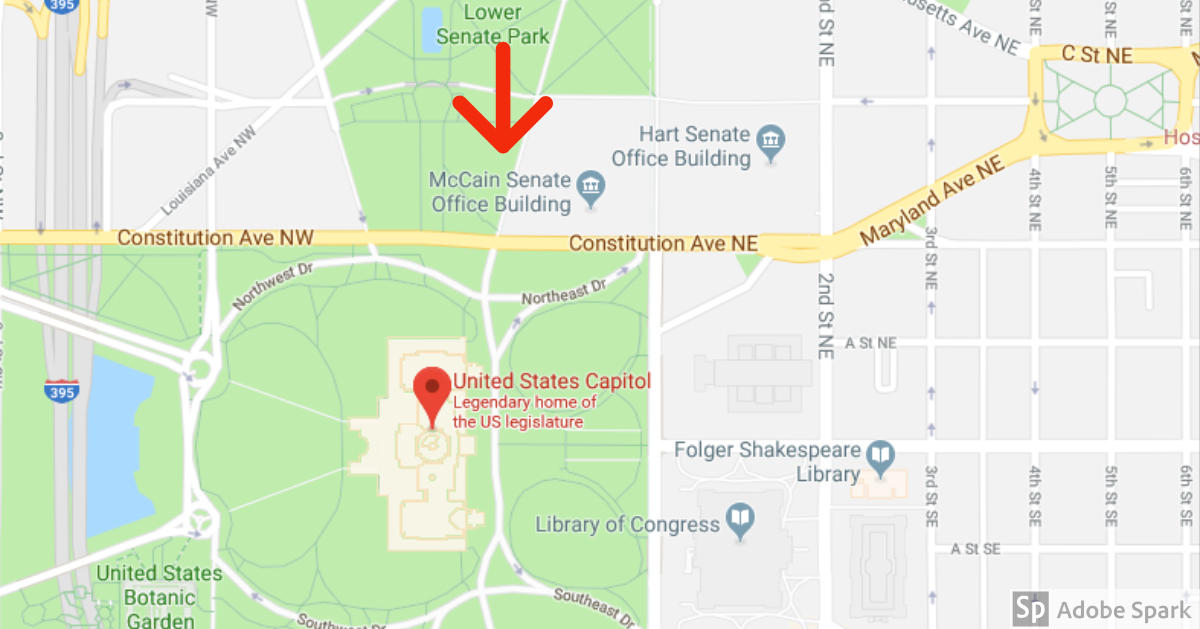 Lawmakers are considering a bipartisan proposal to rename a Senate office building after the late Sen. John McCain, but it appears Google Maps beat them to it. The online honor appeared Wednesday morning, not long before McCain began lying in state at the Arizona Capitol.

A search for "McCain Senate Office Building" directed desktop website users to the Russell Senate Office Building in Washington, D.C. — at least temporarily. A search for the correct name brings users there, too. Earlier Wednesday, Google even showed a knowledge graph information card with details about the building and its apparent new name, but that has since been removed.

It's unclear who actually made the name change. Twitter users first pointed it out around 8:45 a.m. ET Wednesday, and many began checking to see for themselves.

In a statement emailed to CBS News, Google said: "We empower people to contribute their local knowledge to the map, but we recognize that there may be occasional inaccuracies or premature changes suggested by users."

"When this happens, we work to address as quickly as possible. We have implemented a fix for this issue that is rolling out now," Google added.

Russell, who died in 1971, was a segregationist and led Southern opposition to anti-lynching bills and other civil rights legislation in the 1950s and 1960s, leading some to say a name change is overdue.

Arizona Sen. Jeff Flake, who co-sponsored the measure, was cautious Monday, saying he does "not want to get out ahead" before he talks to McCain's family.

"There are a number of proposals coming forward about ways to honor John McCain. I think this would be a particularly good one, but I want to make sure the family is OK with it," Flake said.

The temporary change on Google Maps also comes a day after President Trump accused Google of "rigging" its search results to show negative stories about him. In a statement emailed to CBS News on Tuesday, Google said its objective is to make sure its users "receive the most relevant answers in a matter of seconds."

"Search is not used to set a political agenda and we don't bias our results toward any political ideology .... we never rank search results to manipulate political sentiment," Google said.