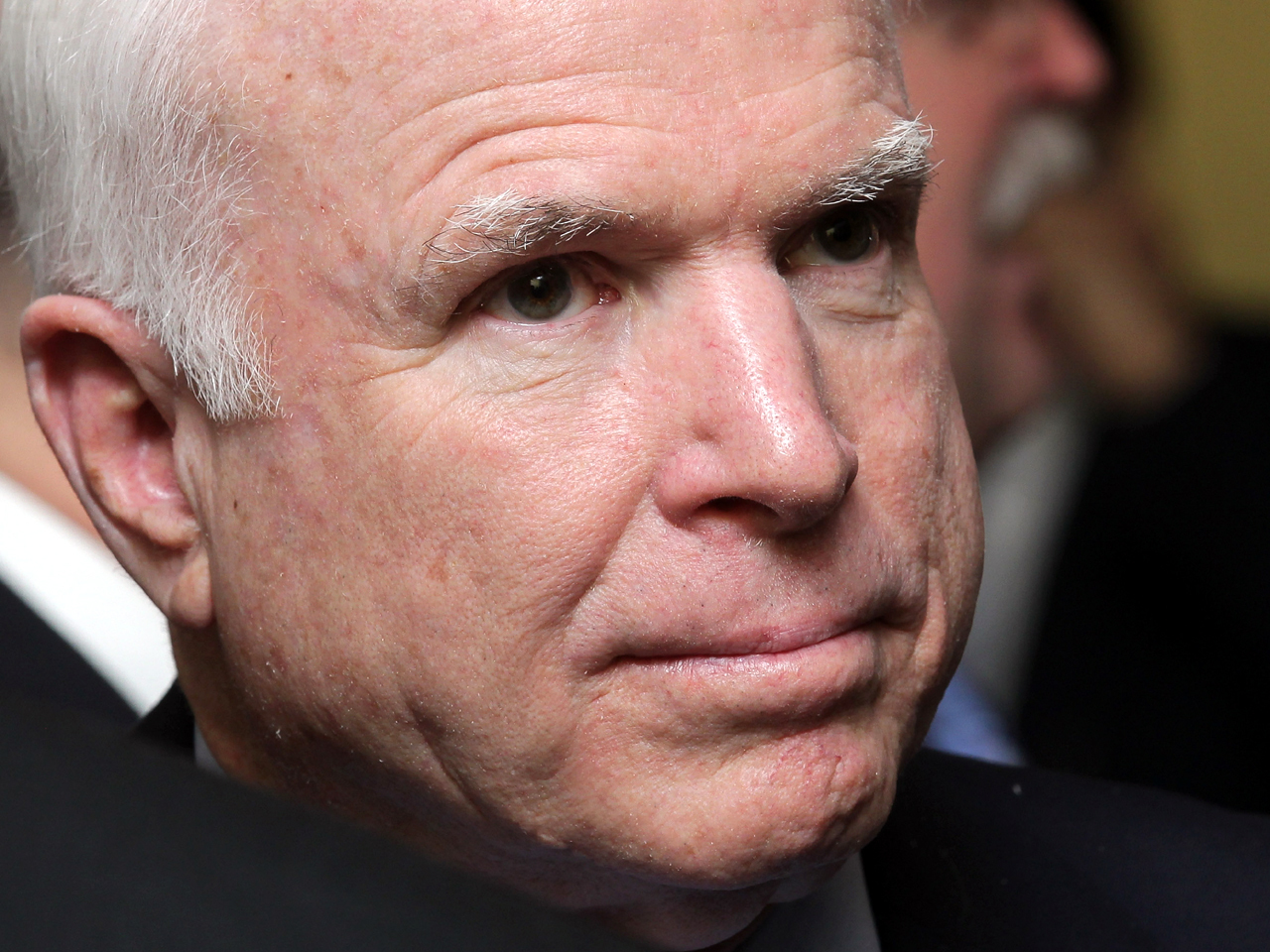 As member nations of "Friends of Syria" gather in Tunisia to discuss the worsening crisis in Syria, Sen. John McCain said the U.S. should get off the sidelines and become an active player backing the rebels there.

McCain, top Republican on the Senate Armed Services Committee, released a statement with fellow Republican Sen. Lindsey Graham and Sen. Joe Lieberman, a Connecticut independent, saying the U.S. and Syria's neighbors should play more of a role aiding the rebels fighting the brutal regime of President Bashar al-Assad. They said weapons, intelligence, money and supplies should be provided, immediately.

"What is needed urgently are tangible actions by the community of responsible nations to ensure that the Syrian people have the means to protect themselves against their attackers," the senators wrote, noting that the U.S. should lead the charge.

"If the community of responsible nations is to assist the Syrian people in bringing Assad's violent rule to an end, there can be no substitute for vigorous American leadership."

The U.S. has not offered military or tactical support, but Secretary of State Hillary Clinton said in Tunis Friday that the U.S. is pledging $10 million in humanitarian aid, and she called for a ceasefire so supplies and aid can get in.

The trio of senators compared the fighting in Syria to Libya's uprising last year and the war in the Balkans in the 1990s. They said the U.S. should work around China and Russia's objections in the United Nations.

They supported the use of American unmanned aerial vehicles observing sites holding weapons of mass destruction, but that the drones should do more and begin documenting violence and death.