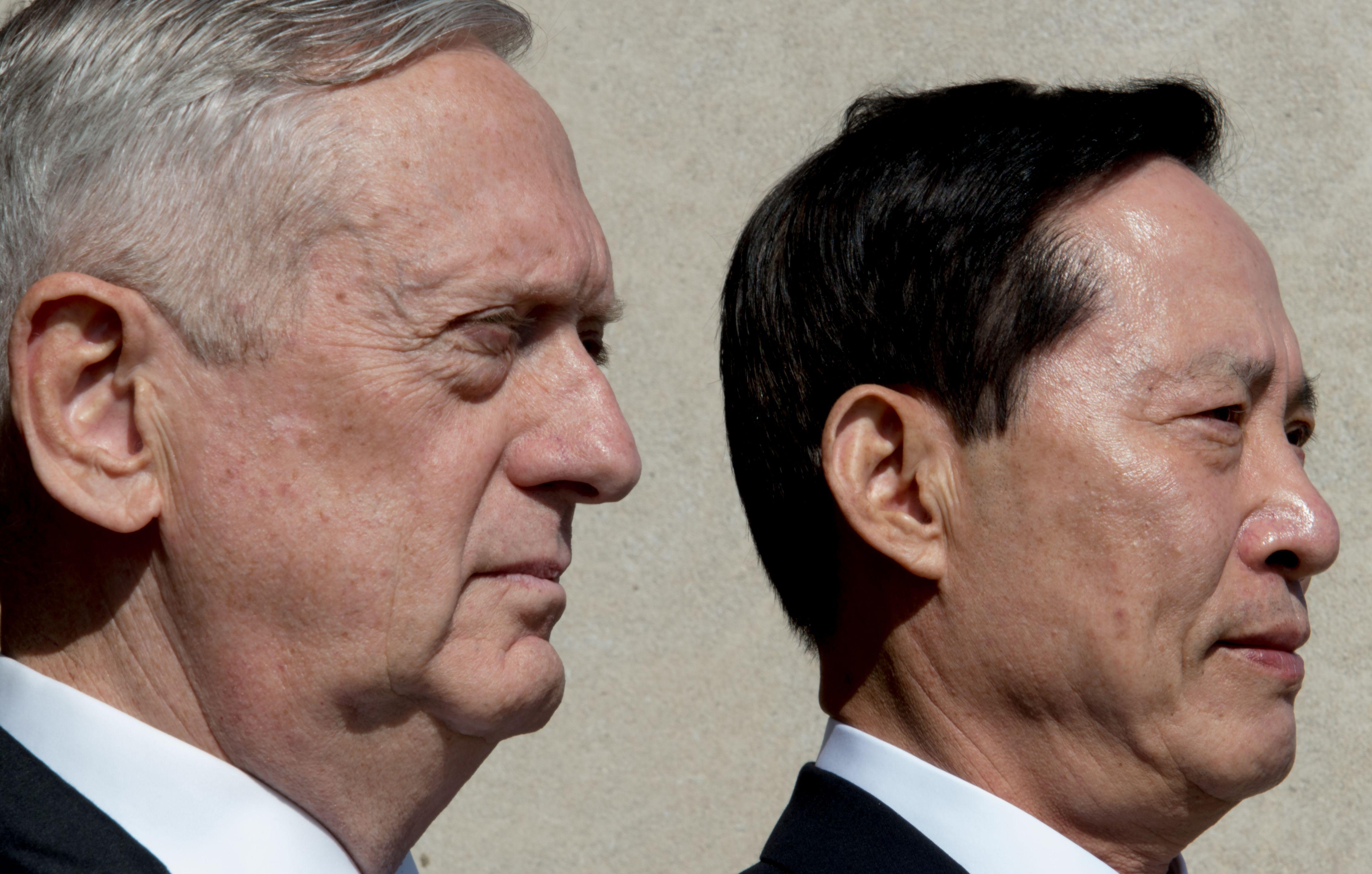 When asked about it, Mattis rejected the idea that the U.S. was ready to take talks with North Korean leader Kim Jong Un off the table after the North's ballistic missile test launch over northern Japan on Monday -- after a tweet from President Trump that said of relations with the regime, "Talking is not the answer!"

Mr. Trump's tweet had complained that the U.S. "has been talking to North Korea, and paying them extortion money, for 25 years."

Mattis, accompanied by South Korean Defense Minister Song Young-Moo, may have distanced himself from the president's tweet but he declined to be specific about how the U.S. would deal with the North.

"We continue to work together," Mattis said. "And the minister and I share a responsibility to provide for the protection of our nations, our populations and our interests, which is what we are here to discuss today and look for all the areas we can collaborate with already very strong collaboration."

In a Tuesday White House press release, Mr. Trump said "all options" are on the table and called North Korea's surprise missile test "threatening" and "destabilizing."

Tensions between the U.S. and North Korea have been heightened since the country's latest launch on Monday, which caused thousands of northern Japanese residents to seek for cover from what they thought might be a potential attack. U.N. Ambassador Nikki Haley on Tuesday condemned the provocation before a Security Council meeting, telling reporters "enough is enough."

"What happened yesterday is absolutely unacceptable and irresponsible. The United States, along with Japan and South Korea have called for an emergency Security Council meeting this afternoon. We are going to talk about what else is left to do to North Korea," Haley said.

The Trump administration has attempted to pressure North Korea by issuing more sanctions and pinning political responsibility on China and Russia. Mr. Trump has also relied on fiery rhetoric, threatening to unleash "fire and fury" on Pyongyang.

In the first eight months of Mr. Trump's administration, Kim has threatened to launch a missile close to the U.S. territory of Guam and has ramped up the frequency of the North's ballistic missile testing.