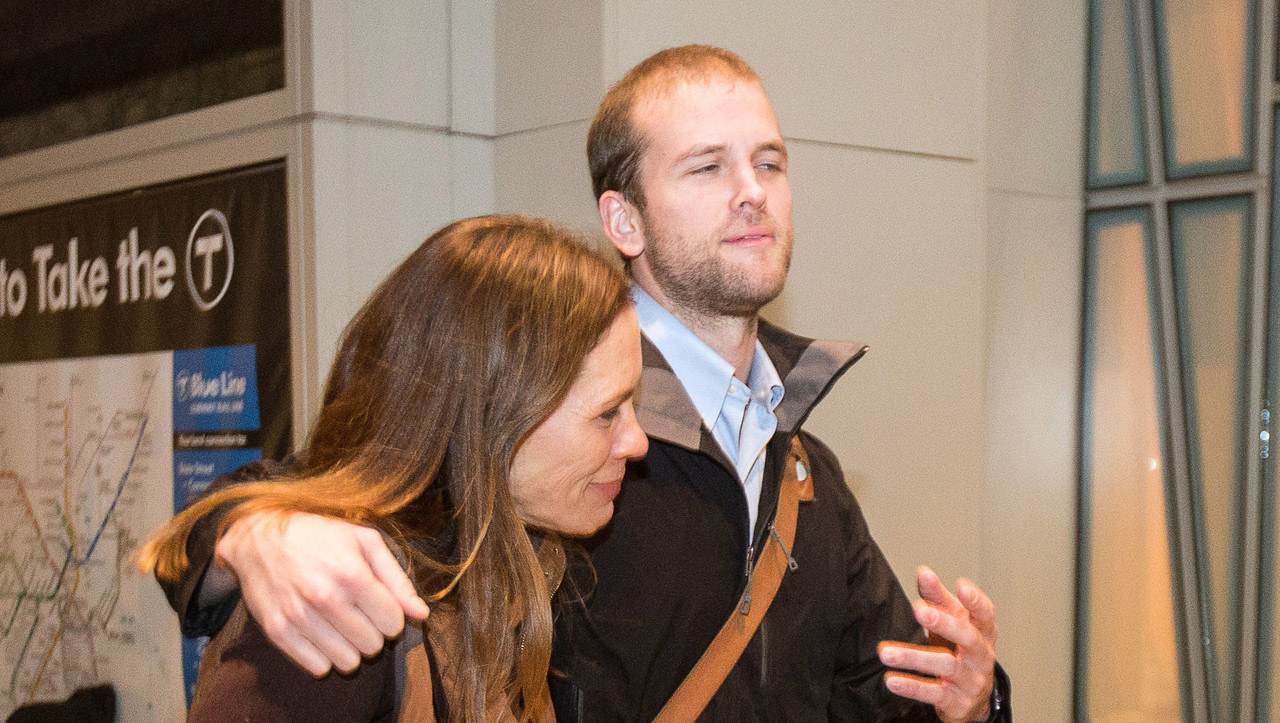 Matthew Trevithick arrived through the international arrivals door at Boston's Logan Airport around 6:30 p.m., put his arm around his mother and guided her out the door, The Boston Globe reported.

"We're very excited. We were happy to hear Matt's voice today. We are thrilled he is out of Iran," his mother Amelia Newcomb said before his return, CBS Boston reported.

The 30-year-old Hingham man was released Saturday independently of a prisoner exchange between the U.S. and Iran that saw four American prisoners discharged. Officials haven't said why Trevithick was taken into custody.

Phone messages left for his parents Sunday night were not immediately returned.

Upon news of his release, his friends and colleagues said they were relieved.

"I don't think I've ever met anyone who exudes as much energy, enthusiasm and curiosity," said Andrew Bacevich, professor emeritus of international relations and history at Boston University, where Trevithick was his student.

Bacevich said he was "immensely gratified" to learn of Trevithick's release.

"I only hope that his ordeal won't compromise any of the qualities that make him the special person that he is," Bacevich said.

It was in Iraq that Trevithick met rowing coach Bruce Smith, who was conducting a rowing camp for the Iraqi national rowing team. The two hit it off and collaborated on a project to set up a rowing camp at Lake Dukan in northern Iraq.

"He's an optimistic and tremendous fellow, and we're so happy about the work everyone did to secure his release," said Smith, executive director of Community Rowing Inc., in Brighton.

Robin Wright, a joint fellow at the Wilson Center and the U.S. Institute of Peace in Washington, described Trevithick as a "winsome, sweet and intelligent man."

Trevithick was Wright's research assistant at the Wilson Center in 2009, and the two have remained friends, she said.

"Whenever he came back to the U.S. we saw each other and he came by to schmooze," Wright said.

Trevithick was wrapping up a four-month language program at an institute associated with Tehran University when he was detained, his family said in a statement.

His family did not respond to messages Sunday about their son's whereabouts or plans for their reunion.

Trevithick's release coincided with the announcement that Iran has satisfied its obligations under a nuclear deal with world powers.