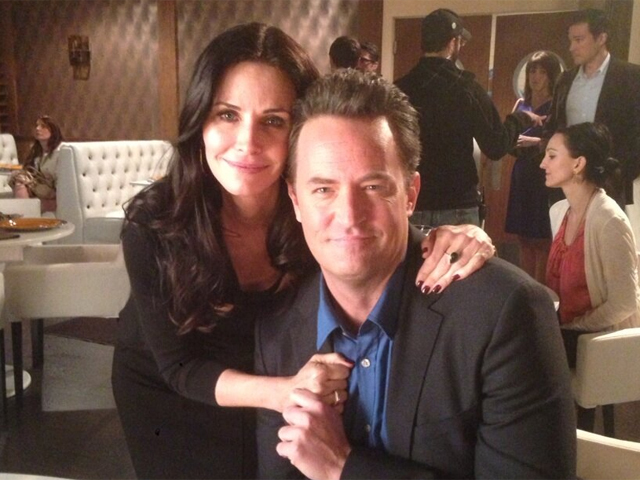 Monica and Chandler are reunited.

Former "Friends" co-stars Matthew Perry and Courteney Cox are set to appear together on Perry's sitcom, "Go On," in April, and Cox is offering up a sneak peak.

The "Cougar Town" star tweeted photos from the set of the series, where she'll be a guest star:

In the upcoming episode, Cox will play a potential romantic interest for Perry's character.

It's been nine years since "Friends" wrapped its final season after a 10-year run. The "Go On" stint marks their first on-screen reunion.

In the NBC series, Perry portrays Ryan King, a sports talk radio host who is eager to get back to work after the death of his wife.

Tell us: Would you want to see a "Friends" reunion?