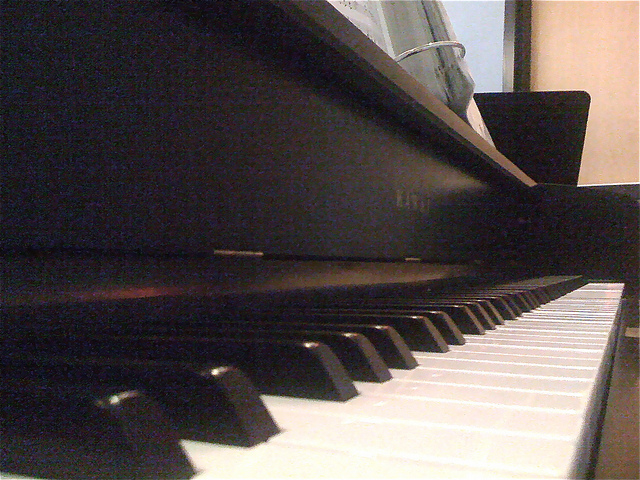 I was never particularly smart about practicing the piano as a kid. I liked playing, but I disliked stopping in the middle of a piece, working slowly through tricky sections, and repeating measures over and over again. You know, the things that make you get better.

For a while, that didn't matter -- I learned quickly and had a good ear for phrasing -- but eventually, more technical pieces just stymied me. I made some mistakes in recitals and competitions and eventually stopped playing that much.

Lately, though, I've been trying to practice again. But unlike when I was a child, getting an uninterrupted stretch of 20-30 minutes at my keyboard these days is a logistical nightmare. I've been managing to pull it off about twice a week. To get the most out of that limited time, I'm actually practicing the "deliberate practice" approach described in Geoff Colvin's 2008 book, "Talent is Overrated." That is, honing in on tough sections, developing skills like tricky fingering, and repeating measures until I get them right. Slowly, my playing is improving. Not as much as if I were practicing an hour or more a day, but it is getting better.

Skills always do through deliberate practice. Practice isn't necessarily fun. But spending time consciously working on improving a skill has one of the biggest productivity payoffs around. That makes intuitive sense with music and athletics. But I think that's the case with many skills in business, too.

Public speaking definitely improves with practice, and speaking in front of test audiences immediately lets you see what works and what doesn't. Writing gets easier, and your prose gets better, the more you do it and expose yourself to feedback. Negotiation is a skill that can benefit from time spent learning how to respond to every counterpoint.

Yet our tendency is always -- like me with the piano -- to rush into performing some activity and trust that experience alone will win the day. That can happen. But spending 30 minutes a few times a week actually honing one's craft can produce the equivalent experience much quicker. This is one reason I write in a journal, and probably why I find writing books gets easier the more I blog.

How do you practice your craft?