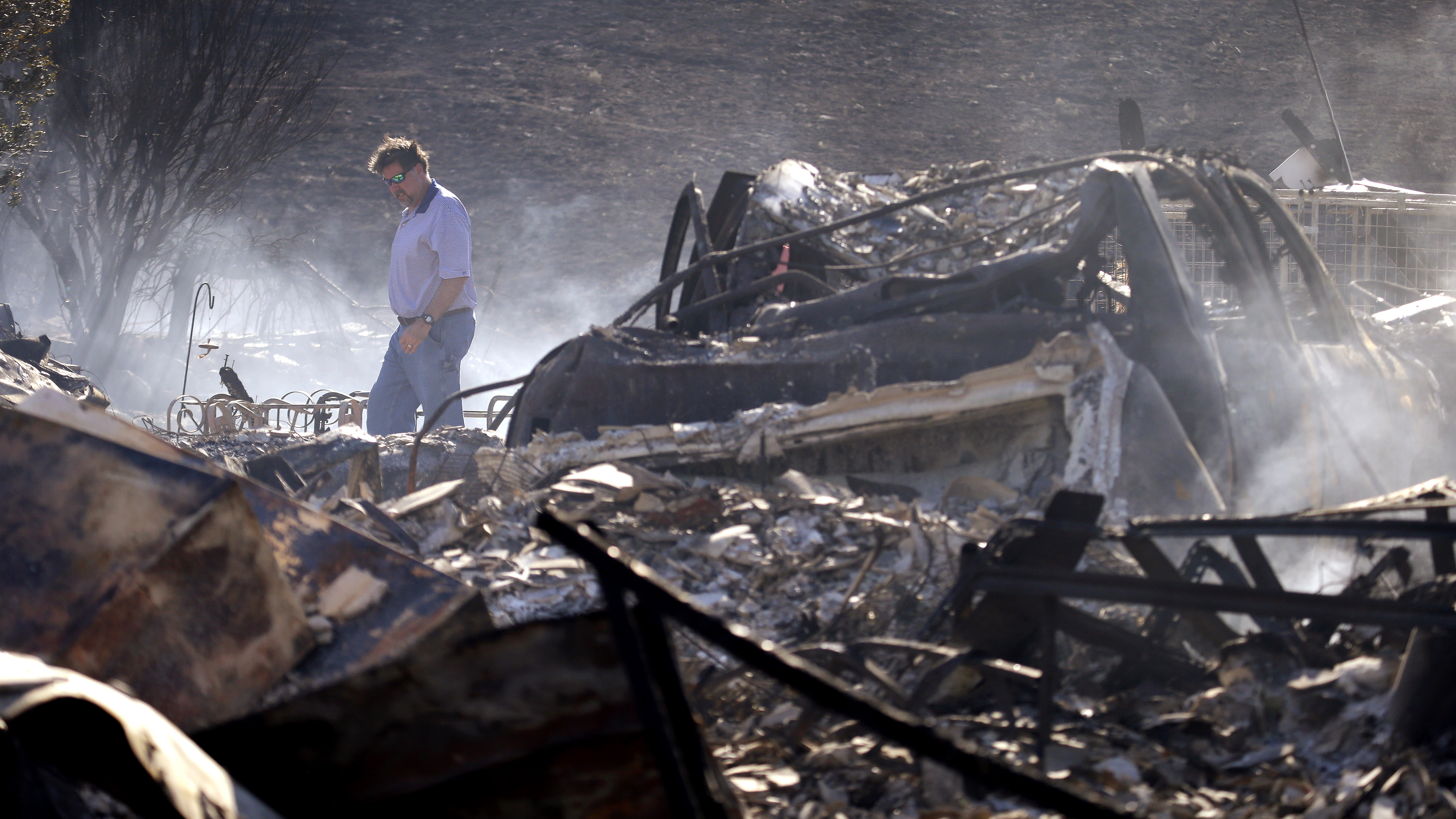 WENATCHEE, Wash. -- Firefighters are in for another long night in Central Washington State.

And thousands of homeowners have been warned they might have to evacuate at any time.

A wildfire that kicked up on Sunday is still burning out of control after tearing through the town of Wenatchee. Those who returned home today found little to salvage.

More than a dozen large fires are burning in the West tonight.

The massive Sleepy Hollow wildfire, fueled by strong winds and scorching heat, burned through the canyons and hills of Central Washington State destroying 24 homes and forcing thousands to evacuate. The blaze ignited in brush and quickly spread when embers blew into downtown Wenatchee and setting a recycling plant and three businesses on fire.

"This fire extended with the winds that they had. It threw embers and stuff down wind," he said.

In the hardest hit neighborhood of Broadview, fire crews worked through the night hosing down houses. Jon Dominguez left when the fire started approaching his house Sunday night.

"Oh my god, this power is so impressive," he said. "A big orange glow kind of a fire ball and a lot of black smoke billowing."

He returned home Monday to rubble.

"This is all I have now," he said pointing to his shirt. "It is just heartbreaking."

Three-thousand acres have been lost in the Sleepy Hollow fire, but fires are increasing daily throughout the west and Alaska with high temperatures building and lightening strikes.

So far, $91-million has been spent on fires currently burning in the western states and Alaska. Activity was much lighter at this time last year, only $5-million by the end of June 2014.