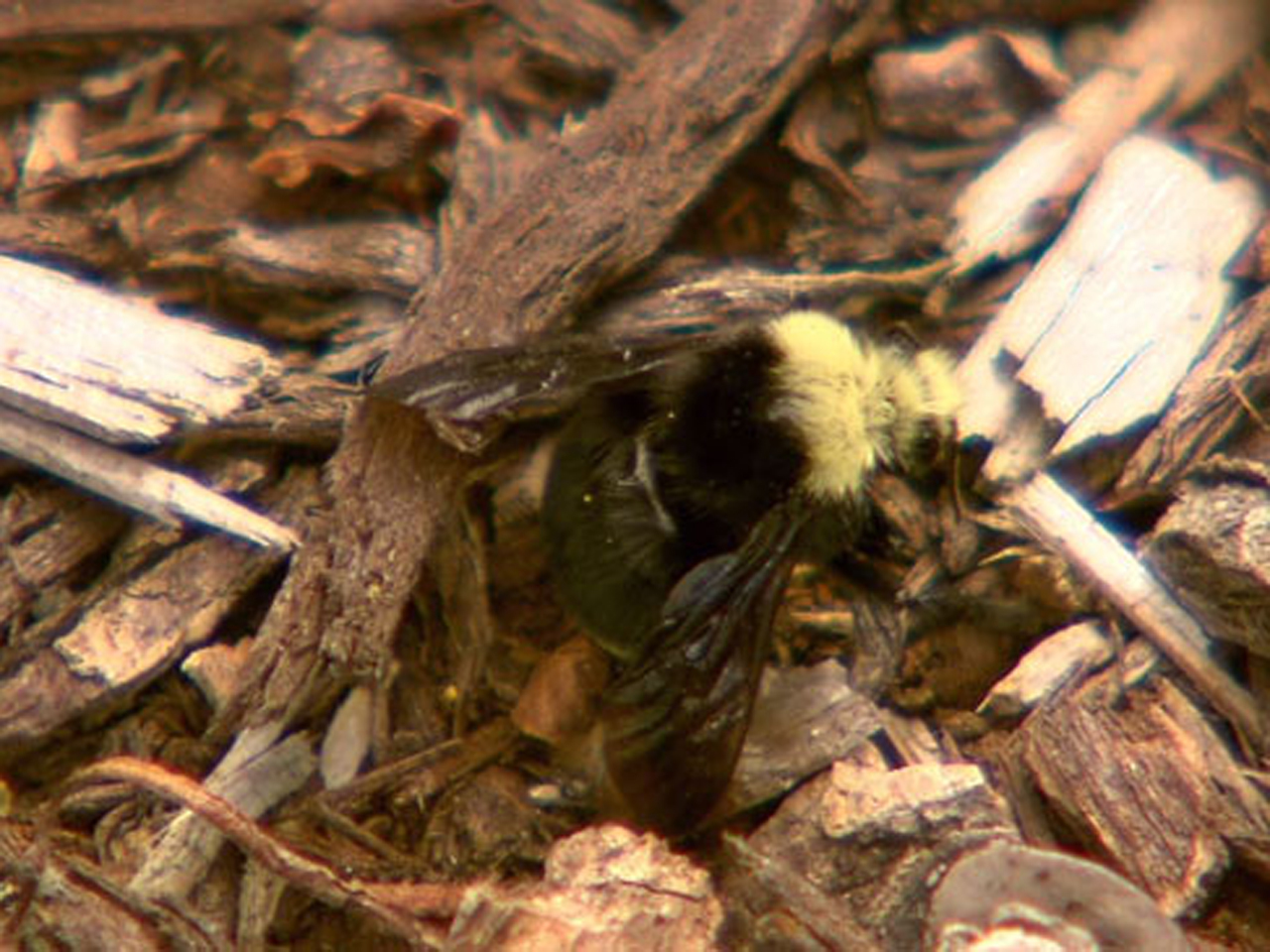 WILSONVILLE, Ore. Experts are investigating why 25,000 bees were found dead or dying in a parking lot at a Target store in an Oregon city southwest of Portland, CBS Portland affiliate KOIN-TV reports.

The strange sight first caught shoppers' eyes a few days ago. It was still there Wednesday, clustered under blooming European Linden trees.

Experts believe this could be a poisonous species of the tree that caused them to die, or they may have been poisoned by insecticides.

Conservationists Vaughan and Rich Hatfield were in Wilsonville Wednesday, filling test tubes with samples to take back to a lab. There, they'll try to confirm either theory for the bees' sudden deaths.

"When I was here Monday, it was even more dramatic than it is today," Hatfield told KOIN-TV. "There were bees raining out of trees."

Vaughan said European Linden trees are often treated with insecticides because of the aphids that "rain down" nectar from the trees.

But there's also a chance it's not insecticide at all. Vaughan took pollen samples and will test the buds and flowers from the trees.

"We can't say for sure that it is something that they put on the tree," Hatfield said, "because these trees are European Linden trees, which have been known to be toxic to bees."

They said they hope to have an answer within a couple of days.

"It brings it home," Hatfield said, "that we've got a lot of work to do to learn how to not harm these insects that are critical to our food supply."

Bees are critical to agriculture. If there really are 25,000 to 30,000 dead bees, which is how it appears, that would be hundreds of bumblebee colonies that are now dead.