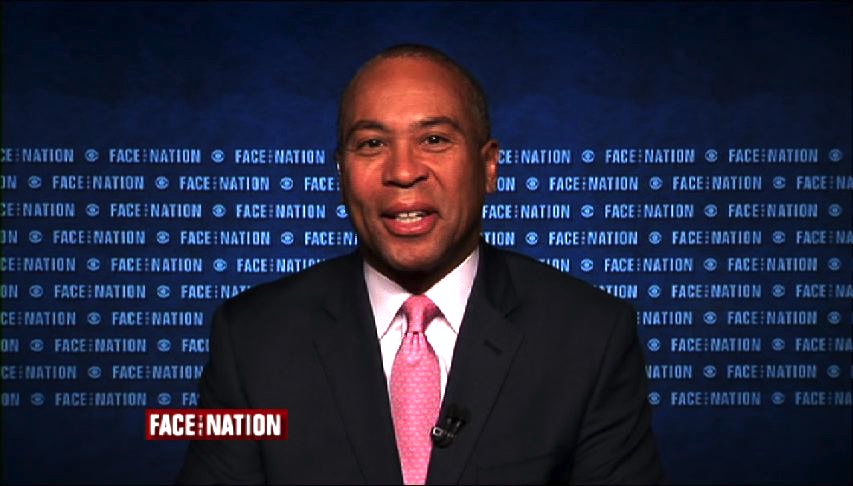 Massachusetts Gov. Deval Patrick predicted that this year's Boston Marathon, which takes place Monday, will be "very safe" one year after the bombings that rocked the 2013 race.

"Somebody said it may be the safest place in America tomorrow," Patrick said in an interview on CBS' "Face the Nation" Sunday. "But I will say that we've tried to strike a balance between enhanced security and preserving the family feel of this day."

The state has undergone extensive preparation to secure the event, including a daylong practice session with 450 representatives from state, federal and local law enforcement agencies and first responders, and plans to have considerably more police along the route.

In spite of a scare last week when two unattended backpacks were found at the finish line of the event, Patrick says he feels "quite confident" there won't be another incident.

" I feel quite confident. I think, in fact, it was the training and preparation of the team that identified those backpacks when they did," he said. "We are not permitting backpacks at or near the finish line or in those last several hundred yards. And I think there's going to be a sensitivity that many of the spectators have to people bringing parcels closer to the race, and I ask that people respect that."

There has not been any "elevated chatter" of a specific threat detected by the intelligence community, he said, but everyone is still very alert and prepared.