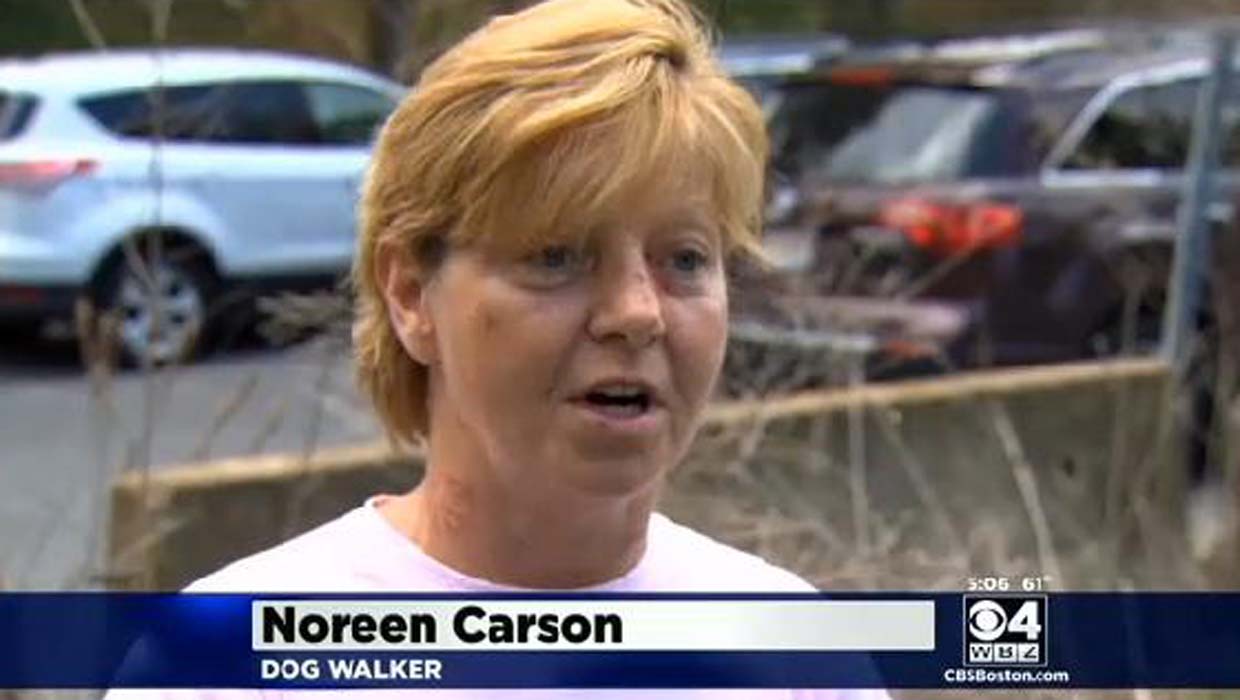 FRAMINGHAM, Mass. - A suburban Boston dog walker claims she was attacked by a dog-walking rival who accused her of stealing away business, reports CBS Boston.

According to the station, Maria Podolskaya is facing assault charges in Framingham District Court.

"I had a dog she used to walk and she got mad at that," dog walker Noreen Carson told the station. "She was punching me and clawing me and had me in a choke hold. I kept saying I can't breathe, I can't breathe."

CBS Boston reports the women previously knew each other when they both worked for the Wags 4 Walks dog walking company, until Carson broke her ankle last year. She has since been recovering. "[Podolskaya] was kicking my ankle, saying you're not going to walk any more dogs now," Carson said.

Carson started walking dogs this week for the first time since her ankle injury, the station reports. She said long-time customers asked her to take their dogs again, and some of those dogs were previously being walked by Podolskaya.

Police said the accused woman had ten dogs with her when she encountered Carson in a Wayland, Mass. park, and that they all had to be captured after running into the woods.

Podolskaya has been ordered to stay away from Carson and from the park where the incident occurred, according to CBS Boston.