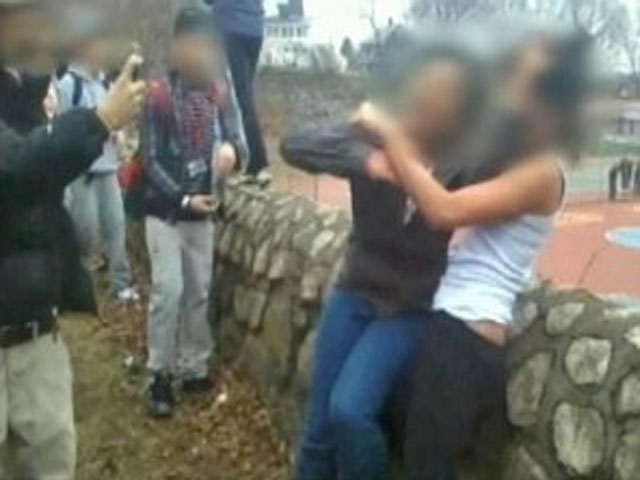 Dozens of students stood by cheering the girls on while they recorded the brawl with cell phone cameras. Criminal charges could be coming for the students who brawled, CBS Boston reports.

The video clips, which were eventually taken down from several websites, showed a savage fight between two young women at a playground.

Investigators later identified 27 spectators and the two girls in the brawl, which led to the suspensions. Mayor Judith Flanagan Kennedy's chief of staff told CBS Boston that the suspensions are of varying length.

The fighters' punishment was expected to be longer than those of the spectators.