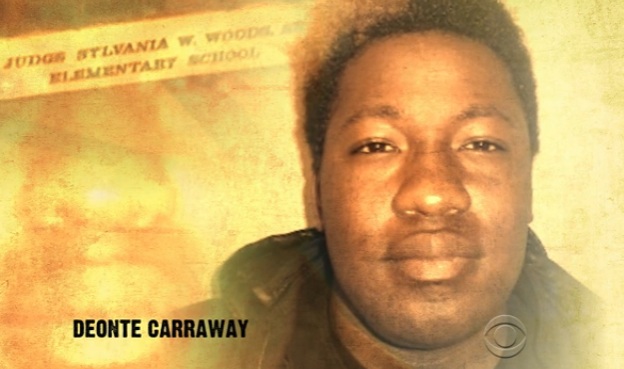 MARYLAND -- A volunteer aide at a suburban Maryland elementary school is facing federal child-pornography charges after prosecutors say he made videos of children having sex with him and each other.

Twenty-two-year-old Deonte Carraway faces life in prison if convicted of the eight federal charges. He's also been charged with child sexual abuse in state court. Prosecutors say he has admitted making the videos.

According to police, he made sexually explicit videos of children at Judge Sylvania Woods Elementary School in Glenarden, where he worked as a volunteer teacher's aide.

Police have identified 17 victims and say there may be more. The allegations against Carraway have already prompted lawsuits and shaken parents' faith in county school administrators. Authorities say Carraway made many of the videos on school grounds during the school day.

Police believe that during the school day at a elementary school in Glenarden, Maryland and at an Aquatic Center, he was videotaping sexual acts between minors and sexually abusing some of the victims, ranging in age from 9 to 13.

The school's principal has been placed on leave. According to the lawsuits, she didn't follow up on complaints about Carraway and didn't go directly to police when she was shown one of the videos.

Parents of victims have alleged in lawsuits that the school's principal was warned about Carraway's conduct but did nothing. The principal has been placed on leave.

Carraway was caught with nude photos on the mobile app "Kik" popular with pedophiles, according to police, previously reported CBS affiliate WUSA.

"My son said that [Carraway] wanted to show him some pictures on his phone and he said 'No, get away from me I don't want to see that'," recalled an upset father, who didn't wish to be identified.

"I was wondering why he walked with so many young boys from here to home," said Karen Alston who volunteered with Carraway.

WUSA obtained a flyer listing Carraway as the head of youth ministries at Zion Praise. The choir was hosting a Valentine's Day dance and a spring trip to Busch Gardens.

"He hid behind the church, singing gospel songs and all he was, was a wolf in sheep's clothing," said the dad. "Make sure you watch closely, don't let these people be babysitters for your children, stay close to your kids and have an open dialogue with them."