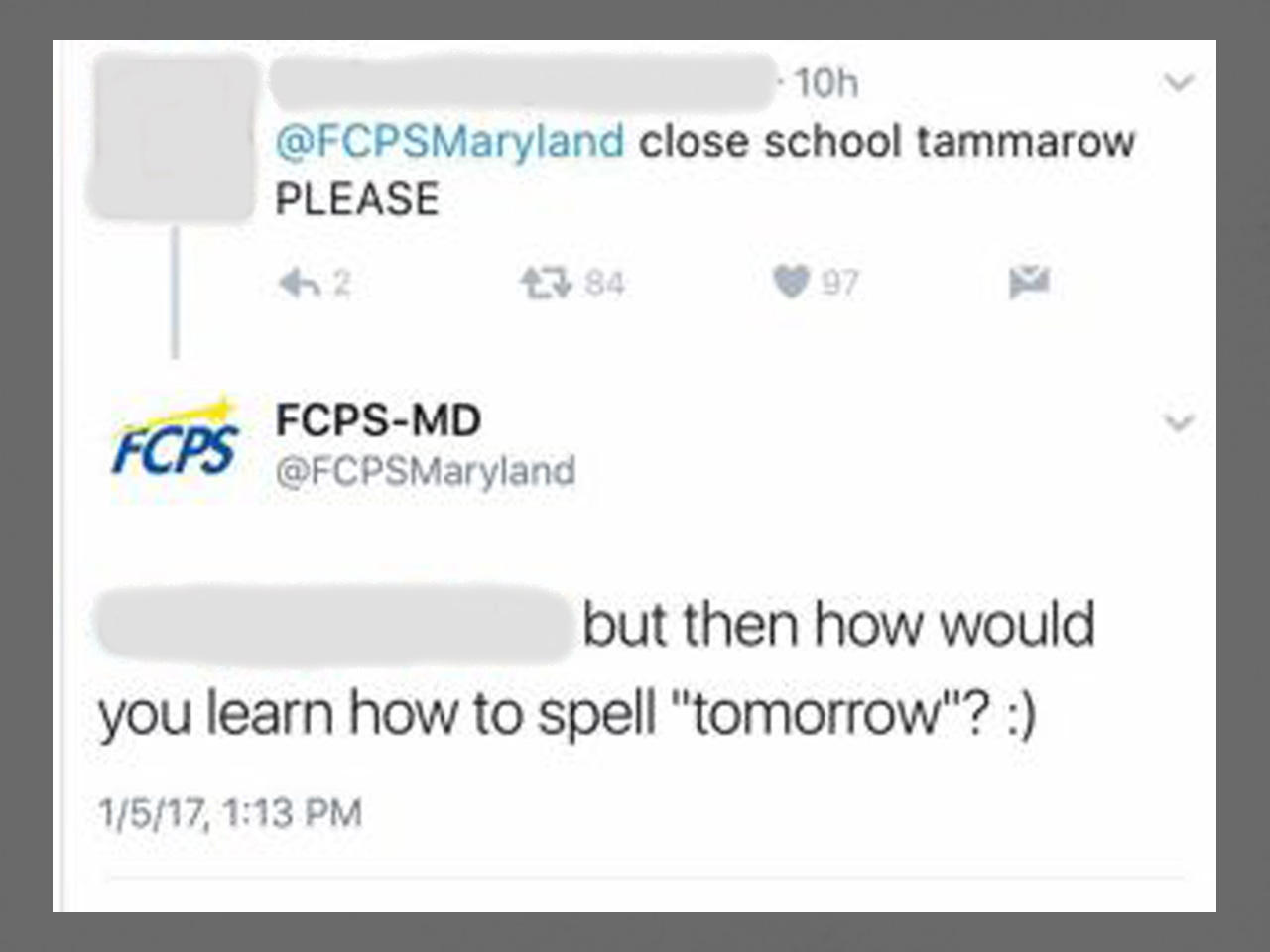 FREDERICK, Md. — A Frederick County Public Schools employee in Maryland has spoken out after she was fired for a tweet she posted from the school’s social media account, correcting a student’s spelling, reports CBS Baltimore.

FCPS Social Media Coordinator Katie Nash reportedly wrote in response to the student, from the school’s Twitter: “But then how would you learn how to spell ‘tomorrow?’ :)”

Nash says the school system was working on being more relaxed and interactive with students on social media. She thought her reply would be a way to engage the students, who were excited about the possibility of a snow day.

“The students were tweeting back and forth, so it just sort of provided a natural opportunity to respond, in a fun, light-hearted way,” Nash tells WHAG.

However, after this incident, Nash reportedly was asked to delete the tweet, and the director of communications for the school district personally apologized to the student.

Michael Doerrer, a district spokesman, confirmed Nash was no longer employed with the school system, but he didn’t comment on the circumstances.

Nash started working as a web experience coordinator in November. Among her responsibilities was to run the district’s social media accounts.

The response from Nash’s FCPS tweet received more than 1,000 retweets and 1,000 likes and she became the subject of a hashtag, #KatiefromFCPS. Later #freekatie also appeared in students’ Twitter feeds.

The student later wrote that he didn’t mind Nash’s original reply and didn’t take it personally.

Nash says she hopes the school board uses the situation to learn more about how to best reach the community on social media.