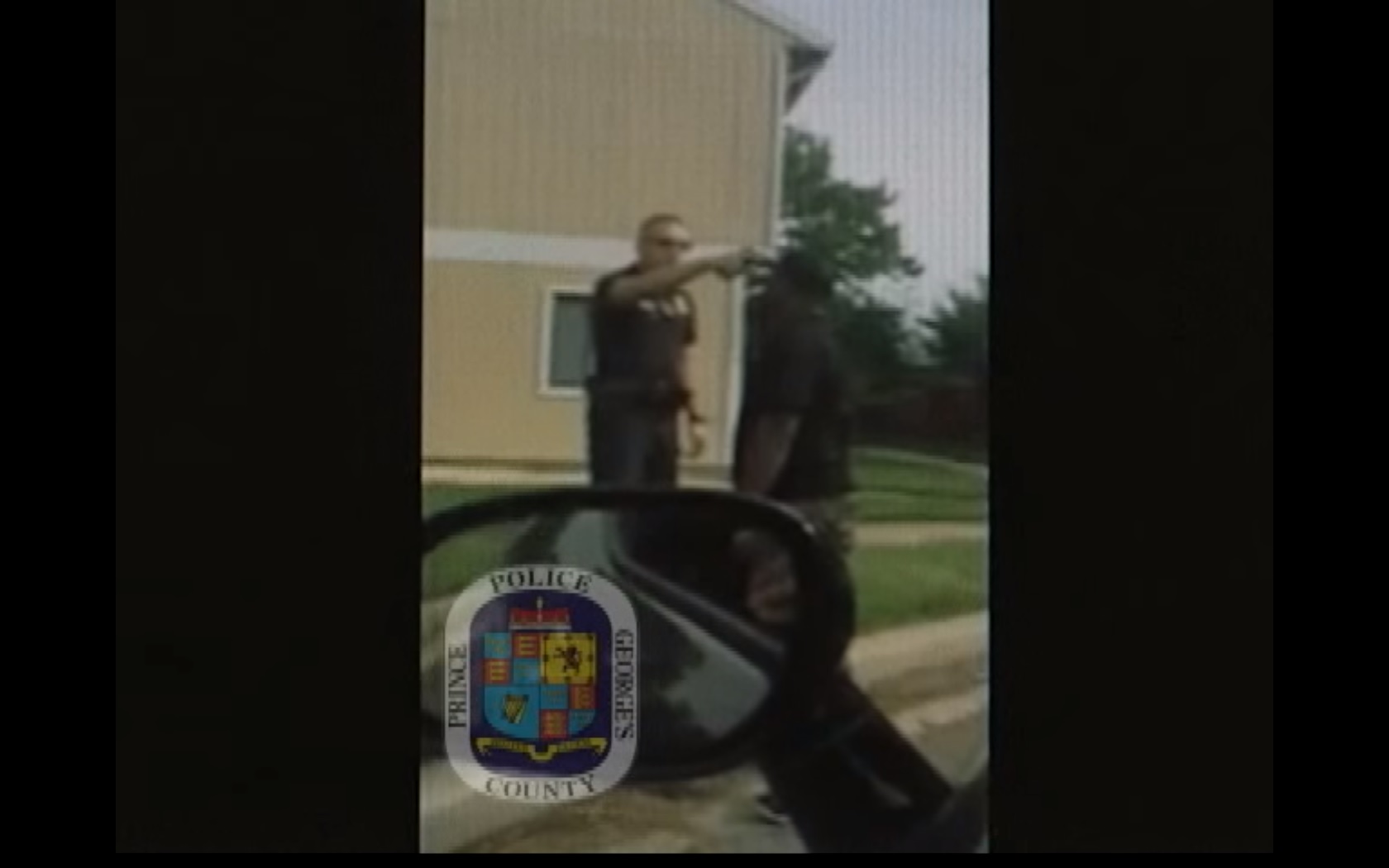 WASHINGTON -- A Maryland police officer has been found guilty of assault and misconduct for an incident, caught on cell phone video, in which he held a gun to a man's head, reports CBS DC.

Prince George's County officer Jenchesky Santiago, who is white, can be seen in the May 10, 2014 cell phone video, holding a gun to a black man's head and repeatedly yelling, "Get back in the car!"

No one was injured in the incident and Santiago is currently suspended without pay.

County Police Chief Mark Magaw condemned Santiago's actions on Wednesday, when he released the video to the public.

"The actions Officer Santiago chose to take that day are his alone. His behavior is flagrant, appalling and isolated," Magaw said at a press conference. "His actions are among the worst I've seen as Chief of Police and that will be taken into account when I make a decision about his employment."

Magaw later said in a news conference he is "recommending termination" for Santiago.

Santiago had been employed by the police department for two years at the time of the incident.