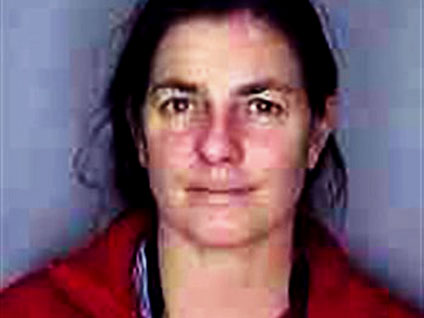 BEDFORD, N.Y. (CBS/AP) Mary Richardson Kennedy, the wife of Robert F. Kennedy Jr., was arrested Saturday for drunken driving after a police officer saw her run over a curb outside a school in Westchester County, authorities said.

According to police, Kennedy's blood-alcohol level was over the legal limit of 0.08 at 0.11 percent. She had said she was headed to pick people up at a fair.

Police would not comment on whether anyone else was in the car when Kennedy was arrested or if she had a lawyer. There was no phone listing for the Kennedy home.

Police had responded to the Kennedy home twice in the week before the arrest, but no arrests were made, according to the San Francisco Chronicle.. Lt. Jeff Dickan told the paper those visits were unrelated to the drunk driving arrest.

In one visit, Kennedy reported a dispute between children, Dickan said. The other visit resulted in a state domestic incident report, but there were "no crimes committed, no report of assault, no arrests and no need for follow-up," Dickan told the Chronicle.