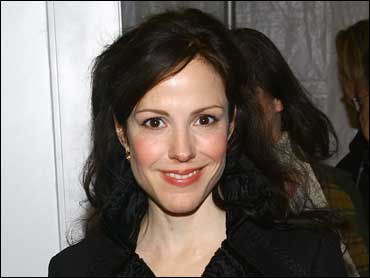 Mary-Louise Parker has adopted a baby girl from Africa, her spokeswoman confirmed to People.com.

Parker, 43, has a 3-year-old son, Will, with ex-boyfriend Billy Crudup.

The actress stars on Showtime's offbeat comedy "Weeds" as a newly widowed mother of two who starts selling marijuana to maintain her family's comfortable suburban lifestyle.

Parker co-stars with Brad Pitt and Casey Affleck in "The Assassination of Jesse James by the Coward Robert Ford," which opens in theaters Friday.

Her screen credits also include "Fried Green Tomatoes," "Boys on the Side" and "The Client."