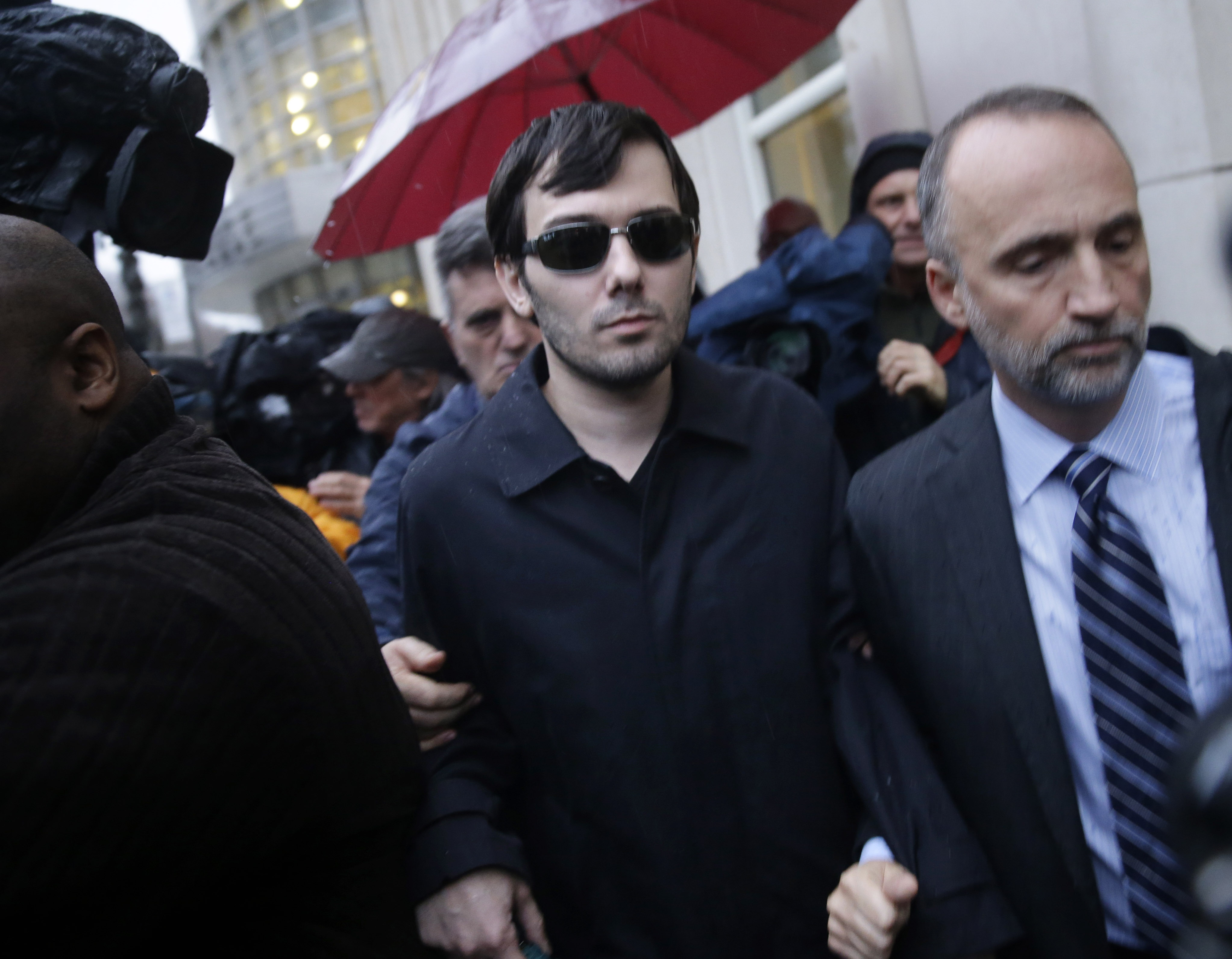 Martin Shkreli has stepped down as chief executive officer of Turing Pharmaceuticals, a day after his arrest on securities fraud charges.

Shkreli will be replaced on an interim basis by Chairman Ron Tilles, Turing said Friday in a statement. "We wish to thank Martin for helping us build Turing Pharmaceuticals into the dynamic research focused company it is today, and wish him the best in his future endeavors," Tilles said.

On Thursday, Turing said in a statement that Shkreli's legal troubles were "personal and have no bearing" on the company.

Shkreli pleaded not guilty to charges unrelated to his time at Turing, which he founded earlier this year.

The 32-year-old, who was released on $5 million bond, is accused of losing investor money and then covering up the losses by illegally taking assets from one of his companies to pay off debts in another.

Evan Greebel allegedly helped Shkreli in his schemes. The 42-year-old New York attorney was also arrested and charged. He pleaded not guilty, and he was released on a $1 million bond.

At Turing, Shkreli gained notoriety for acquiring a life-saving drug, Daraprim, and hiking its price to $750 a pill from $13.50, drawing outrage from various quarters, including Congress and advocacy groups. But Shkreli was nothing if not unrepentant, telling a Forbes summit earlier this month that he regretted not increasing the price of the drug by more than he'd already done.

In November, Shkreli acquired a majority stake in KaloBios Pharmaceuticals (KBIO), taking the role of CEO there as well. Shares of KaloBio plunged more than 50 percent after Shkreli's arrest and were subsequently halted. They had not resumed trading on Friday.

Shkreli has maintained a low-profile since his arraignment, but he did sent out one tweet late Thursday: