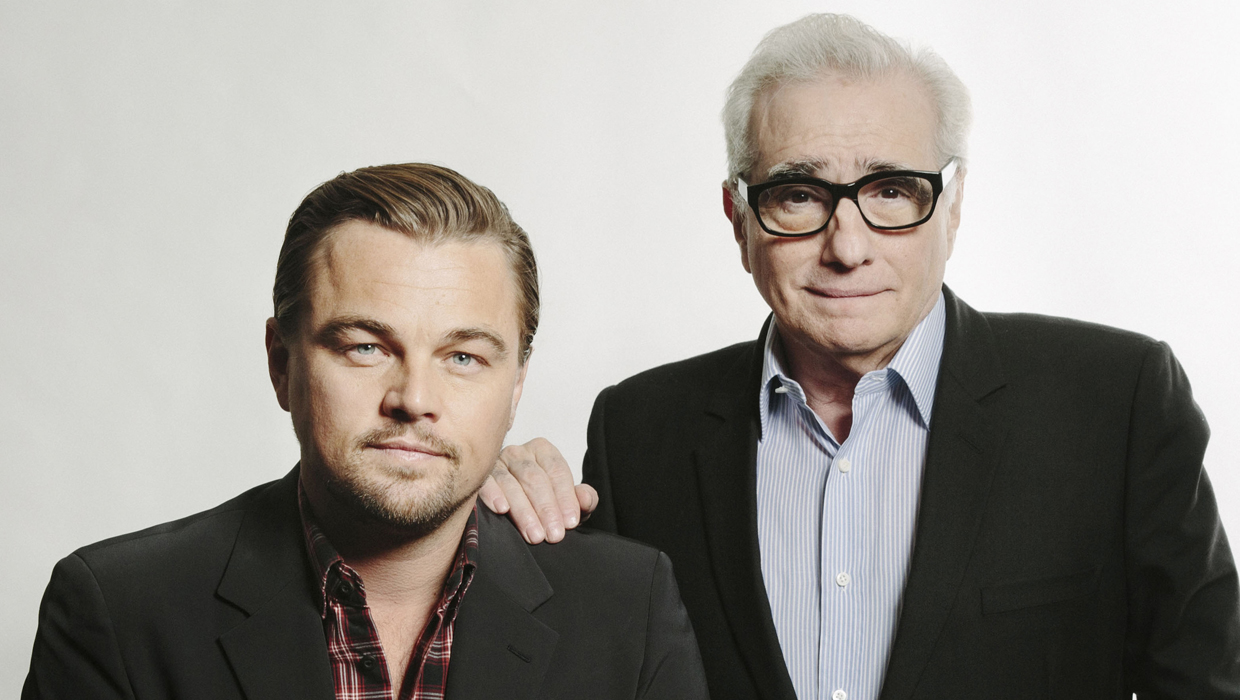 "Anything goes" was the guiding ethos for Martin Scorsese and Leonardo DiCaprio in making their extravagant dark comedy of Wall Street excess, "The Wolf of Wall Street."

"We would look at each other and ask, 'Are we going too far?'" says DiCaprio. Rarely was the answer "yes."

The partnership between the 71-year-old Scorsese and DiCaprio, 39, has now stretched over five films and more than a dozen years. They've together been able to carve out a space for the kind of daring Hollywood typically shuns. "Anything goes" is far from the mantra of today's movie business.

"I don't think people really quite understand how unique this movie is," says DiCaprio, while Scorsese, sitting next to him, nods. "No matter what they think of the movie, you do not see films like this happening."

Scorsese and DiCaprio recently sat down for a joint interview to discuss their latest film, which opens on Christmas Day. On the surface, they exude the dynamic of master and pupil. But they're on more equal footing, bonded by a desire to make movies like those from the '70s that DiCaprio grew up admiring and Scorsese actually made. In the last 13 years, Scorsese has made only one fictional film ("Hugo") that didn't star DiCaprio.

"Over the years, it's been about learning more, fine-tuning the instruments together, so to speak, and discovering more from each other in the process," says Scorsese. They co-produced "The Wolf of Wall Street," which Warner Bros. turned down in 2008 before it was reborn with Paramount Pictures.

Ironically, Scorsese was tipped off to DiCaprio's talent from the actor he's most associated with: Robert De Niro. After De Niro made 1993's "This Boy's Life," he recommended an 18-year-old DiCaprio to Scorsese. That would spark a pairing that has grown to rival De Niro's own with Scorsese (eight films).

DiCaprio was in his mid-20s when he sought out a part in Scorsese's bloody New York tale, "Gangs of New York." The Howard Hughes biopic, "The Aviator," followed, a movie that DiCaprio (who landed his first lead actor Oscar nomination) suggested to Scorsese. Then came the Boston crime flick "The Departed" (earning Scorsese his first directing Academy Award) and the '50s noir "Shutter Island."

"It hasn't been calculated at all," says DiCaprio. "I brought projects to him. Projects have come to us. And we just kind of both said, 'Yes, that's the type of movie we want to do.' It's been this really natural progression. We've taken more and more chances. And, certainly I've grown more as an actor having a trusted ally."

"The Wolf of Wall Street," written by Terence Winter ("Boardwalk Empire"), is adapted from Jordan Belfort's memoir about his heady rise from a Long Island penny stock trader to a wealthy stock swindler presiding over the brokerage firm Stratton Oakmont.

Schooled by an early boss (Matthew McConaughey) on the "fairy dust" that is high finance, Belfort recklessly plunders his clients' pockets to make himself rich and to finance a parade of prostitutes, cocaine and Quaaludes. DiCaprio calls the movie "a biography of a scumbag."

"It has to be seen. It has to be experienced," says Scorsese. "If it raises the ire of some people, that might be a good thing because it makes you think about it."

Though DiCaprio has spent much of his post-"Titanic" career taking on iconic, somewhat stiff roles like J. Edgar Hoover, Jay Gatsby and Howard Hughes, his performance as Belfort is wildly uninhibited -- more like he was in Woody Allen's "Celebrity." In scenes in front of hundreds of cheering extras playing sycophant employees, DiCaprio identified with Belfort's swelling ego. He felt, he says, "like a rock star."

"He was enjoying himself with the character," says Scorsese. "I didn't want to stand back and say, 'This is bad behavior.' It's not for us to say, it's for us to present. And obviously it's bad behavior."

The arc of the movie will recall for many Scorsese's "Goodfellas." It could be that Scorsese identifies with the voracious appetites of Belfort and Henry Hill because he shares it, only his taste is for movies. He paraphrases Frank Capra: "Film is a disease and the only antidote is more film."

Though Scorsese remains an unusually prolific filmmaker, he signals an acceptance that his time is waning: "Who knows? You may have a couple of minutes left. You may have 20 years left.

"I want to do so much, and when you get to this vantage point, there's not much time left."

Scorsese compares new films to a diet of Big Macs being served to young people like his teenage daughter. "It's not cinema anymore," he says. "It's a blockbuster."

"What's their idea of what cinema is? A film that opens on a weekend and the money it makes on a Friday night," he says. "The only way that can really be changed is if the audience changes. But how can you change the audience now because they've been raised on it? A young person won't take it as seriously, maybe."

For now, he and DiCaprio (their career together will be honored by the National Board of Review) hope to work together again, continuing to evade industry pressures as a duo. Says the Los Angeles-native DiCaprio: "I've been given an opportunity to finance movies based on my name and what am I going to do with that? ... It's an opportunity that I'd feel like an idiot to squander."

Unlike the business of Wall Street, the results aren't "fairy dust."

"Good, bad or indifferent, we're trying to make something so we can sit here and talk about it," says Scorsese. "If you're taking money from here and here and nothing comes out, what is it for? What are you creating?"