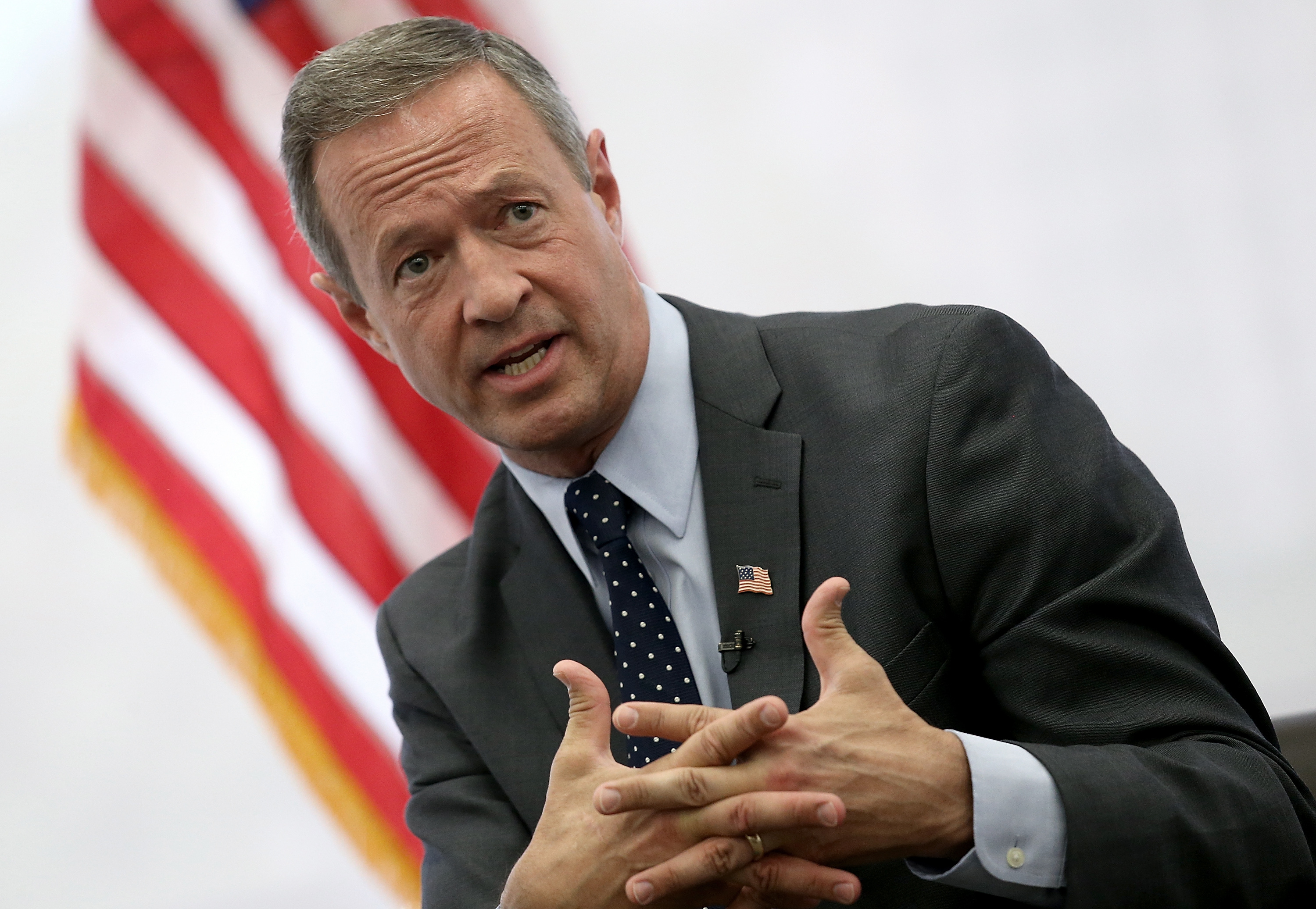 NEW YORK -- As he pitched himself to black voters in South Carolina Tuesday, Martin O'Malley called for a constitutional amendment to protect every American's right to vote.

"Many Americans don't realize that the U.S. Constitution does not affirmatively guarantee the right to vote," he said in an email to his supporters. "Passing a constitutional amendment that enshrines that right will give U.S. courts the clarity they need to strike down Republican efforts to suppress the vote."

O'Malley is specifically advocating for the passage of legislation introduced in the House in January, which states, "Every citizen of the United States, who is of legal voting age, shall have the fundamental right to vote in any public election held in the jurisdiction in which the citizen resides."

The bill was referred to the Subcommittee on the Constitution and Civil Justice.

His push coincides with the fiftieth anniversary of the Voting Rights Act of 1965, which was instrumental in prohibiting racial discrimination at the ballot box. According to data compiled by the Brennan Center at New York University and provided an O'Malley campaign official, at least 19 states introduced bills last year that either require voters to show photo ID at the polls or tighten existing photo ID laws and four states reduced early voting hours.

These measures, according to O'Malley, are a Republican effort to systematically exclude voters who lean Democratic, including low-income, disabled and minority Americans, despite the success of the Voting Rights Act.

The Supreme Court struck down a key provision of the Voting Rights Act in 2013, but efforts to rewrite sections of the law have gone nowhere in Congress.

In a meeting in Columbia Monday morning with members of the 20/20 Leaders of America, a bipartisan organization of black mayors, elected officials and other community leaders, O'Malley spoke more broadly about his ideas to reform the criminal justice system.

His plan focuses on improving relationships between law enforcement agencies and the communities they police, lowering sentences for nonviolent crimes, reforming the prison system and using encouraging states to restore voting rights to people with criminal records, including those with felony records.

Hillary Clinton, the frontrunner for the Democratic nomination, has also advocated for an expansion of voting rights. She has proposed an automatic, universal system for voter registration which would register all 18-year-olds to vote, unless they choose to opt out, and the creation of a national standard of 20 days of early, in-person voting that includes evenings and weekends.

As governor of Maryland, O'Malley oversaw the expansion of early voting days and the introduction of same-day voter registration. In 2007, he signed legislation that restored voting rights to 50,000 Marylanders with felony records.

O'Malley often touts his executive experience as an advantage in the race for the nomination, and has pledged to nationalize reforms he made in Maryland. His recent emphasis on policing, voting rights and criminal justice reform comes as O'Malley and the other Democratic candidates have rushed to voice their commitment to black voters and, in particular the "Black Lives Matter" movement, which disrupted the progressive Netroots Nation forum in Arizona last month.

O'Malley, who then stumbled in his response to the protest, has since tried to clarify his position.

"[Baltimore] had become the most violent, addicted and abandoned city in America," he said to the National Urban League in a speech last week, recalling his time as mayor. "Every year we buried 300 young black men who died violent deaths on our streets. And black lives matter."