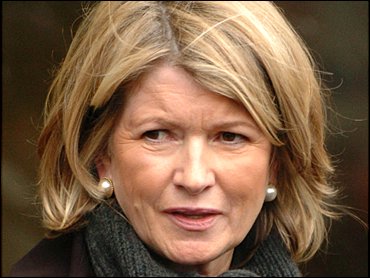 A Secret Service ink expert pleaded not guilty Wednesday to charges that he lied repeatedly while testifying for the prosecution at the Martha Stewart trial.

The perjury charges are the basis for new-trial motions filed last week by Martha Stewart and former stockbroker Peter Bacanovic, who were convicted in March of lying about a stock sale.

The plea by ink expert Larry Stewart came in a brief hearing in federal court. His trial was set for Sept. 20.

Larry Stewart, who is not related to Martha Stewart, testified that multiple inks were used on a worksheet prepared by Bacanovic that reflected holdings in Martha Stewart's portfolio — including ImClone Systems Inc., the stock at the heart of the case.

Prosecutors say Larry Stewart falsely claimed he performed ink tests on the worksheet when a subordinate had actually done the work. They also say he lied when he claimed to have knowledge of a book proposal on ink analysis.

Wheat said Larry Stewart was accurate when he testified he "observed, participated and reviewed" the testing of the worksheet.

"It may be the government just is not aware of all the things that Mr. Stewart did," she said.

The government has insisted the perjury charges do not undermine the convictions because the defense never disputed the central element of Larry Stewart's testimony — that Bacanovic used multiple inks on the worksheet. Prosecutors also note that Bacanovic was acquitted on the charge directly linked to the changing of the worksheet.

Defense lawyers say the charges merit a new trial because Larry Stewart, as an employee of the Secret Service, was effectively an arm of the prosecution. Larry Stewart is now on administrative leave from the agency, Wheat said.

Martha Stewart and Bacanovic are scheduled to be sentenced July 8. Each is expected to get 10 to 16 months in prison.

The not guilty plea shouldn't affect Martha Stewart's request for a new trial one way or another, says CBSNews.com Legal Analyst Andrew Cohen.

"In some ways Larry Stewart's guilt or innocence is irrelevant to Martha Stewart," Cohen said. "What is important for her fight is that prosecutors believe that the Secret Service agent lied."

The timing of the trials works against the domestic diva.

"He won't get to trial until this fall," Cohen said. "She likely will have her new trial request resolved, one way or another, in the next few weeks."