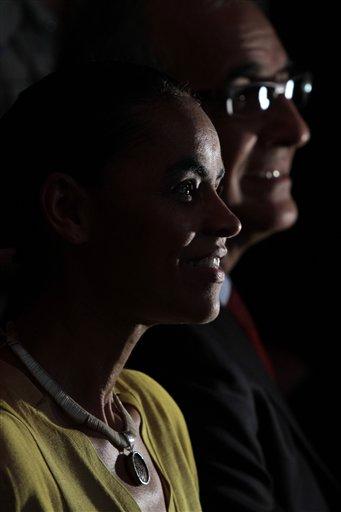 Every year, more than 30,000 Americans are diagnosed with leukemia and other blood diseases, and a bone marrow donation can literally give them the gift of life.

Three years ago, Michael McCormick's family was hoping for such a gift.

"I just had a gut feeling that something was wrong, and called up the pediatrician and asked if I could bring him in," says Michele McCormick, Michael's mother. "Not only was it leukemia, but we were told it was a rare kind of leukemia. It was an adult form, CML, and he needed a transplant."

"We knew the odds were that we weren't gonna find Michael's match. They told us that," Michele McCormick says.

"I asked my mom if there were any calls," Michele McCormick recalls. "And she couldn't even look at me. And she said, 'Yeah.' And I said, 'Someone called?' And she said, 'The hospital. There's a match.' "

"All the time," Michele McCormick remembers, "Every day, it popped into your mind. I just couldn't wait to see this person. Because this is a total stranger who saved your son's life. And you just can't wait to meet them and thank them. There aren't words to just -- to express what you feel.

"People think that it can't happen to you or someone you love. I mean, it can happen to anyone. And, if it was your child, you would hope and pray that somebody out there would do what Margaret did for us.

"I gave birth to Michael. But she gave him back to me."

Dad Michael McCormick rushed to agree: "She gave him the gift of life."

How does it make Smith feel to hear McCormick's parents talk like that?

When Smith first called the McCormicks, the younger Michael was so emotional, he couldn't even get on the phone. "I was a wreck," he says.

What was it like when McCormick and Smith finally met? "What do you say to a person," McCormick asked. "Thank you for a gift? It's thank you for saving my life. The only thing I can really say is thank you, but she's so easy to get along with. It's like we were family as soon as we met."

"The message here," Storm says, "is, even if you are a stranger and not a family member, it's very important to register as a bone marrow donor."

Smith says a family tragedy prompted her to sign up: "I lost my sister-in-law, my husband's twin sister, to brain cancer. I just felt so helpless that we couldn't do anything for her.

"I happened to read an article in "Family Circle" magazine that prompted me to register. They were having a drive, and I thought that's something I can do, and I knew instantly I would be called to do it. And I just waited for a phone call. So there was never a doubt that I wouldn't do it, and I was just so excited that I finally could."

McCormick says he's "feeling great. No restrictions, other than if I'm running, being active, and I get tired or overheated, I have to stop and be careful with germs. If I get sick, I'll be hit a lot harder than any other person with a cold or flu."

He says the procedure was "the easiest part. They inserted it through my central line that I had, and it took about ten minutes and shot it through two syringes." But the recovery took about a year-and-a-half.

Ungaro says Family Circle has another drive on. "You could call 1-800-MARROW-2. And you could be tissue-typed. That's really the easy part. It just involves going to a donor center, and it's only two test tubes full of blood.

"But then, if you're called, because you match, the procedure is something that does require going under a general anesthesia or local. I'm sure Maggie was in the hospital probably overnight. And the doctor basically extracts the marrow, which is this amazing, life-giving liquid.

"And there is no pain during the procedure, but Magie was sore for about a week afterwards." Smith says there was "so little pain" as a donor. "Much less than I thought. It felt like a bruise to me, just a bruise on the lower back."

Michael is now in junior in high school and wants to be a teacher.