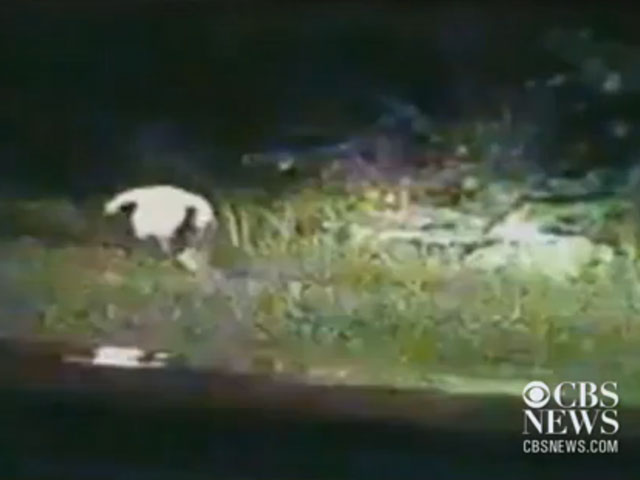 (CBS) - The family of Marlon Brown, the Fla. man killed after being run down by a police car, has filed a complaint accusing the medical examiner's office of "negligence" and "material misrepresentation of the data" after it ruled the death was an accident

A dash-cam video from the night of May 8 shows Brown, 38, running from two police cars into a vegetable garden. One car stops, but the car driven by rookie DeLand Police Officer James Harris can be seen speeding after - and into - Brown.

Officer Harris was fired immediately after his chief viewed the video on May 31, but State's Attorney R.J. Larizza did not indict Harris on charges of vehicular homicide, which in Florida is defined as "the operation of a motor vehicle by another in a reckless manner likely to cause the death of, or great bodily harm to, another."

Instead, Larizza gave the case to a grand jury, which declined to press charges.

Brown family attorney Benjamin Crump tells CBS News' Crimesider that he believes the reason the grand jury failed to indict Harris was that the autopsy, signed by Dr. Marie Herrmann, determined that there was no evidence the car struck Brown - a conclusion the family's complaint says defies "logic, common sense, and seemingly scientific principle."

Crump says that he and the family are asking the Florida Department of Law Enforcement to do an independent investigation into the autopsy, which they believe contains "material misrepresentations."

On the family's side is James Cusack, the funeral director who prepared Brown's body. At a news conference on Thursday, Cusack said Brown had injuries not indicated on the medical examiner's report.

"I saw an indication that his neck, was very loosely-where you could move it- which to me, was there were some contusions, if not a complete break," said Cusack.

Complicating the case is the fact that the autopsy was actually performed by Dr. Shiping Bao - the same doctor who performed the autopsy on Trayvon Martin - but signed by Herrmann. Bao was fired from his position in the M.E.'s office in September. According to the complaint, Bao told the Brown family that he concluded the cause of death was not an "accident" but "traumatic homicide," but that he was overruled by his supervisor, Dr. Herrmann.

"We felt betrayed by our criminal justice system," says Krystal Brown, Marlon's ex-wife and the mother of his children.

Crump says that the family is hoping that a new autopsy will lead the prosecutor to issue an indictment, or return to the grand jury with new evidence.

State Attorney R.J. Larizza's officer told Crimesider that Larizza will not be speaking with the press about the Brown case.

The Florida Department of Law Enforcement also issued a statement, saying that they were reviewing the complaint "for legal sufficiency," and that "it will be up to the state's Medical Examiner's Commission to decide how to proceed."