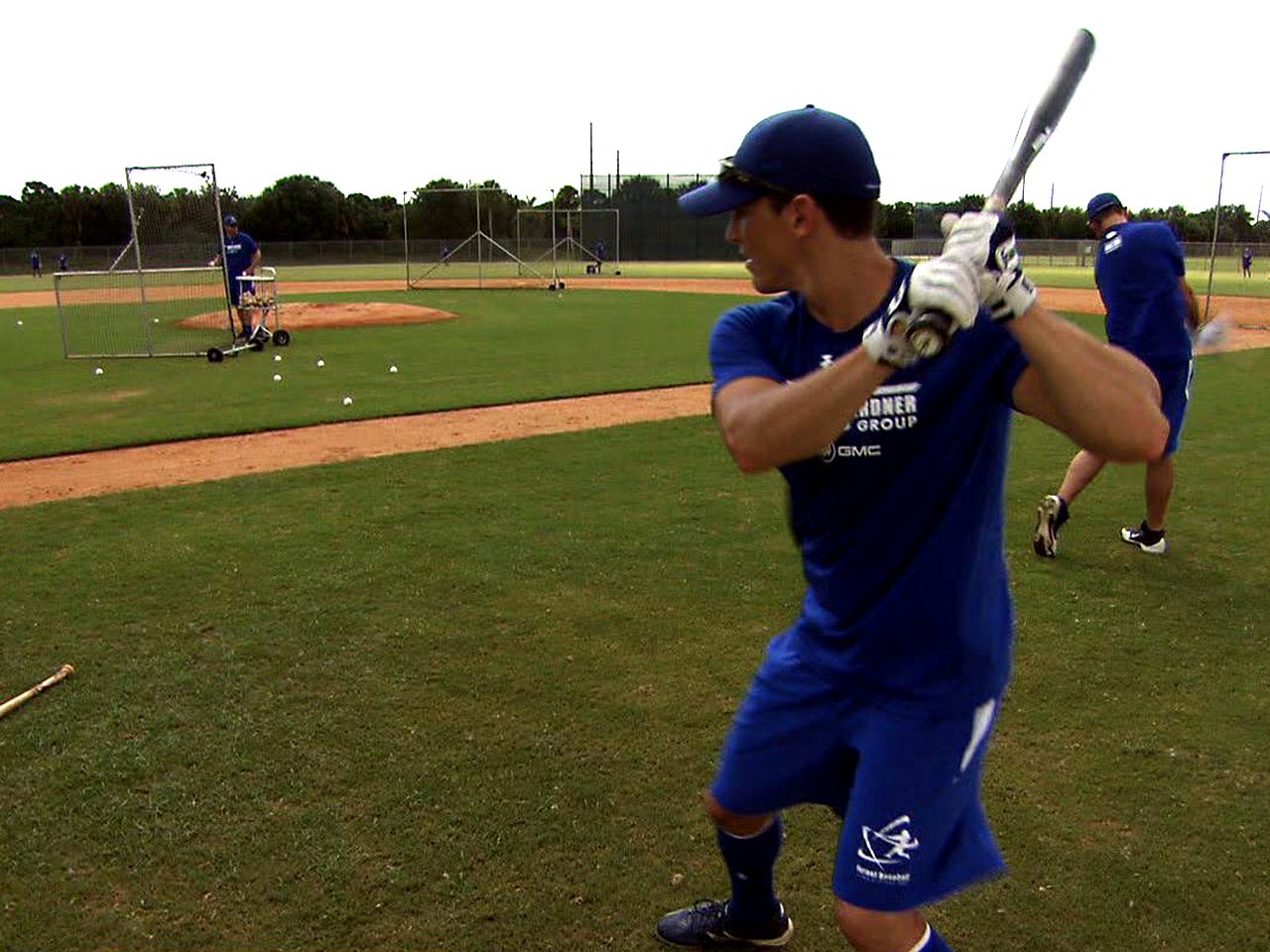 (CBS News) Imagine getting all the way to the major leagues, and then, the minute you take the field, your career is over. It really happened to Adam Greenberg. Now a fans' movement to bring him back to home plate has apparently paid off. The Florida Marlins have agreed to give Greenberg a one-day contract next Tuesday in a game against the Mets. It's the chance he has been looking for, and may even serve as an audition to reclaim his major league career dream.

Greenberg lives for his next at-bat. He's a center-fielder playing in Florida for Israel's national team, and he's now trying to connect with that stolen major league dream that he has had, he told CBS News, "as far back as (he) can remember." He said, "It was the dream about playing and being on that diamond and playing in a game and winning a game. That was the dream, that was the vision."

He starred at the University of North Carolina. In 2002, the Chicago Cubs drafted him in the ninth round. Then, on July 9, 2005, a Cubs-Marlins game in Miami. Greenberg, called up from the minors, pinch hit against Miami pitcher Valerio de los Santos.

It was Greenberg's first big league at bat. He was 24.

Greenberg recalled, "I was beyond excited, had some nerves, of course, trying to keep the composure of the task at hand."

Greenberg's major league career lasted all of one pitch. A 92 mile-per-hour fastball had hit him square on the back of his head.

Greenberg said, "I remember feeling it hit my skull, and I remember grabbing it instantly, feeling like I was holding it together. In my mind, my head spilt open and I grabbed it to hold it together. I went to the ground immediately. My eyes rolled in the back of my head. I couldn't control them for the first time in my life and I was scared to death."

"I was trying to tell myself, 'Just stay alive,' that's the only thing I was saying," he recalled. "So did I think my life was over? I thought I was close."

He had a concussion; he fought vertigo for a year and a half, suffered migraines, vision problems, and depression. He bounced around the minors for the next six seasons, but never got another big league moment.

"The greatest moment and time in my life was matched at the exact same time by the worst thing that could possibly happen," he said.

Filmmaker Matt Liston, a Chicago Cubs fanatic, was haunted by watching Greenberg's terrible at-bat. He launched a nationwide campaign in August to get any major league team to give Greenberg one more at-bat. More than 22,000 people signed his petition.

Liston said of Greenberg's accident, "It doesn't even count as an official at-bat. So that's why we wanted to do this campaign, to get him the official at-bat that he deserves, the at-bat he earned."

CBS News was in Florida when Greenberg and Liston met for the first time. Greenberg says Liston's zeal re-energized him to chase a dream he thought was over.

Liston said, "I cannot wait to be there in a big league ball park and having you step up to the plate again."

"It's going to happen," Greenberg said.

Asked how long he can chase this dream, Greenberg said, "The dream of continuing to play is as long as I have it in my heart. To put a time cap on that, how do you do that?"

For both these guys, it's bigger than baseball. They're chasing something for anyone who has ever lost a dream.

Watch this full report in the video above.