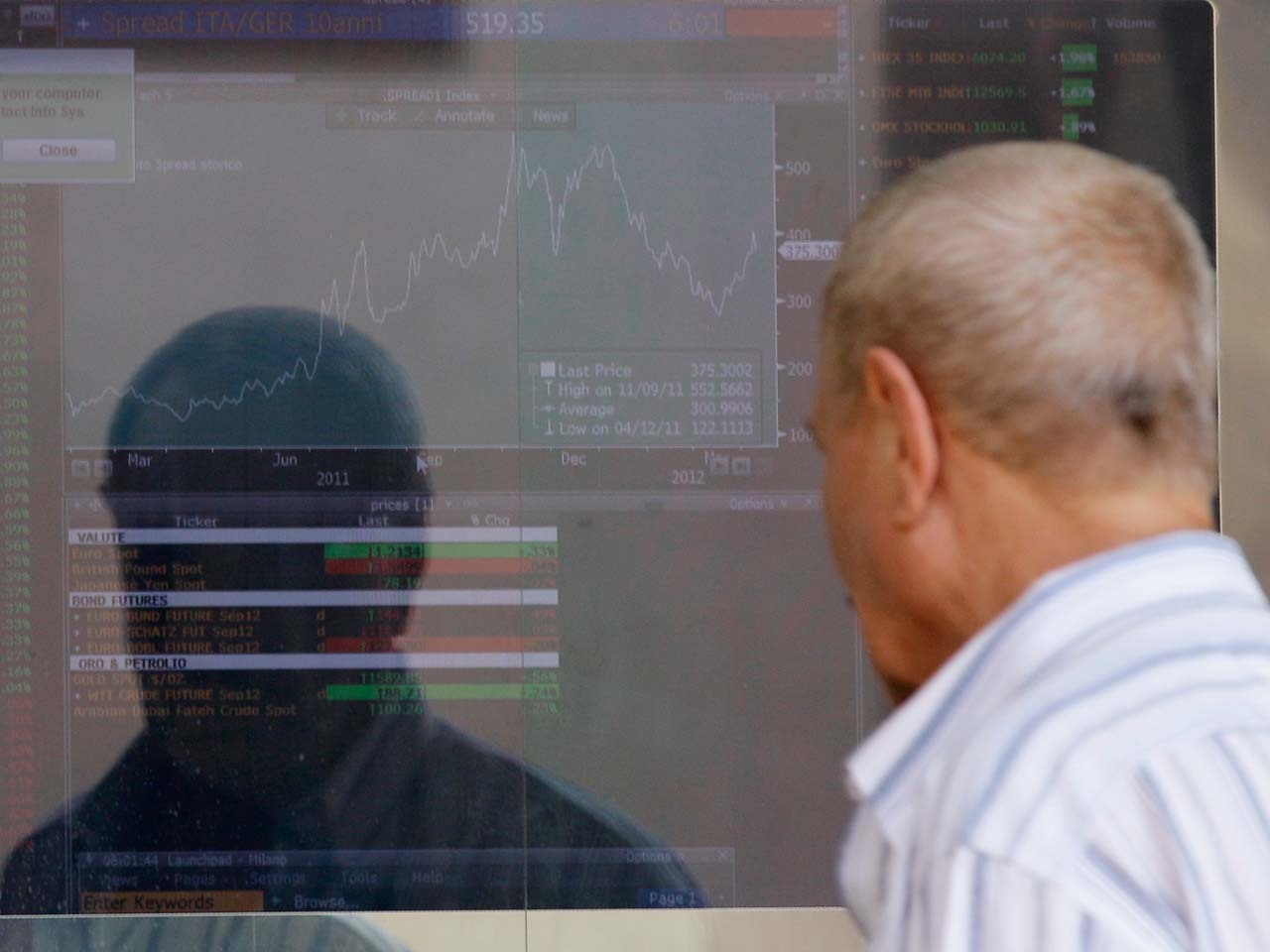 (AP) LONDON - Financial markets recovered Wednesday but a run of disappointing economic data in Europe and worse-than-expected earnings from Apple kept the recovery in check.

Markets have been recently rattled by fears that Spain, the eurozone's fourth-largest economy, will need a bailout along the lines of Greece, Ireland and Portugal.

Helping sentiment were comments from European Central Bank policymaker Ewald Nowotny, who raised the prospect that the European Stability Mechanism, the eurozone's planned permanent bailout fund, could be given a banking license. That would give it the ability to borrow money from the ECB, increasing its financial resources.

"These comments are unlikely to lead to anything in the near term but the fact it is being considered has lifted the markets,"said Craig Erlam, market analyst at Alpari.

The main advance was seen in Spain, where the main IBEX 35 index was trading 1.9 percent higher. The country's borrowing rates also eased after hefty increases of the past few days. The 10-year yield was around 7.5 percent, still way above the 7 percent rate considered to be unsustainable in the long-run.

What could happen to the U.S. if Spain defaults?
A beginner's guide to the EU crisis
Apple earnings: iPad lacks profit power of iPhone

Elsewhere in Europe, Germany's DAX rose 0.5 percent to 6,421 while the CAC-40 in France was 0.7 percent higher at 3,097. Britain's FTSE 100 index of leading British shares was 0.2 percent higher at 5,510 even though official figures showed the country's economy shrank by a greater-than-anticipated quarterly rate of 0.7 percent in the second quarter.

Wall Street is also poised to make gains at the open despite underwhelming earnings overnight from Apple. Both Dow futures and the S&P 500 futures were up 0.2 percent.

However, the main focus remains on Europe's debt crisis and in particular Spain and Greece.

The cost of bailing out Spain would potentially be twice the size of aid for Greece, Portugal and Ireland combined. This factor has raised questions over how long Europe's stronger economies will continue rescuing the weaker ones.

Germany's Ifo survey of business sentiment fell for a third consecutive month in July, adding to concerns over the state of Europe's largest economy. This follows Moody's announcement earlier this week that the country's credit rating was under pressure by the crisis enveloping Europe.

Some officials in Berlin have called for allowing Greece to leave the euro to keep it from hurting Germany. Investors think such an exit could happen soon if Greece's international debt inspectors conclude that little progress has been made in reforming the country's economy.

"It does appear though that we're approaching the endgame for Greece and that European officials will soon have no alternative but to make some very tough decisions regarding whether or not they provide more money and time or whether they restructure now and also whether Greece should stay in the eurozone," said Gary Jenkins, managing director of Swordfish Research.

Another worry in the markets heading into August, when liquidity levels are low, is that price movements could be exaggerated, in much the same way as they were last year. That could make matters worse in Europe crisis resolution effort.

"If liquidity dries up moving into August, prices are open to being driven by much less than in normal conditions, compounding fears of volatility," said David White, a trader at Spreadex.

Oil prices were steady with benchmark crude for September delivery up 24 cents at $88.74 a barrel in electronic trading on the New York Mercantile Exchange.