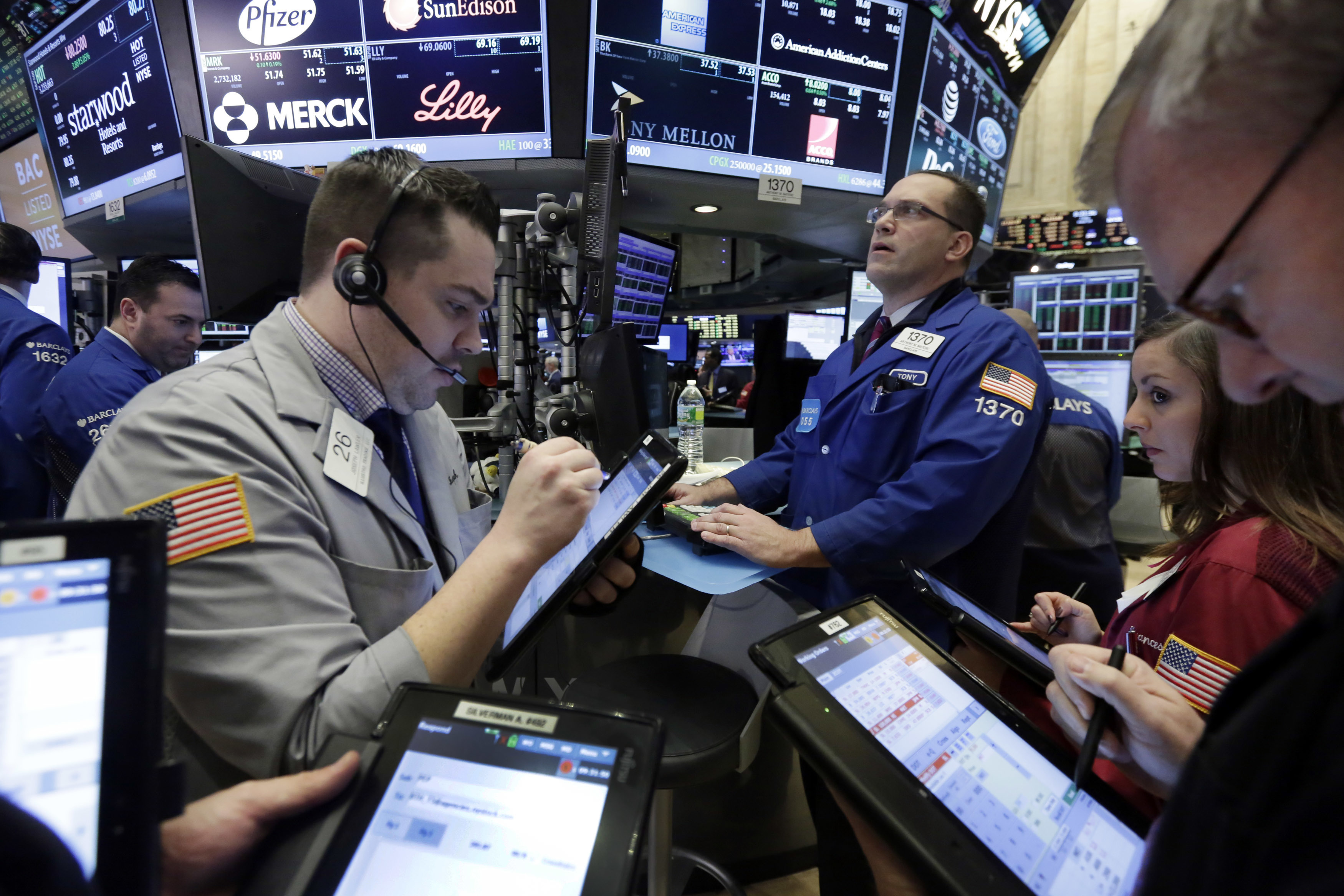 NEW YORK - U.S. stocks closed higher on Friday, extending a winning streak that has erased most of this year's early losses. Health care stocks recovered after a punishing week. Starwood Hotels and Columbia Pipeline Group both climbed more than 5 percent after they each agreed to be acquired.

Columbia Pipeline Group climbed after TransCanada agreed to buy the company for $10 billion, or $25.50 per share, in an attempt to expand further into the U.S. Columbia Pipeline stock advanced $1.33, or 5.7 percent, to $24.84.

Adobe Systems, the software developer behind Photoshop, Illustrator and Acrobat reported better-than-expected results for the fiscal first quarter and raised its annual forecasts. The stock jumped $3.46, or 3.9 percent, to $93.42.

Starwood Hotels climbed $4.18, or 5.5 percent, to $80.57 after the hotel chain said it accepted a new buyout offer from a group led by Anbang Insurance Group of China. The bid is worth more than $14 billion. Competitor Marriott, which agreed to buy Starwood last year, said it is considering its options and noted it has the right to make another offer.

The stocks are also getting a boost from the recovery in oil prices. As energy prices tumbled, investors worried that some bank loans to energy companies wouldn't get paid back. Investment bank Goldman Sachs added $4.69, or 3 percent, to $157.60.

Oil prices turned lower, with U.S. crude down 77 cents, to $39.44 a barrel in New York. The international standard, Brent crude, lost 40 cents, or 1 percent, to $41.14 a barrel in London. On Thursday U.S. crude closed over $40 per barrel for the first time since early December. With energy prices slipping, energy company stocks also traded lower on Friday.

The five-week climb has wiped out most of the market's big losses from earlier in the year. The Dow and the S&P have both jumped about 12 percent since they hit annual lows Feb. 11. The price of U.S. crude is up 50 percent since then as investors have hoped production will slow down and demand won't collapse. Energy and materials stocks have both climbed over the last month as oil and precious metals prices rose, while industrial, consumer and technology stocks have benefited from a more positive economic picture in the U.S.

The dollar, which has strengthened dramatically over the last few years in part on expectations that interest rates would rise in the U.S., has weakened since Wednesday, when the Federal Reserve said it expected the pace of interest rate increases to slow.

That makes goods priced in U.S. dollars more affordable overseas, and that's good news for industrial companies with a large international presence. Those stocks continued to rise Friday, with aircraft maker Boeing up $3.26, or 2.5 percent, to $133.96 and competitor Textron up $1.20, or 3.4 percent, to $36.17. Airlines also benefited, as the dollar has hurt their revenue overseas when it's translated back into dollars. Delta Air Lines advanced $1.42, or 2.9 percent, to $50.05. American Airlines rose $1.34, or 3.2 percent, to $43.44.