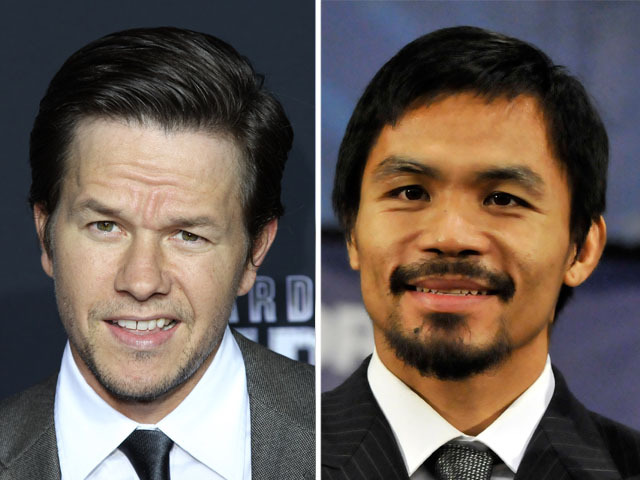 NEW YORK (CBS) Mark Whalberg thinks he has what it takes to knock out Manny Pacquiao, a world champion boxer who recently sent two of his opponents to the hospital.

While on the "Dan Patrick Show" Friday, the 39-year-old actor praised Pacquiao for all his wins but also said he would fare well against the Filipino-born champ if he got the lucky shot.

"I got size on him," Whalberg said, according to TMZ. "I think if I catch him with a sucker punch, he's out."

His confidence most likely stems from the extensive boxing training he underwent for his next film, "The Fighter," which also stars Christian Bale.

Walhberg recently told 60 Minutes that he trained eight to ten hours a day for four years to play boxer "Irish" Micky Ward. "The Fighter" is due in theaters Dec. 10.

Tell us, do you think Marky Mark has what it takes to knock out the Pac-man?