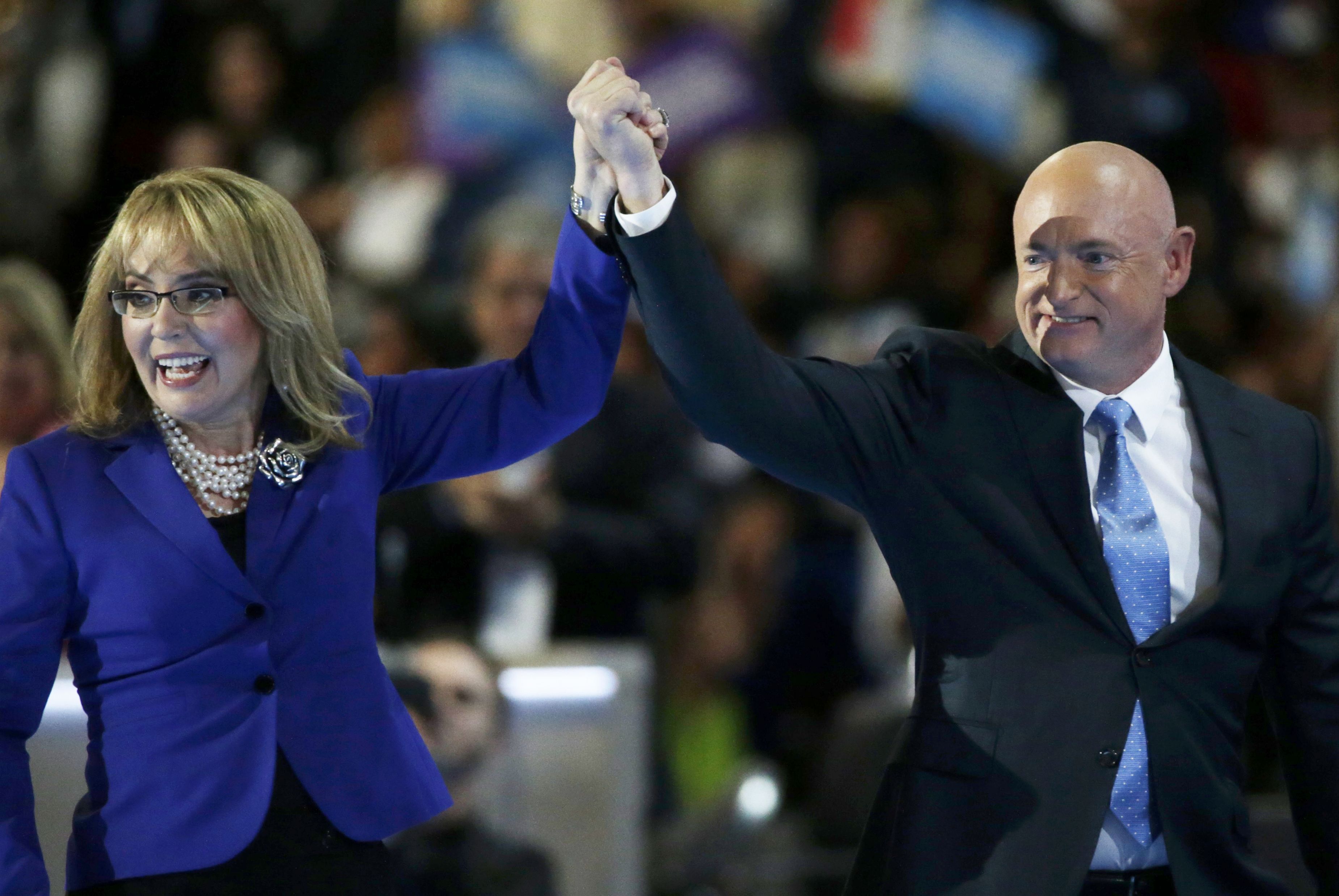 Former Arizona Congresswoman Gabby Giffords, a Democrat, and a shooting victim herself, and her husband Mark Kelly had strong words for lawmakers after the deadly mass shooting in Las Vegas, urging elected officials to do more than offer their "thoughts and prayers" to victims of gun violence.

The former astronaut charged that Congress has done "absolutely nothing" to stop further acts of gun violence and instead is working to craft legislation to "weaken our gun laws."

"Imagine how much worse this shooting could have been if the gunman had a silencer," he suggested.

He added that gun violence in America is now an "epidemic that needs to be cured."

"Days like this remind us how quickly things can change. We're angry, but we also have a choice," he said. "We can offer thoughts and prayers and move on through life, numb to these losses," said Kelly.

"Or we could choose courage. We can decide this problem is worth our greatest efforts and reject the idea this is inevitable," he added.

Kelly suggested that Congress must now work to pass "good legislation" that keeps deadly weapons out of the hands of would-be killers, and directed his remarks to the White House.

"We need a president that recognizes we have a gun violence problem and will work toward solutions," he said. "Americans need more than our president's payers. We need his plans."

The two also called on Congress to establish a special commission to work together in a bipartisan fashion "toward solutions that will save lives."

"The nation's counting on you," Giffords declared, with a fist extended toward the Capitol.

"The bipartisan committee would make recommendations to prevent unspeakable tragedies such as the mass shooting in Las Vegas and to restore confidence in the safety of our communities," said Pelosi in a statement on Monday.

In a statement released before the event, Giffords said, "I know this feeling of heartbreak and horror too well. The massacre in Las Vegas is a grave tragedy for our nation. This must stop - we must stop this."

She added that she was praying for her former colleagues and elected leaders to "find the courage it will take to make progress on the challenging issue of gun violence."

Giffords nearly died after being shot in the head on January 8, 2011 during a public event in the parking lot of a Safeway outside of Tucson. In the wake of that incident, she and her husband founded "Americans for Responsible Solutions," a group dedicated to reforming gun laws and reducing violence.

She has since spoken out on previous acts of gun violence, most recently, the June shooting at an Alexandria, Virginia baseball field that severely injured Majority Whip Steve Scalise, who returned to the Capitol for the first time since the shooting, in an emotional moment on the Hill last week.

Giffords called that incident "an attack on all who serve and on all who participate in our democracy."