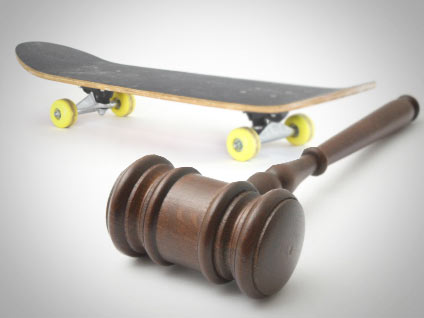 Rogowski, 44, had his parole hearing Monday at the San Luis Obispo prison where he is serving 31 years to life for raping, beating, and strangling 22-year-old Jessica Bergsten and dumping her body in the desert.

Deputy District Attorney Richard Sachs told the Board of Parole Hearings Tuesday that Rogowski, who was convicted 19 years ago, remains an unreasonable risk to society, reports CBS affiliate KFMB.

"I'm proud of our office's work to keep this inmate behind bars where he belongs," said District Attorney Bonnie Dumanis.

Rogowski will not be eligible for parole for another 7 years.

Rogowski called Bergsten's death misplaced revenge against his ex-girlfriend Brandi McClain. He claimed McClain broke his heart and that Bergsten was from the same mold, reports local station KGTV.

According to The Los Angeles Times, Rogowski was one of several skateboarders in the 1980s who were part of an early craze for the sport. The Carlsbad resident had commercial endorsements and a budding career as a movie stunt-double.