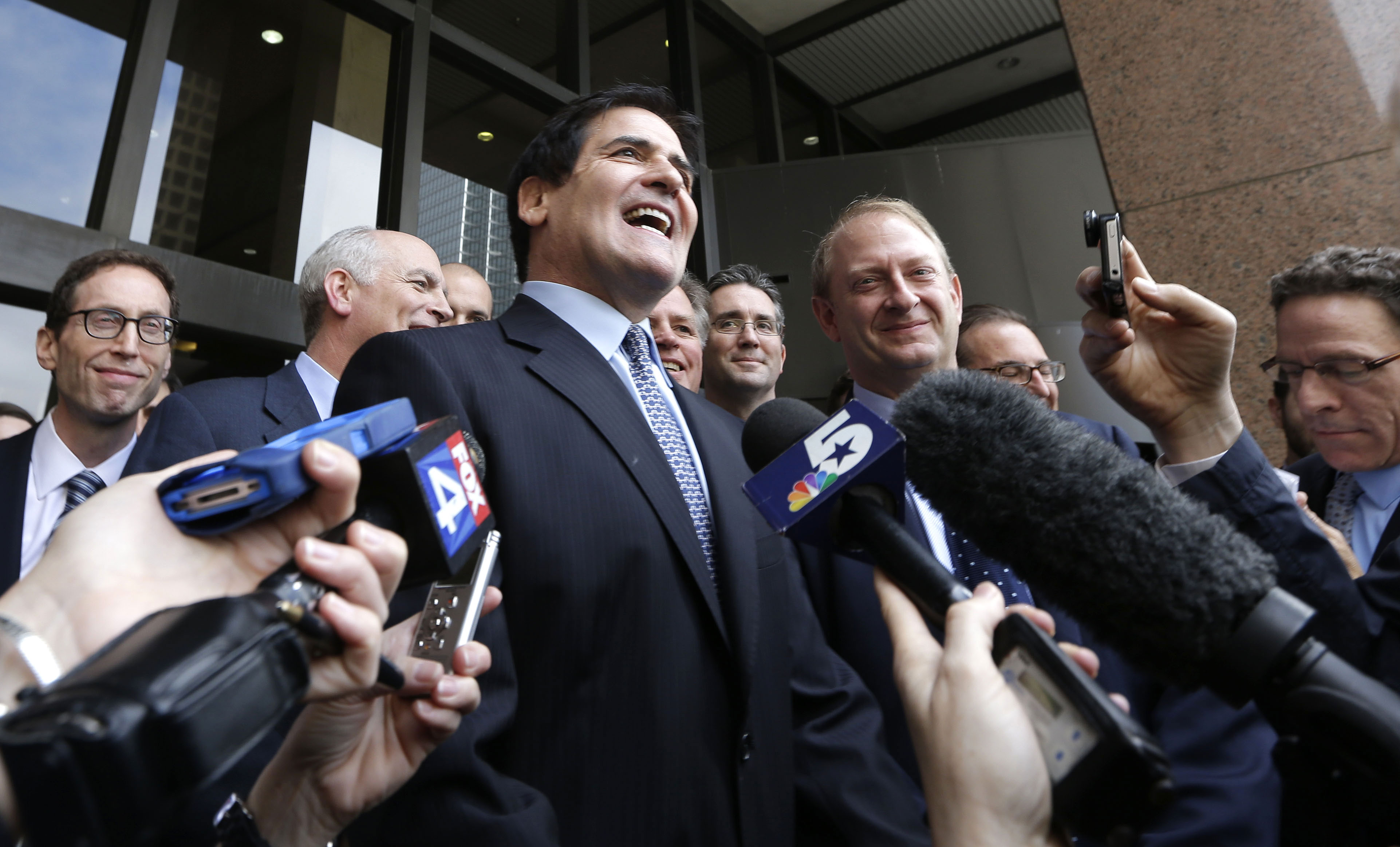 (MoneyWatch) Mark Cuban won a years-long fight with the federal government Wednesday when jurors said that the billionaire basketball team owner did not commit insider-trading when he sold his shares in an Internet company in 2004.

The jury in federal district court in Dallas found that the Securities and Exchange Commission failed to prove the key elements of its case, including the claim that Cuban agreed to keep certain information confidential and not trade on it.

The nine-member jury deliberated for about four hours before reaching the unanimous decision to end a three-week trial.

Cuban hugged his lawyers after the verdict, then called family members. During an impromptu news conference outside the courthouse, he angrily denounced the SEC and its lead trial attorney, Jan Folena, saying that they lied about the evidence and targeted him because of his fame. He said that defendants of lesser wealth could have been bullied.

"Hopefully people will start paying attention to how the SEC does business," Cuban said. "I'm the luckiest guy in the world. I'm glad this happened to me. I'm glad I'm able to be the person who can afford to stand up to them."

Folena, who left the courthouse just minutes before Cuban, said, "We believe we did the best we could in this case, and things turn out the way they turn out."

The SEC accused Cuban of using inside information to sell $7.9 million of stock in Mamma.com Inc. in 2004 after he learned confidentially of a stock offering that would depress the price of shares in the search engine company. The agency wanted Cuban to repay $750,000 in losses that he avoided, plus pay a penalty. It was a civil lawsuit, so the Dallas Mavericks owner and regular on the ABC reality show "Shark Tank" didn't face criminal charges.

The jury seemed to foreshadow its decision when it chose as its leader a woman who said that she had served on another jury that acquitted a defendant charged with fraud. She gave no other details of the case.

The SEC sued Cuban in 2008. U.S. District Judge Sidney Fitzwater dismissed the lawsuit in 2009, but his ruling was overturned by an appeals court, which sent the case back to Fitzwater for the trial that ended Wednesday.

Sports Illustrated listed Cuban among the 50 most powerful people in sports. He built the hapless Mavericks into an NBA champion winner, along the way building a reputation for berating referees. The NBA has fined him at least $1.5 million for his comments.

Forbes magazine estimates Cuban's wealth at $2.5 billion. If the jury had ruled for the SEC, Cuban could have faced roughly $2 million to $3 million in fines and penalties. On Wednesday, Cuban he said that he spent much more than that on the lawyers who delivered him a victory in the courtroom.