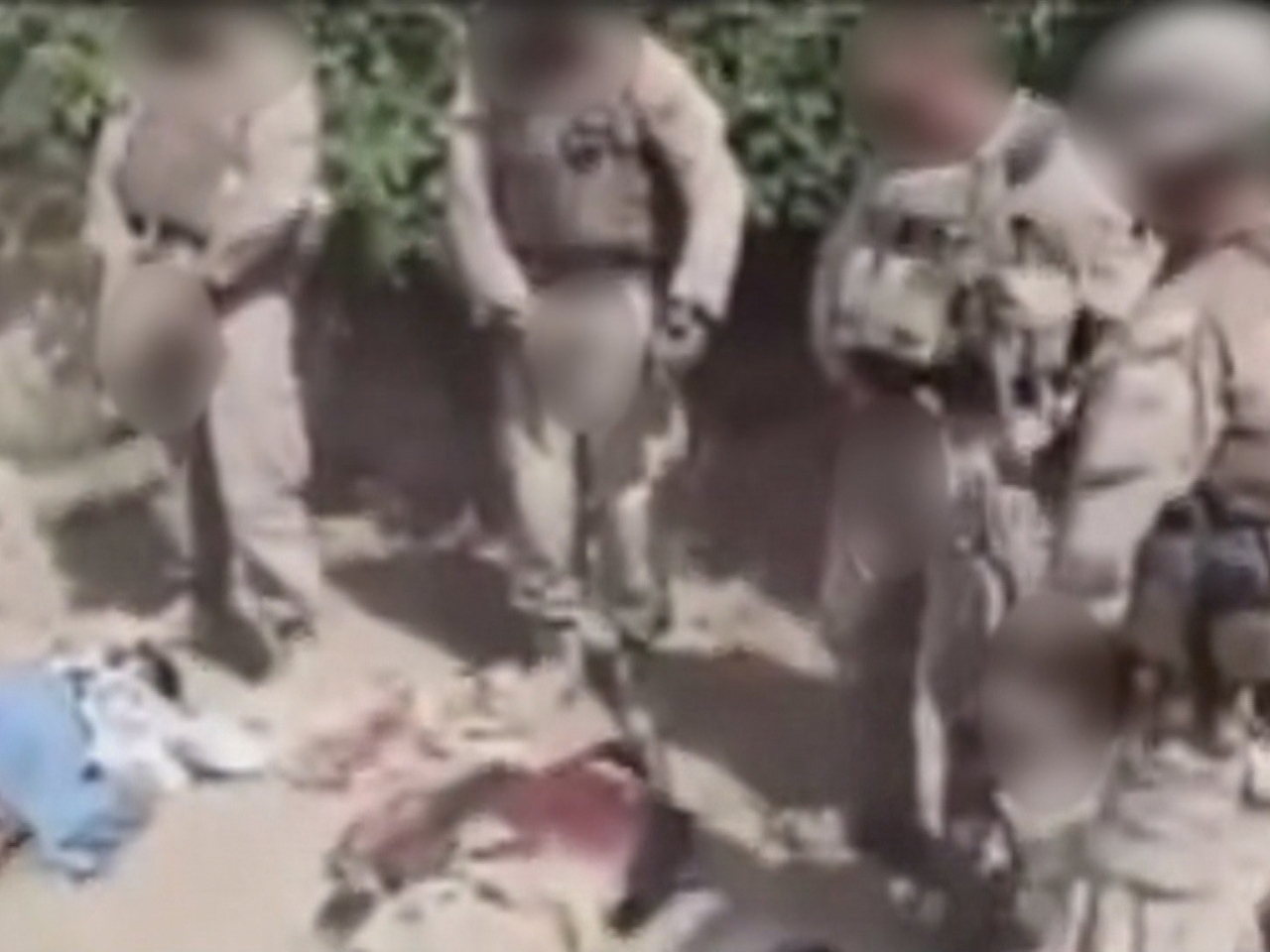 (AP) WASHINGTON - Two Marine non-commissioned officers will be court-martialed for allegedly urinating on the bodies of Taliban fighters last year in Afghanistan and posing for unofficial photos with casualties, the Marine Corps said Monday.

The charges against Staff Sgt. Joseph W. Chamblin and Staff Sgt. Edward W. Deptola are in addition to administrative punishments announced last month for three other, more junior Marines for their role in the urination episode.

The disclosure in January of a video showing four Marines in full combat gear urinating on the bodies of three dead men led to a criminal investigation by the Naval Criminal Investigative Service as well as a Marine investigation of the unit involved, the 3rd Battalion, 2nd Marines, which fought in the southern Afghan province of Helmand for seven months before returning to its home base at Camp Lejeune, N.C., last September.

In the video, one of the Marines looked down at the bodies and quipped, "Have a good day, buddy."

In a statement Monday, the Marine Corps said disciplinary actions against additional Marines will be announced later. It also said there are "other pending cases related to this incident," but said no specifics would be made public now.

The urination video was one in a string of embarrassing episodes for U.S. forces in Afghanistan in recent months. American troops have been caught up in controversies over burning Muslim holy books, posing for photos with insurgents' bloodied remains and an alleged massacre of 16 Afghan villagers by a soldier now in U.S. confinement.

The Marine Corps said the urination took place during a counterinsurgency operation in the Musa Qala district of Helmand province on July 27, 2011. The decision to court martial Chamblin and Deptola was made by Lt. Gen. Richard P. Mills, the commanding general of Marine Corps Combat Development Command.

When the video came to light on YouTube, U.S. military officials sternly condemned the misconduct. Defense Secretary Leon Panetta said he feared that it could set back efforts to begin reconciliation talks with the Taliban.

Chamblin and Deptola also were charged with other misconduct alleged to have happened on the same day as the urination incident. That includes dereliction of duty by failing to properly supervise junior Marines, failing to report their misconduct and failing to require them to wear their personal protective equipment.