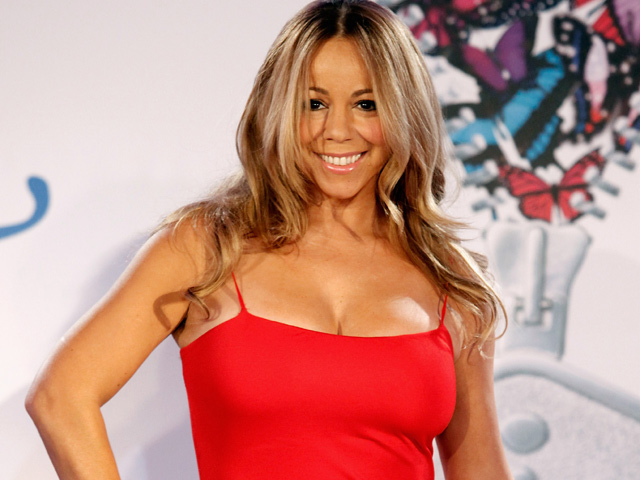 "I think the fact that the babies are in the video is great," Mariah told Extra's AJ Calloway while shooting the music video.

The 41-year-old Carey and husband 31-year-old TV personality Nick Cannon have been married for three years and welcomed twins Moroccan and Monroe.

Carey, who recently lost 70 pounds on the Jenny Craig weight loss program after her pregnancy, told Extra carrying the extra weight was "tough...my bones were not used to it."

Earlier in the month, Carey was named the new brand ambassador for the diet, due to her weight loss using the program.

"I have my clavicle back," said the pop singer. "I thought I had lost my bones forever. I couldn't find them."

"When Christmas Comes," is coming out soon.