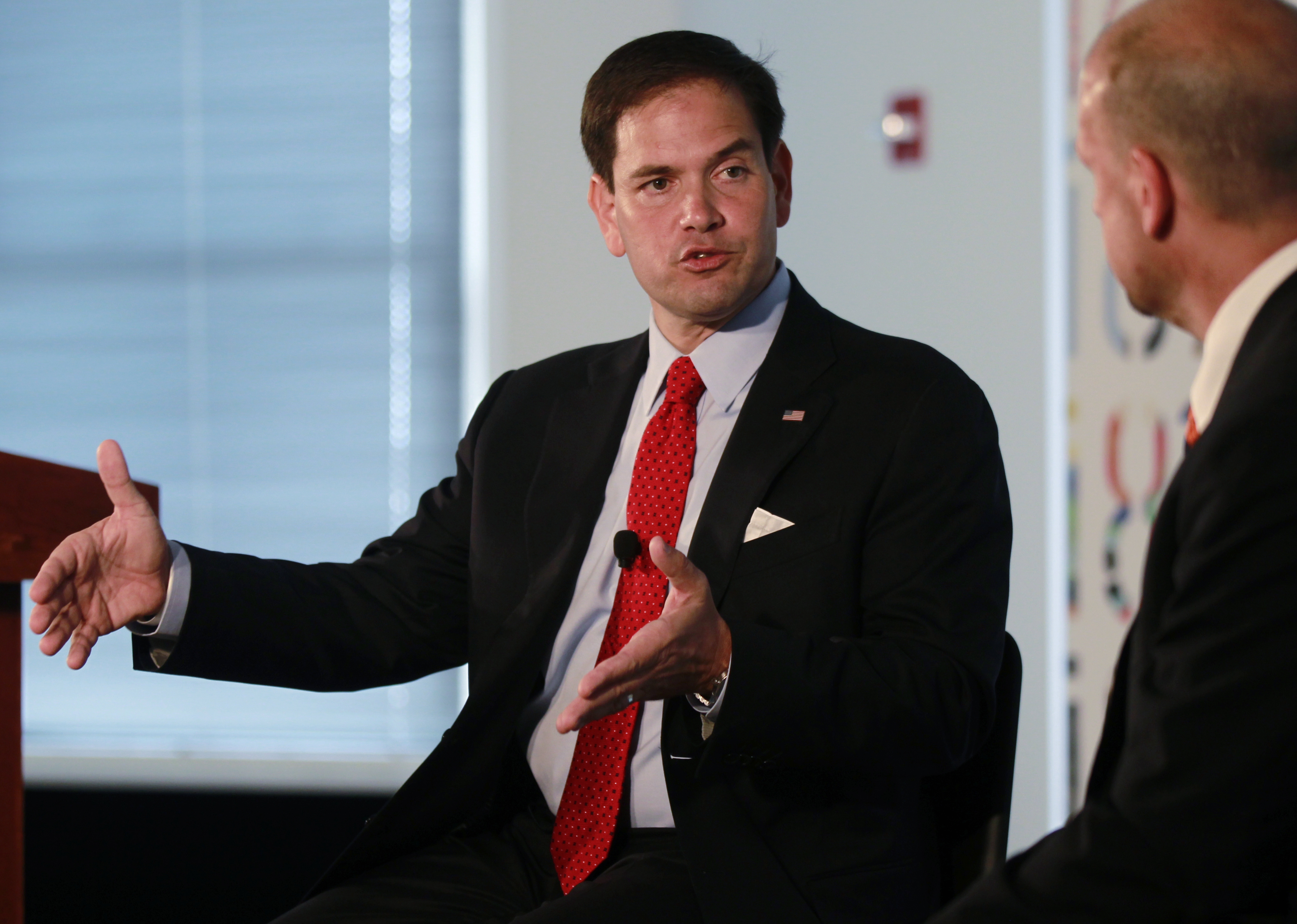 CHICAGO --Florida Sen. Marco Rubio pitched himself as the presidential candidate of the future in a speech Tuesday, arguing he's better equipped than his rivals to govern a rapidly transforming and innovating America.

Rubio's choice of venue for the speech - his first major domestic policy address since he announced his presidential campaign - was no accident. He spoke at 1871, an incubator for digital start-ups in Chicago.

187s is a hub of "digital innovation," Rubio said -- an organization at the forefront of what the senator referred to as today's "technological revolution." Among the apps that have sprung from 1871: Spot Hero - an app that helps you find parking right away and Options Away, which allows passengers to hold a flight at a certain price without actually booking it. One of Rubio's GOP primary rivals, Kentucky Sen. Rand Paul, spoke at the organization in the spring.

In his speech, Rubio, the second-youngest candidate in the GOP field at 43 years old, framed himself as the human embodiment of 1871 -- the only presidential candidate in the field with the perspective needed to lead the country in the 21st century. Even the title of the speech -- "Jobs For A New American Century" -- hinted at Rubio's forward-looking message.

"For the first fifteen and a half years of this century, Washington has looked to the past," Rubio said. "Our economy has changed, but our economic policies have not. And we have learned, painfully, that the old ways no longer work - that Washington cannot pretend the world is the same as it was in the '80s, it cannot raise taxes like it did in the '90s, and it cannot grow government like it did in the 2000s."

"We need a new president for a new age," he added. "One with original ideas to unlock the two great doors to the future: the doors of innovation and education."

Much of the speech laid out his platform on the economy and education.

Rubio proposed cutting the corporate tax rate to make the U.S. "competitive with the average of 25 percent for developed nations." He called for establishing a "territorial tax system," which he said would bring money back to the economy held overseas by companies not wanting to be taxed on foreign income. Critics allege that territorial taxing would encourage companies to increase capital abroad, which would then lower wages back home.

Rubio cited several specific technologies on the horizon - self-driving cars, virtual reality, robotics - but said that we have "quite nearly the exact opposite" of a business-friendly economy. He noted that U.S. corporate taxes are the highest in the developed world -- a claim that fact-checking organization Politifact has rated mostly true. The U.S. has the highest statutory tax rate and the second highest effective rate, among advanced industrialized nations.

At one point, Rubio managed to get a laugh from the 100 or so attendees in the audience (some sporting Marco Rubio t-shirts) by joking that self-driving cars would be great for him, considering recent news reports. It was a clear nod to a recent New York Times piece that explored his family's checkered driving history.

In his single reference to immigration policy, Rubio called for a shift to a system based on merit - designed to attract the world's best and brightest workers - rather than a system based on familial relations. He did not mention his past support for a comprehensive immigration bill that includes a path to citizenship -- a stance that has earned plaudits from immigrant and Latino groups but one that has put him at odds with most of the rest of the Republican primary field.

On the subject of education, Rubio proposed tackling the growing problem of higher education debt by making income-based repayment automatic for all graduates. He wasn't clear on whether this would include only federal loans. He also raised the idea of Student Investment Plans, which would allow investors to pay the cost of tuition for students and then take a cut of the students' salary after college.

He didn't target any of his Republican primary opponents by name, but focused his criticism on Democratic frontrunner Hillary Clinton.

Rubio called for expanding access to vocational schools as early as high school -- a proposal on which he and Clinton might be able to find common ground. Last year, at Arizona State University, Clinton called for the country to "get back to really respecting vocational and technical work."

The Senator raced off to Iowa after the speech for a busy couple days of campaigning. The trip marks Rubio's third visit to Iowa, site of the nation's first presidential nominating contest, in 2015.

Of his previous two trips, one occurred after he announced his candidacy and one came in February on a book tour. Rubio's first event in Iowa this time will occur in Des Moines at the Exile Brewing Company. He'll hold a happy hour with the Bull Moose Club, a forum for Iowa Republicans under the age of 40, and he's hoping he'll find a receptive audience for his message about the generational divide.

Of the GOP's 2016 candidates, only retired neurosurgeon Ben Carson and former Pennsylvania Sen. Rick Santorum have addressed the group thus far this cycle.