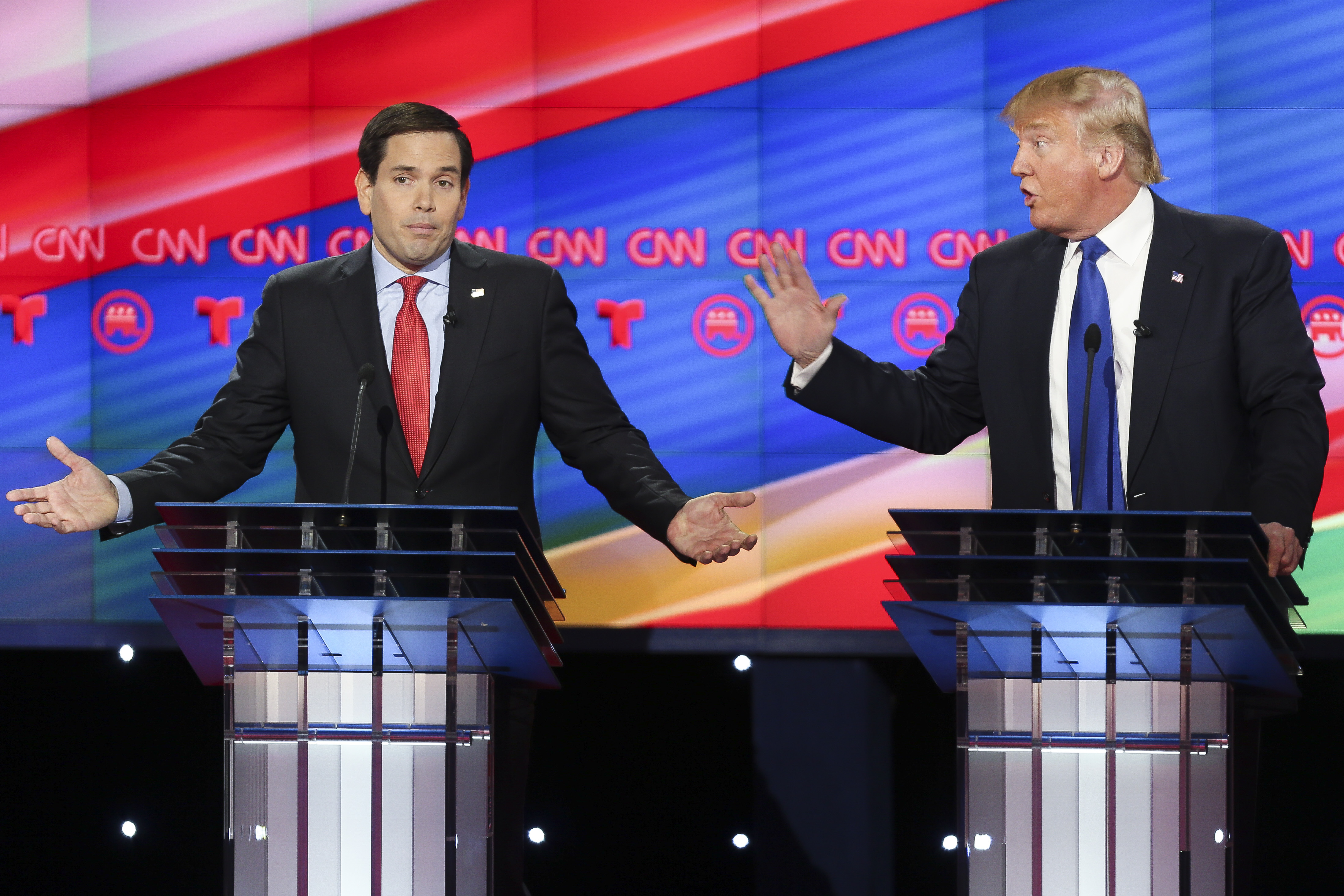 WASHINGTON -- The sniping between Donald Trump and Marco Rubio that started at Thursday night's Republican debate is only getting nastier this weekend.

"He couldn't get elected dog catcher in Florida," Trump said Saturday in Arkansas of the Florida senator.

"He's flying around on Hair Force One," Rubio fired back at a campaign event in suburban Atlanta.

For the second day, the candidates hurled the kind of insults more often heard in a schoolyard than in a presidential campaign.

"Donald Trump, a con artist will never get control of this party."

"I see him starting to sweat," Trump recalled of Rubio at the debate. "Thank God he has really large ears, the biggest ears I've ever seen, because they were protecting him."

"The man with the worst spray tan in America is attacking me for putting on makeup," Rubio told supporters. "Donald Trump likes to sue people -- he should sue whoever did that to his face."

Rubio is betting on mudslinging to defeat the GOP front-runner, but others in the party fear a Trump victory is inevitable.

Meanwhile, party leaders, including Senate Majority Leader Mitch McConnell, are working on a backup plan. The Times reported McConnell has given GOP incumbents the green light to break with Trump if he's the nominee.

But the Grand Old Party may be too decentralized. Various attempts to launch stop Trump efforts went nowhere, like a super PAC proposed in a memo that was circulated last fall to top donors, including billionaire Sheldon Adelson.

Trump's opponents do seem to have unified around calling on him to release his tax returns.

To up the pressure, Rubio provided forms Saturday showing he and his wife made $2.3 million from 2010 to 2014 and paid $526,000 in taxes. But they are just summaries of those filings -- they're not the complete returns like Hillary Clinton has provided and Mitt Romney released in 2012.