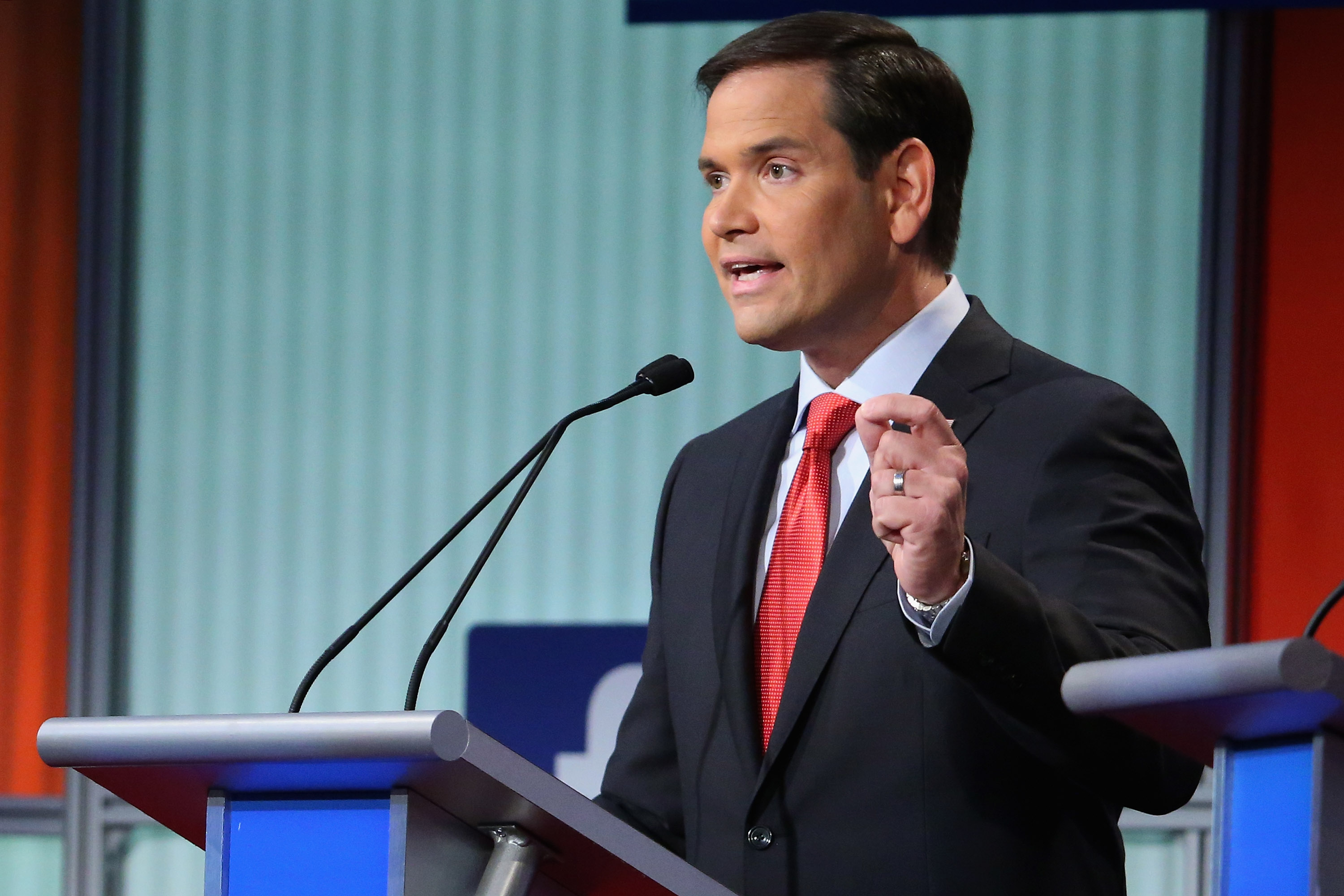 As the United States raises its flag over an embassy in Cuba for the first time 54 years, Republican presidential candidate Marco Rubio is slamming the Obama administration for bringing "legitimacy to a state sponsor of terror."

"President Obama has rewarded the Castro regime for its repressive tactics and persistent, patient opposition to American interests," Rubio said Friday in a speech at the Foreign Policy Initiative in New York City. "He has unilaterally given up on a half-century worth of policy toward the Castro regime that was agreed upon by presidents of both parties.

"The deal with Cuba threatens America's moral standing in our hemisphere and around the world, brings legitimacy to a state sponsor of terror, and further empowers an ally of China and Russia that sits just 90 miles from our shore," the Florida senator added.

Secretary of State John Kerry arrived in Havana early Friday morning for the flag-raising ceremony at the American Embassy. While ranking U.S. and Cuban government officials will attend the formal event, no Cuban dissidents will be present to mark the occasion.

Rubio knocked their exclusion from the embassy opening, and added the event will be "little more than a propaganda rally for the Castro regime."

The U.S. embassy opening is largely symbolic -- Cuba restored full diplomatic relations with America last month -- but it has presented anti-Castro critics a fresh opportunity to condemn President Obama's thawing of ties between the two countries.

Rubio, who was born to Cuban American parents, promised that if he were elected president, he would roll back nearly all of Mr. Obama's policies on the island nation. He committed to restoring Cuba to the state sponsors of terrorism list and pledged support for Cuba's pro-democracy movement.

"We must guarantee that the United States stands on the side of the Cuban people, not their oppressors," Rubio said.

Speaking in a question-and-answer session after his keynote address, the White House hopeful added that he would attempt to allow Cubans unfettered access to the internet, in order to reverse a news "blackout" in the country.

And as the Senate heads to an up-or-down vote on the Iran nuclear deal in the coming months, Rubio blasted the accord Friday, calling it a "string of concessions to a sworn adversary of the United States." He also dubbed it the "most significant erosion" of U.S.-Israeli relations since the Jewish state's founding.

Rather than engaging diplomatically with Iran, the 2016 GOP contender asserted that a Rubio presidency would reimpose sanctions on the country. A Rubio administration, the Florida Republican promised, would ensure American military forces are well-positioned and equipped in the Middle East, and it would insist that a deal with Iran would never allow it to build a nuclear weapon -- "not now, not decades from now."